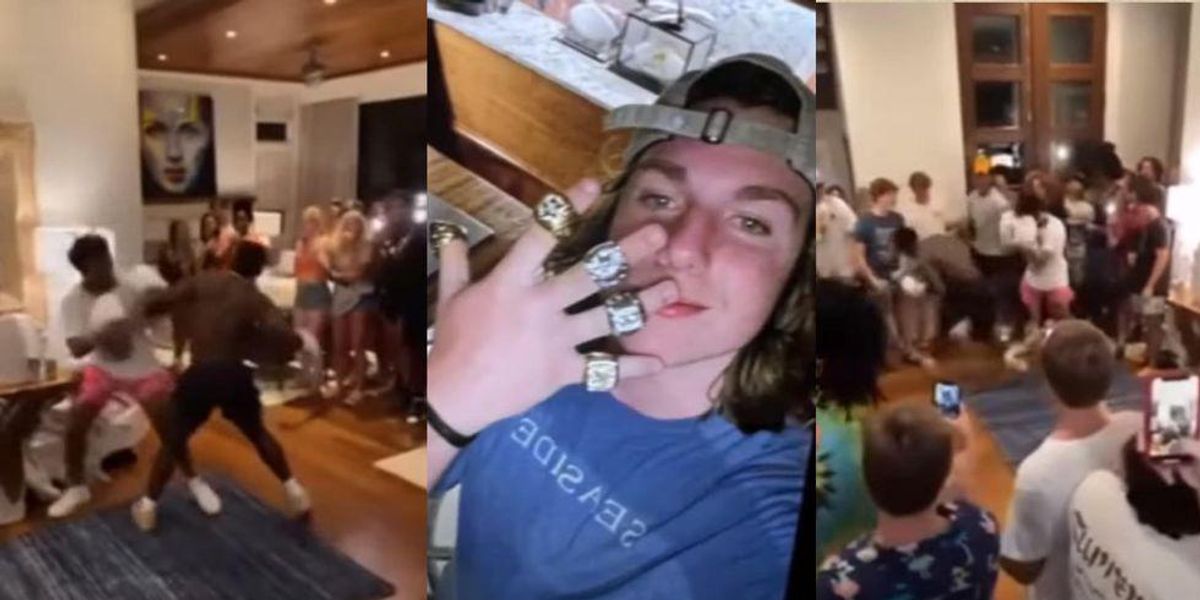 Teenagers broke into a Florida mansion to throw a massive party and police say they will identify the culprits through videos they posted to social media.

The Walton County Sheriff’s Office said they were called to a home by security on Blackwater Street in Walton County on Saturday.

They found the aftermath of a massive party by teenagers who had broken into the mansion on Friday evening. Some items were stolen and the home was damaged.

And police said the teens actually posted videos of what they did onto social media.

“It really baffles the imagination, the stupidity involved,” Sheriff Michael Adkinson said. “These geniuses took their cell phones and video taped everything and put it online.”

Adkinson said initially the police did not know that the home had been broken into. Investigators discovered that flyers for the event had circulated for a week prior to the event.

The sheriff told WEAR-TV that deputies are identifying the teens through the social media videos.

“We’re running these folks down and figuring out who needs to be arrested,” said Adkinson. “And ultimately getting to the responsible party.”

The videos shows some partygoers in a boxing match while others record the event on their cellphones. One teenager was bright enough to post a photograph of himself wearing jewelry found at the house.

The sheriff said they had already identified some of the individuals who participated in the party. Some were scholarship athletes.

He added that some parents had called them to snitch on their kids, while other parents were not cooperating and making it tougher for their kids in the long run.

“Their behavior is just so out of hand, they ought to be embarrassed,” Adkinson added. “Some of it’s clearly criminal.”

Here are some of the videos that were posted to social media:

Reid & Guest Blame Trump Immigration Policy for Deaths of Texas Migrants
Mississippi’s Governor Is Building Pro-Life Culture. Will Rest of America Follow?
A man who moved to New York City complained about bodegas and the cancel culture mob got him fired from his job
Out of Babylon
Stars Janelle Monae and Taraji Henson hit out at Supreme Court during BET awards