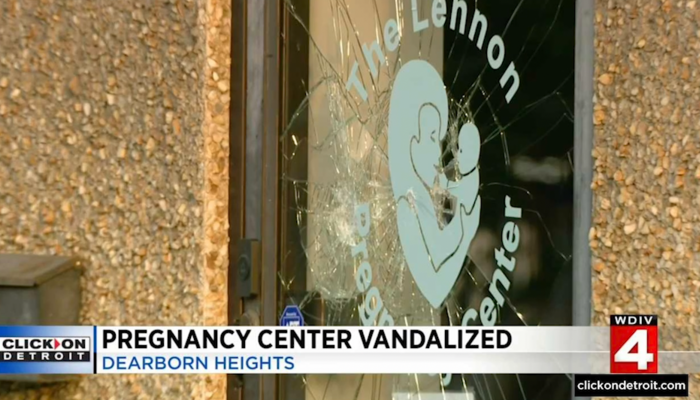 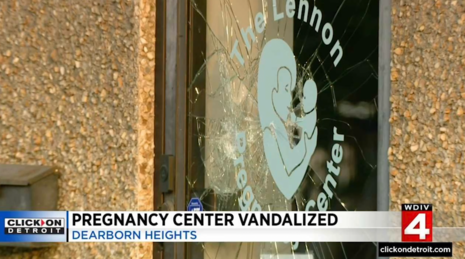 Late Sunday evening, vandals targeted a Michigan Pregnancy Center breaking nearly all the windows and spray-painting the scene, according to Click On Detroit.

Gary Hillebrand is the President of the Lennon Pregnancy Center in Dearborn Heights, Michigan and talked to Click On Detroit regarding the situation. He pointed out that protesters “Broke all the windows, basically” and said, “I feel bad for all the people who donate money, food and time here that some of that has to go to cleaning things up.”

Reports indicate that there were 11 windows smashed, three glass doors shattered and spray-painted graffiti on the sides of the building. Though the graffiti has been washed off, Hillebrand mentioned that the graffiti stated, “If abortions aren’t safe, neither are you.”

These actions mirror the other attacks that Jane’s Revenge has conducted across the nation over the last month and a half.

At the Capitol Hill Pregnancy Center in Washington D.C., vandals spray painted “Jane says Revenge” and threw egg on the windows and red paint at the front door. A Catholic Church in Boulder, Colorado was vandalized with “My Body My Choice” graffiti in early May. In Buffalo, New York protestors smashed windows and sprayed “Jane Was Here” on the clinic’s siding.

The recent attack in Michigan looks like those other targeted attacks across the nation and would indicate that, this too, was a targeted assault.

“I think it’s all related to Roe V. Wade coming down from the Supreme Court,” he said. “A lot of people are upset about that and taking it out, oddly enough, on people like us who are trying to help the ladies who are pregnant and need help.”

The Lennon Pregnancy Center devotes itself to helping women and families in need. Last month employees reportedly helped close to 100 mothers, fathers, and babies in need of medical assistance, resources, services, or materials.

Hillbrand noted that he and the staff are committed to helping families despite the attack. It’s likely that even more attacks will erupt across the nation as the Dobbs decision surfaces.