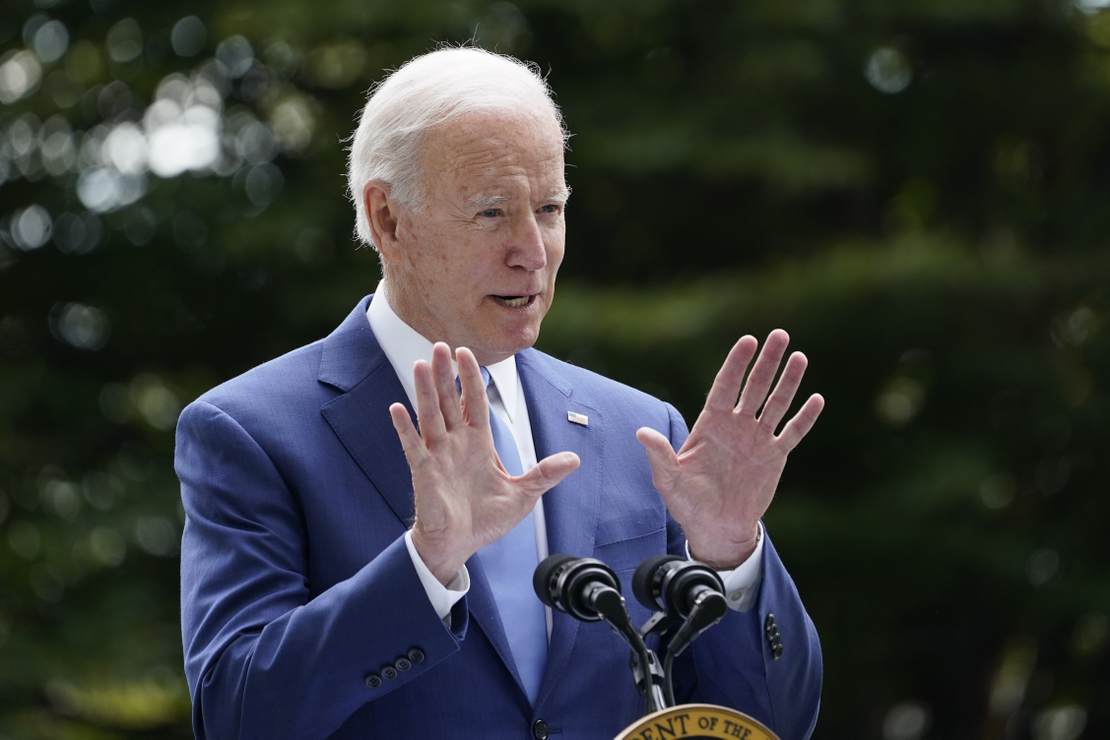 Remember when Joe Biden claimed he’d bring civility back to the White House? That was amusing. I can’t remember the Biden White House ever being a bastion of unity or civility — particularly regarding Donald Trump and his supporters. Despite promising to be a president for “all Americans,” Biden uses his bully pulpit to attack Trump supporters regularly. It doesn’t work out well when he does. For example, after six months of workshopping an attack line, the White House landed on “ultra MAGA,” which Trump supporters proudly co-opted, just as they did with Hillary Clinton’s “basket of deplorables.”

The Biden White House also doesn’t do a good job of defending Biden when he embarrasses himself. And the latest example is the response to Biden’s recent tumble on his bike while on his millionth vacation in Delaware this weekend. On Saturday, Biden’s Deputy Press Secretary, Andrew Bates, responded to Biden’s bike mishap in the worst possible way: by mocking Trump.

“Never seen Trump on a bike. Let alone get right back up and keep going,” Bates tweeted. “But to be fair, I have seen him run track masterfully.”

Never seen Trump on a bike. Let alone get right back up and keep going. But to be fair, I have seen him run track masterfully. https://t.co/vVMUsfsX0c pic.twitter.com/f1KD6BLGjj

This is hardly the first time the left has responded to a Biden stumble by referencing that video. They brought it up after Joe Biden tripped on the steps to Air Force One.

Singer/songwriter Richard Marx excused Biden’s fall by saying that “Biden, 78 and recovering from a broken foot, tripped while practically RUNNING up a flight of stairs,” yet “Trump, 74, couldn’t walk DOWN a RAMP unassisted.”

“Biden trips while running up a steep staircase, yet Trump couldn’t shuffle down a ramp,” tweeted some left-wing blue check doctor.

For the record, Biden wasn’t running up the steps — not that the truth matters to the left.

Biden himself mocked Trump after that video went viral in a lame attempt to suggest that he was more vibrant and vigorous than Trump.

FLASHBACK -> Biden mocks Trump’s ramp walk at West Point and claims he’s stronger: “Look at how he steps and look at how I step. Watch how I run up ramps and he stumbles down ramps. Come on.” pic.twitter.com/U7CL0dBSQA

The Biden campaign even referenced it in a campaign ad:

A quick search of social media posts yields countless results of liberals invoking Trump’s West Point descent down the ramp in response to Biden’s bike mishap. Bates even made multiple posts about it. Here’s another pathetic attempt to help his boss save face.

Maybe your memory is failing you. If I were you, I’d want it to.

That was just after this ⤵️.

Your argument is that Joe Biden is still more vigorous, enough to get right back up?

Has the man *strong* enough to bawl “Insurrection, I can’t lose!” ever even been on a bike? https://t.co/HuLakr672z pic.twitter.com/XrUUa2Evtw

I should point out (again) that Trump’s descent down the ramp at West Point was a bizarre attempt by the Biden campaign to flip the script on Trump, who had made Biden’s mental acuity and frailty an issue of the 2020 campaign. They claimed that Trump had to be “assisted” down the ramp, even though it’s evident in the video that he is not being assisted at all. Lt. Gen. Darryl A. Williams, the superintendent of West Point Academy, walked beside him but did not assist him at any point. Sometimes, clips of the ramp descent cut out the end, when during the final steps on the ramp, Trump sped up his descent and then sprightly reached the ground. The media desperately tried to make it appear that Trump was sickly looking and perhaps not healthy enough to be president… and then argued that Biden was somehow the better choice in this regard.

I don’t doubt it’s no easy task to respond to the plethora of incidents that expose Biden as too frail and mentally incompetent — there are so just many! Of course, we expect random leftists on social media to keep going back to attacking Trump — but when White House staffers are still talking about the West Point ramp incident to defend Biden, you’ve got a major messaging problem, especially when your best retort is misinformation.