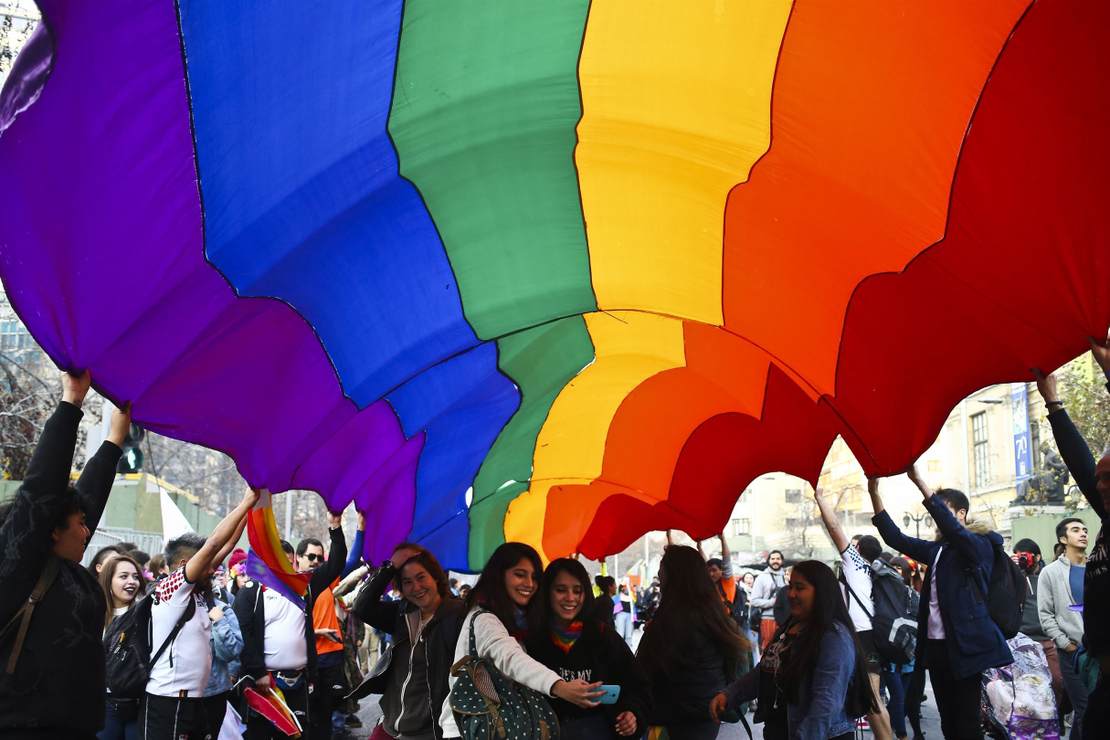 On Saturday, the New York Post published an exposé featuring teens who were brainwashed by the trans movement and hastily underwent “gender-affirming care” only to realize they made a mistake.

It’s a shocking read but an important one for parents of young teens who don’t realize how easily the trans cult can recruit their kids. The first girl featured in the article is 17-year-old Chloe, who decided at 12 she was transgender, came out at 13, and was prescribed testosterone that very same year. She underwent a double mastectomy at 15 … only to realize she had made a mistake less than a year later.

“I was failed by the system,” she said. “I literally lost organs.”

Chloe now is using her experience to warn others about her “cautionary tale.”

Chloe explains that she was brainwashed after joining Instagram at age 11. “I started being exposed to a lot of LGBT content and activism,” she explained. “I saw how trans people online got an overwhelming amount of support, and the amount of praise they were getting really spoke to me because, at the time, I didn’t really have a lot of friends of my own.”

Another girl, Helena, now 23, says Tumblr is what spurred her gender dysphoria.

“I was going through a period where I was just really isolated at school, so I turned to the Internet,” she told the Post. “My dysphoria was definitely triggered by this online community. I never thought about my gender or had a problem with being a girl before going on Tumblr.”

Helena says she felt political pressure to transition as well. “The community was very social justice-y. There was a lot of negativity around being a cis, heterosexual, white girl, and I took those messages really, really personally.”

“My dysphoria collided with my general depression issues and body image issues,” Helena explained. “I just came to the conclusion that I was born in the wrong body and that all my problems in life would be solved if I transitioned.”

Chloe had a similar experience.

“Because my body didn’t match beauty ideals, I started to wonder if there was something wrong with me. I thought I wasn’t pretty enough to be a girl, so I’d be better off as a boy,” Chloe said. “Deep inside, I wanted to be pretty all along, but that’s something I kept suppressed.”

Despite the growing number of young people who realize they were duped into believing they were transgender, earlier this week, the World Professional Association for Transgender Health bumped up its “recommendation” for hormone “treatments” for kids by two years. The group now recommends starting the process at 14 and says the mutilation stage of transitioning kids can be done as young as 15.

According to an online survey of de-transitioners conducted by Dr. Lisa Littman, a former professor of Behavioral and Social Sciences at Brown University, 40% said mental health problems were the cause of their gender dysphoria, and 62% said medical professionals did nothing to investigate whether there were was any trauma that contributed to their decision to transition.

Related: The Trans Movement Has the Media So Terrified That They’re Protecting Rapists

The damage done to these kids is irreversible, yet their ability to recognize they were brainwashed and use their experience to warn others makes them lucky. Earlier this week, a published study revealed a link between kids having access to “gender-affirming care” without parental consent and an increase in youth suicides.

“Medical professionals typically follow the affirmative-care model, which is supported by the American Psychological Association, validating a patient’s expressed gender identity regardless of their age,” the Post reports. “As a result, de-transitioners frequently report that getting prescriptions is a breeze. A total of 55% said their medical evaluations felt inadequate, according to Dr. Littman’s survey.”

Helena was able to get a testosterone prescription in less than an hour after one trip to Planned Parenthood. She never saw a doctor.

The forces of evil are out there to brainwash your kids. No one else will protect them but you, not even the medical profession. Only you can protect your children from the transgender cult. Don’t let them get your kids.

Philadelphia Inquirer editorial board: ‘These high gas prices aren’t Joe Biden’s fault’
What Kind of Person…
Massive Recall Announced, Normal Home Item Has Been Spontaneously Bursting Into Flames
On 50th Anniversary of Title IX, Biden Seeks to Undo Protections for Women
Netflix talks with Google about ads as Sarandos is set to address Cannes this week