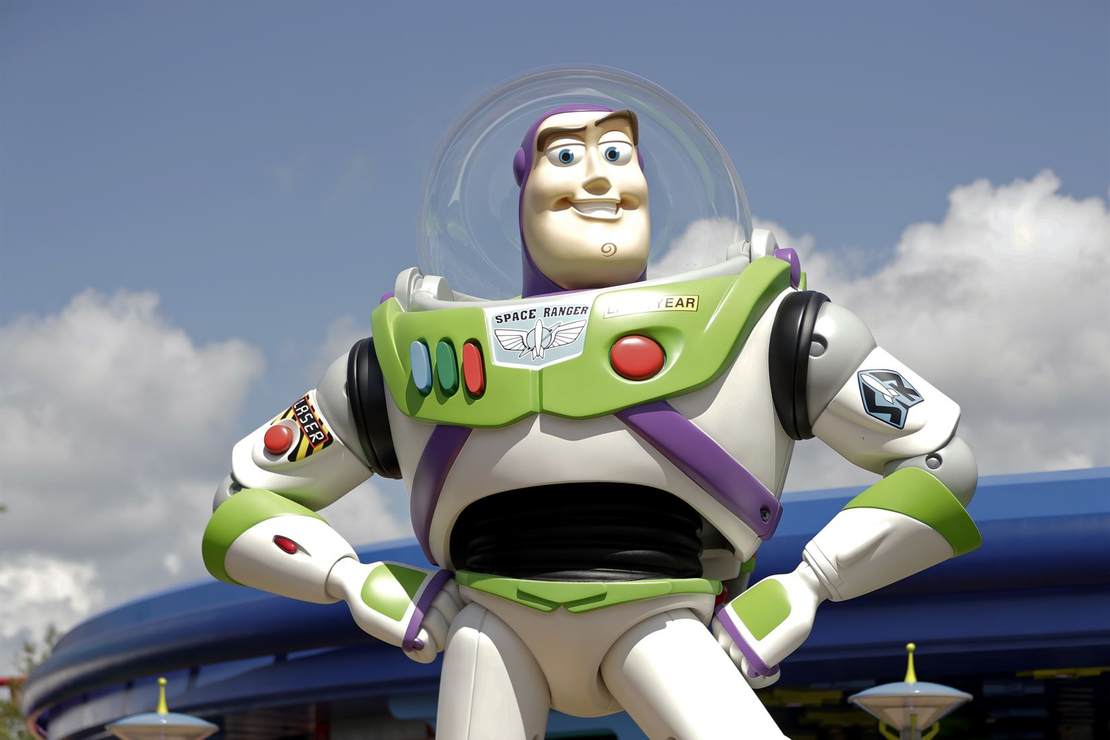 The origin story of Buzz Lightyear opens today, and so far the reviews are bad and the projected earnings are worse. And my only reaction is hysterical laughing. Parents have tried to tell Disney that shoving woke garbage down our kids’ throats won’t work. We’ve told them on social media, we’ve sold our stock, and we’ve written letters, but no matter what consequences they get they push forward with their “not-so-secret-gay-agenda,” as one Disney insider put it. It’s not just the gay stuff (Lightyear features a lesbian relationship and an onscreen kiss), but the woke agenda is every bit as annoying as pushing the gay envelope.

Patricia Heaton believes Disney made another major blunder by replacing Tim Allen as Buzz Lightyear. Instead, super-woke Chris Evans is taking over, and boy is it a mistake. “Saw the trailer for Buzz Lightyear and all I can say is Disney/Pixar made a HUGE mistake in not casting my pal Tim Allen in the role that he originate,” she wrote. “Tim IS Buzz! Why would they completely castrate this iconic, beloved character?”

Saw the trailer for Buzz Lightyear and all I can say is Disney/Pixar made a HUGE mistake in not casting my pal @ofctimallen Tim Allen in the role that he originated, the role that he owns. Tim IS Buzz! Why would they completely castrate this iconic, beloved character?

I know why. Tim Allen would never have put up with the woke direction Pixar wanted to take. Allen is one of Hollywood’s few outspoken conservative-leaning stars. He made a career out of being a man doing manly things like woodworking and souping up fast cars without apology. He would never have participated in the script that a bunch of critical race theorists wrote for Lightyear.

Bleeding Fool has the upsetting details.

Did they really make a Buzz Lightyear movie that transforms the loveable Buzz into a toxic male who needs to be corrected by other characters of diverse backgrounds? Could they actually believe that would be an enjoyable kids’ flick?

But it gets worse. According to my friend, the movie also features changes to the bad guy, Zerg (Zurg?), which are so drastic that it completely changes the way kids and parents will look at the villain. I have no idea what that means, but I was informed it wasn’t good. That means that both Buzz Lightyear and his nemesis are intrinsically altered in a negative way. For Buzz, he will now be strung through the critical race theory formula: he goes from being a hero to all and now becomes a character who has innate bias against minorities which he must overcome through shame. Imagine being a minority child playing with a Buzz Lightyear toy and watching that be the basis of your action figure.

I’d rather drive nails up my arm than watch this movie or expose my young son to it — and on Father’s Day weekend of all days! If Disney thinks the average American family wants to pay for more woke proselytizing (while they’re busy trying to remove this crap from schools at board meetings across America) they are dead wrong. We’re not going to do it. Get wrecked, Disney!

The projected numbers reveal the coming disaster. According to IndieWire, Lightyear is going to have the lowest opening of any of the summer blockbusters.

Unlike the three other highly anticipated franchises to debut since May — “Doctor Strange” (Disney), “Top Gun: Maverick” (Paramount), and “Jurassic World: Dominion”(Universal) — Pixar’s “Lightyear” (Disney) will be the only one to open under $100 million. Projections are around $75 million, which might be a generous assessment.

How long will it take for Disney to get tired of plummeting stocks and lost revenue? Will they continue to put the LGBTQWTF cult agenda ahead of the bottom line? If history holds, they will continue on this self-destructing path just to send the right virtue signal to an audience that cannot keep Disney in business. That’s what you get when corporations get overtaken by social justice warriors. The message is more important than keeping the doors open or the shareholders happy. They literally don’t care if 90% of you hate it; they’re going to push it on you in spite of that and enjoy doing it.

My favorite review of Lightyear is this one from Robbie Collin of the Daily Telegraph. “The problem with Pixar’s latest feature isn’t just that it’s the animation house’s dullest, dreariest, most spiritually empty to date. It’s that it fails even on its own painstakingly contrived open-goal terms.”

Why is it “spiritually empty?” Because the values behind it: far-leftism, critical race theory, and LGBTQ+ cult programming are all philosophies that are not rooted in truth but in deception. And the audience feels it whether they know why or not. Woke culture is a spiritual vacuum. It is a religion without any moral code other than forced compliance and punishments for those who disagree. There is nothing true, noble, right, pure, lovely, admirable, excellent, or praiseworthy within it. There is nothing but darkness, fear, force, anger, resentment, and envy inside those philosophies. You will comply or you will regret it, is not the winning message they think it is.

Related: Wokeism Is a Religion Without Grace

And as for the new Buzz Lightyear played by ultra-woke Chris Evans, who should be stripped of his Captain America uniform, he embodies the mindset of the woke philosophers totally. In response to the criticism from parents who don’t want LGBTQ+ cult programming forced onto their toddlers, he said, “The real truth is those people are idiots… There’s always going to be people who are afraid and unaware and trying to hold on to what was before. But those people die off like dinosaurs.”

“The real truth is those people are idiots… There’s always going to be people who are afraid and unaware and trying to hold on to what was before. But those people die off like dinosaurs.”

— Chris Evans on critics of #Lightyear’s inclusion of a gay couple pic.twitter.com/NDtEU5us62

Well, that will convince us to see this stupid movie, right? They truly don’t understand why they are so repulsive to normal people. Most people just want kids to be kids and have a good time at the movies without pushing any political or too-adult agendas on them. But not the Church of the Woke adherents! Their religious material must be shoved into every single institution, entertainment, and corporation. These people are determined that you WILL see the world through their lens, and they will not stop until you are forced to, even on a run to pick up some bread and milk. Tolerance isn’t enough. You will fly their flags, march in their parades, and celebrate their every belief…or else!

Related: The First Rule of Gay Club Is You DO NOT Talk About Gay Club! Groomer Teachers Plot on Zoom

That’s why we have to tell them NO. And when the opportunity presents itself to make at least one money-conscious nerd within a corporation get heart palpitations looking at the recent sales numbers you have to jump on it. Don’t go see Lightyear. Stay home and let Disney deal with the consequences of their own slavish fealty to the Church of Woke.