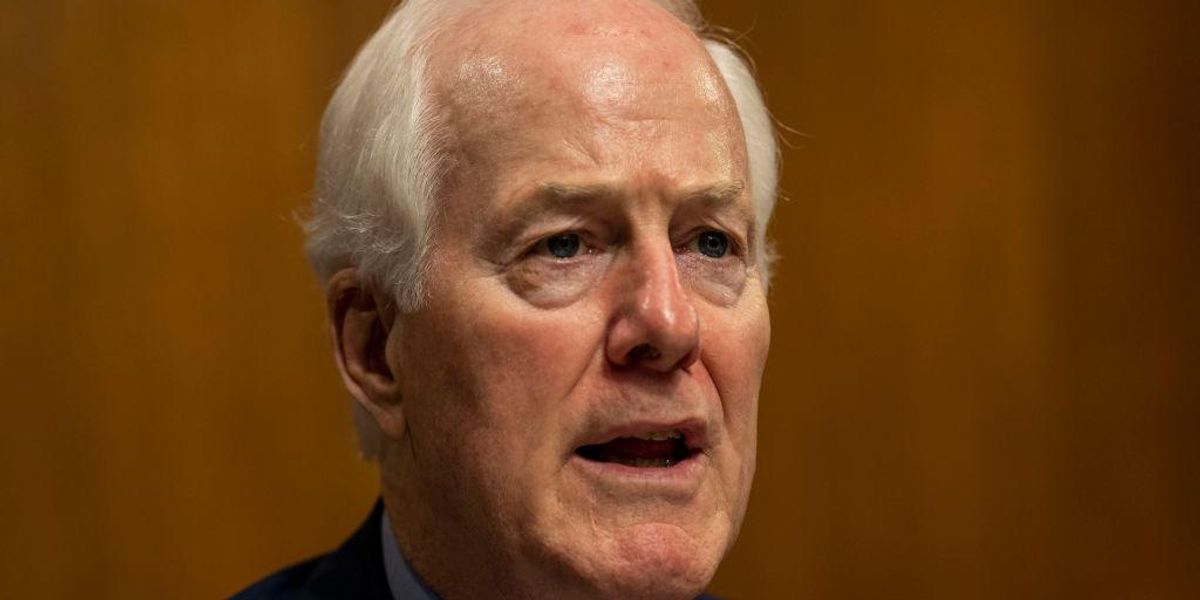 U.S. Senator John Cornyn (R-Texas) was loudly booed at the Republican Party of Texas Convention in Houston, where the state GOP adopted a resolution condemning the bipartisan gun control framework he has negotiated in the Senate.

As Cornyn took the stage to speak Friday afternoon, members of the audience chanted “no red flags” and “say no to Cornyn,” drowning out his remarks with furious objections to the new gun control measures proposed by a gang of 20 senators in the wake of the elementary school massacre in Uvalde, Texas.

u201cUS Sen John Cornyn gets viciously booed during much of his speech here at the Republican Party of Texas Convention. Hereu2019s his closing remarks and the cascade of boos.u201d

According to NPR’s the Texas Newsroom, many of the people attending the convention called Cornyn a RINO — Republican in name only — for being the lead Republican negotiator on the gun deal, which would fund mental health programs and incentivize states to pass “red-flag” laws.

Gun rights activists oppose red-flag laws, which permit authorities to seek a court order to take an individual’s firearms away if that person is believed to be a danger to themself or others, on the grounds that they have insufficient due process protections to prevent abuse. The bipartisan framework would not enact a federal red-flag law, instead it would provide financial incentives to state governments that choose to enact such laws. It would also expand background checks for gun purchases to include the juvenile and mental health records of people under 21.

Cornyn attempted to defend the bipartisan deal during his speech, telling Texas Republicans it would include “more mental health resources, more support for our schools and making sure that violent criminals and the mentally ill cannot buy a firearm,” according to reporter Sergio Martínez-Beltrán. But the crowd was unwilling to listen.

Pictures posted on Twitter showed convention goers tossing lanyards with Cornyn’s name on them into the trash.

u201cTX GOP convention: red lanyards are @JohnCornyn lanyards. Friend wrote me: “People are throwing them away in droves to get a different one.” nnNow Texans just need to throw him out of office.u201d

Earlier on Thursday, the Republican Party of Texas’ Platform Committee unanimously approved a resolution that condemned the gun deal Cornyn negotiated with Democrats and the other nine Republicans who are in favor of it, Texas Scorecard reported.

The text of the resolution reads:

Whereas “red flag laws” violate one’s right to due process and are a pre-crime punishment of people not adjudicated guilty.

Whereas waiting periods on gun purchases harm those who need to acquire the means of self defense in emergencies such as riots.

Whereas all gun control is a violation of the Second Amendment and our God given rights.

As of yet, there is no draft bill for the gun control deal. Several Republicans, including Senate Majority Leader Mitch McConnell (R-Ky.) have expressed reservations about throwing their full support behind the framework before seeing the legislative text.