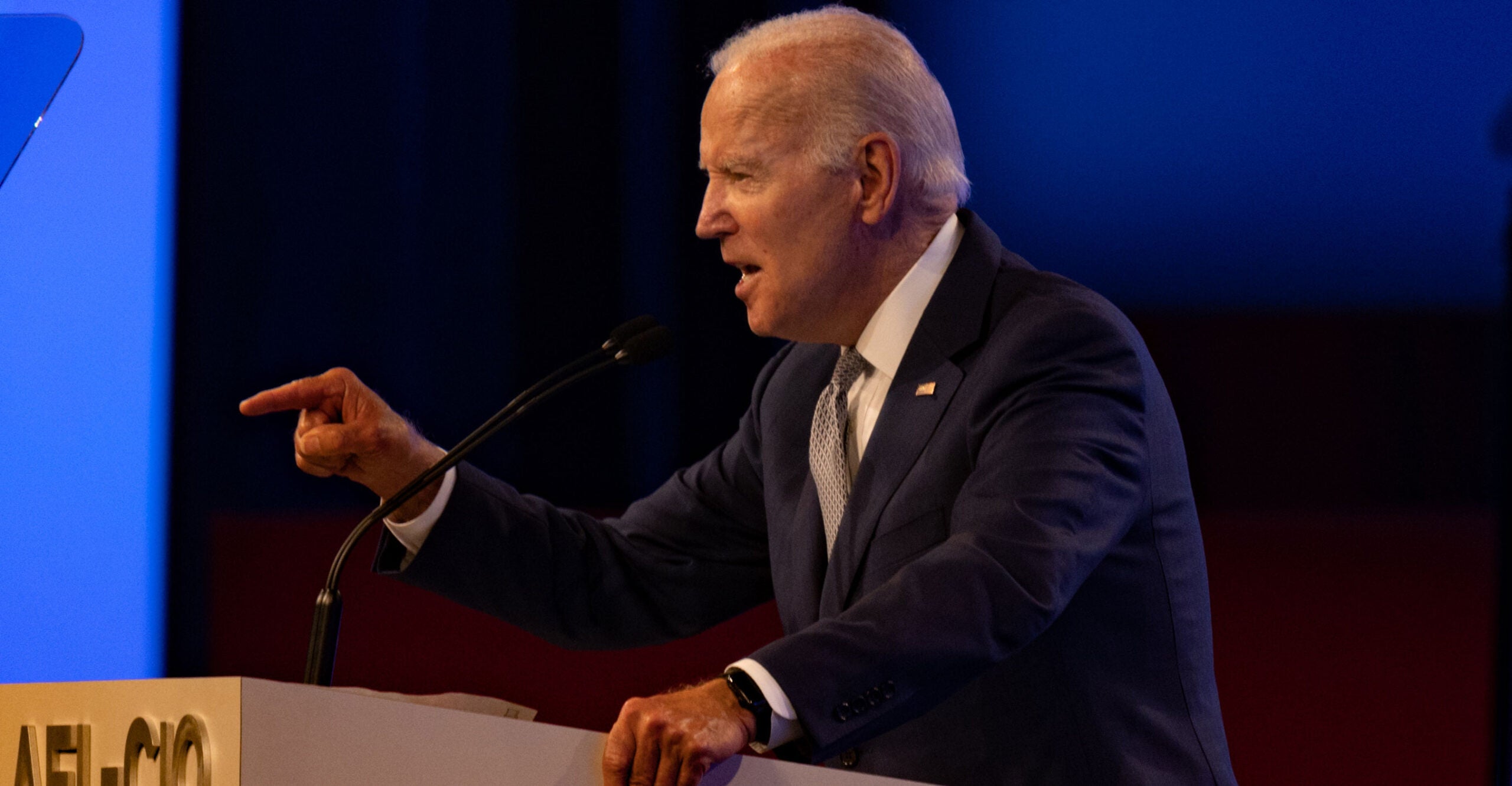 As President Joe Biden was coming to the conclusion of his address at the AFL-CIO Convention on Tuesday, he made an inadvertently ironic observation.

“Because we said we hold these truths to be self-evident, that all men and women are created equal, endowed by their Creator with certain inalienable rights: life, liberty,” said Biden.

“We’ve never met the goal, but we’ve never—other than the Trump administration—tried to walk away from that goal,” he said.

“And it gets better every time we push,” said Biden. “And unions, unions are going to play a critical role in that future.”

So, the Trump administration walked away from the goal of protecting the God-given right to life recognized in our Declaration of Independence, but Biden and the AFL-CIO did not?

Hardly. The exact opposite is true.

When the Supreme Court’s draft opinion in Dobbs v. Jackson Women’s Health was leaked last month, Biden once again made clear that he favors federal “codification” of the “right” to kill an unborn child.

As Biden was boarding Air Force One on May 3, he told reporters: “I think the codification of Roe makes a lot of sense.”

He also, according to the White House, invoked religion in defense of abortion. “Roe says what all basic mainstream religions have historically concluded … that the existence of a human life and being is a question,” said Biden. “Is it at the moment of conception? Is it six months? Is it six weeks? Is it—is it quickening, like Aquinas argued?

“I mean, so the idea that we’re going to make a judgment that is going to say that no one can make the judgment to choose to abort a child based on a decision by the Supreme Court, I think, goes way overboard,” said Biden.

Here, Biden inadvertently refuted his own position on abortion by using carelessly candid language, describing an abortion as choosing “to abort a child.”

By advocating a law to codify a right “to abort a child,” Biden plainly violates the principle that, as he puts it, holds that “all men and women are created equal, endowed by their Creator with certain inalienable rights: life, liberty.”

When the Dobbs draft leaked, she tweeted a link to a Washington Post story about this draft opinion. The Post story carried this headline: “Supreme Court is ready to strike down Roe v. Wade, leaked draft shows.” Shuler stated in her tweet: “Access to health care without fear and intimidation is every person’s right. We must be able to control our own bodies—which has a direct impact on economic justice and the ability of working people to make a better life for themselves and their families.”

So, what Biden candidly called “the judgment to choose to abort a child,” Shuler calls controlling “our own bodies.”

Obviously, this union boss would not let a child targeted by abortion control his or her own body.

The Supreme Court that Biden and Shuler fear is about to overturn Roe includes three justices who were nominated by President Donald Trump. All three—Neil Gorsuch, Brett Kavanaugh and Amy Coney Barrett—would need to join Samuel Alito and Clarence Thomas in order to reverse Roe (assuming—as is reasonable—that Chief Justice John Roberts lacks both the intellectual integrity and moral courage to do so).

If Roe is overturned, the decision “to abort a child,” as Biden would say, would not be outlawed. It would be returned to the states.

In the intense state-by-state debates that would follow, the anti-abortion side would ultimately win.

Unfortunately, the current president of the United States recognizes the same truth—that the issue is about whether it should be legal “to abort a child”—but he holds allegiance to his pro-death political party over the fundamental principle stated in the Declaration of Independence.

Millions of innocent human beings have been murdered in their mothers’ wombs in the United States over the past five decades because Biden and politicians like him have lacked the moral and political courage to defend the God-given right to life.

This will be their bloodstained legacy.

Biden Pentagon Pledges To Protect Abortion Access For Troops
Any Institution the Left Doesn’t Control They Seek to Destroy
The Inconvenient Truth About COVID-19 Relief Scandals
US destroyer sunk in 1944 off Philippines becomes deepest wreck ever discovered
We Can’t Trust Polling on the Jan. 6 Committee