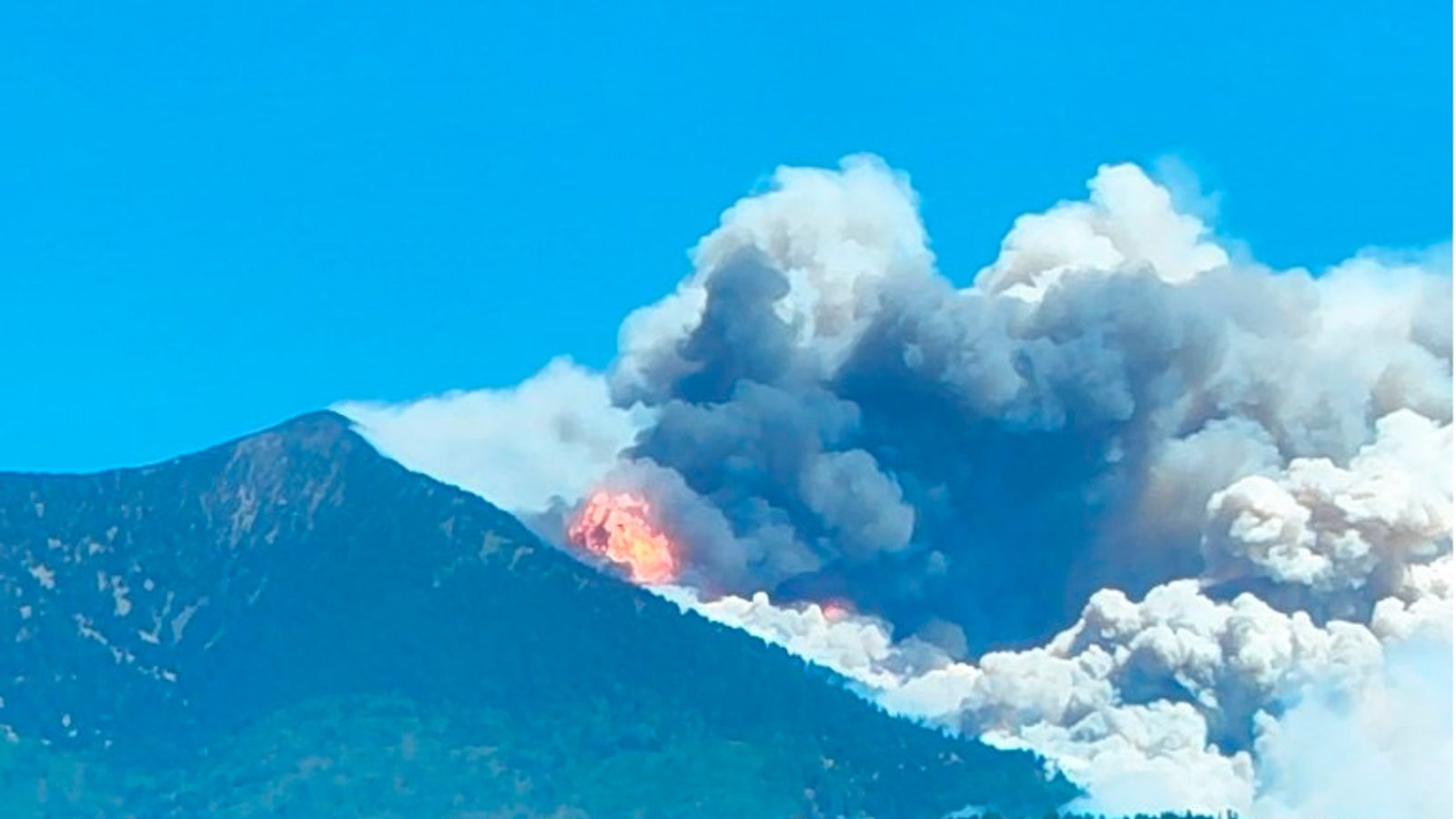 Floodwaters have swept away homes, whole bridges and chunks of road, and 100 million Americans have been placed under heatwave warnings to stay at home, as the United States is hit with a surge of extreme weather events over just two days.

Torrential rain and a melting snowpack triggered the deluge that forced the evacuation of some parts of Yellowstone National Park, cutting off electricity and forcing the rare closure of all five entrances indefinitely, just as the summer tourist season kicked off.

There were no immediate reports of injuries, though dozens of stranded campers had to be rescued by raft in south-central Montana.

“This is flooding that we’ve just never seen in our lifetimes before,” said Cory Mottice, a meteorologist with the National Weather Service in Billings, Montana. 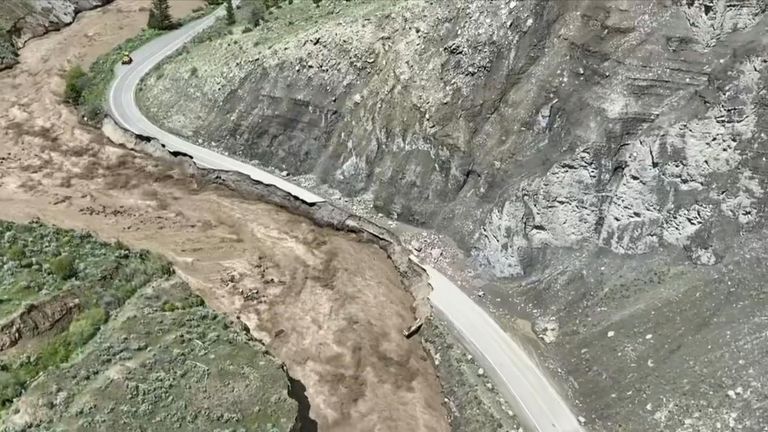 US road destroyed by flooding

Images and video footage showed a landslide, a bridge washed out over a creek, and roads badly undercut by churning floodwaters of the Gardner and Lamar rivers.

As the flooding surged in Montana other extreme weather events raged elsewhere in the country.

More than 100 million Americans are being warned to stay indoors as a heatwave settles over states stretching through parts of the Gulf Coast to the Great Lakes and east to the Carolinas.

The heatwave had already set several high temperature records in the West before it moved east.

Meanwhile, parts of the usually lush regions around Flagstaff, northern Arizona, which should offer respite from desert heat, blazed again this year, fuelled by winds that grounded air services on Monday.

Parts of a mountainside burned so intensely its image was likened to an erupting volcano.

Fire crews were anticipating more moderate winds on Tuesday and beyond, hoping it would help them bring the blaze under control.

The fire has largely spared homes so far, but has spread into a wilderness area and towards a lava dome volcano.

Roughly 2,500 homes have been evacuated because of two wildfires burning on the outskirts of the city.

Hundreds of other people in California and New Mexico have also been forced to flee homes threatened by wildfires.

Elsewhere in California, mudslides and debris flows forced the closure of nearly 50 miles of Highway 70 in Butte and Plumas counties.

Fires burn up and remove vegetation and roots, which destabilises the ground and hinders soil from absorbing water.

At least 42people found dead inside a Texas lorry
Percentage of Americans saying the country is headed in the wrong direction spikes to 85%
China Is More Dependent on U.S. And Our Technology Than You Think
AOC demands ‘consequences’ for Supreme Court after Roe overturned, claims ‘hostile takeover’ took place
Is COVID Now a Pandemic of the Vaccinated?