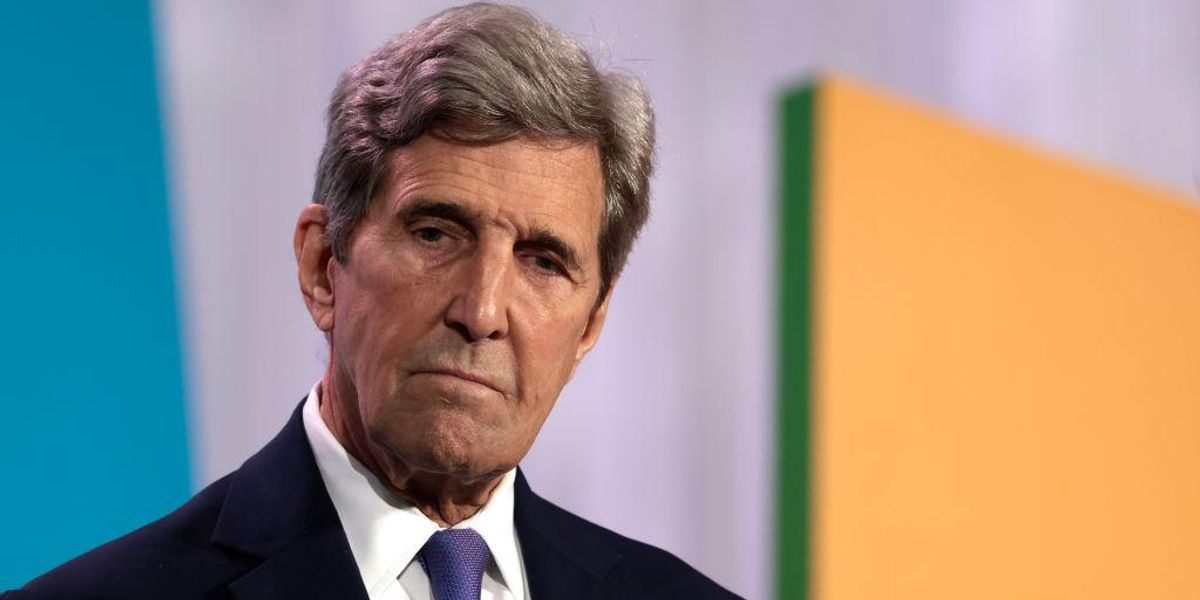 During remarks last week, Special Presidential Envoy for Climate John Kerry said that “energy security worry is driving” the thinking that there is a need for additional drilling and for going “back to coal” — but he flatly rejected those notions.

“No we don’t. We absolutely don’t,” Kerry declared, adding that “we have to prevent a false narrative from entering into this or … we are cooked.”

Kerry’s comments come as Democrats continue to peddle climate alarmism, even as Americans shell out beaucoup bucks filling up their gas tanks amid skyrocketing fuel prices — as of Tuesday, the AAA national average price for a gallon of regular gas is a whopping $5.016. Rapidly rising fuel costs result in higher transportation costs, which can also lead to higher prices for all sorts of goods and services.

“I disagree with the Climate Czar on this one: we absolutely must drill for more oil and gas. Relying on foreign oil imports while pretending to use wind & solar is not a feasible strategy,” Vivek Ramaswamy tweeted.

u201cI disagree with the Climate Czar on this one: we absolutely must drill for more oil and gas.nnRelying on foreign oil imports while pretending to use wind & solar is not a feasible strategy.u201d

“The arrogance and elitism of this…” Jason Howerton commented.

“A guy who doesn’t have to worry about gas prices because of his family’s money and wife’s money has no problem saying something as elitist as this,” Dana Loesch tweeted.

GOP Sen. Josh Hawley’s press secretary Abigail Marone quipped, “hey @JohnKerry i will give you my venmo if you want to pay for my next tank of gas to compensate for your idiotic policies.”

Prior to his current post, Kerry served as Secretary of State during a portion of President Barack Obama’s tenure in office. Kerry, who spent more than two decades serving as a U.S. Senator from the state of Massachusetts, lost the 2004 presidential election to incumbent Republican President George W. Bush.