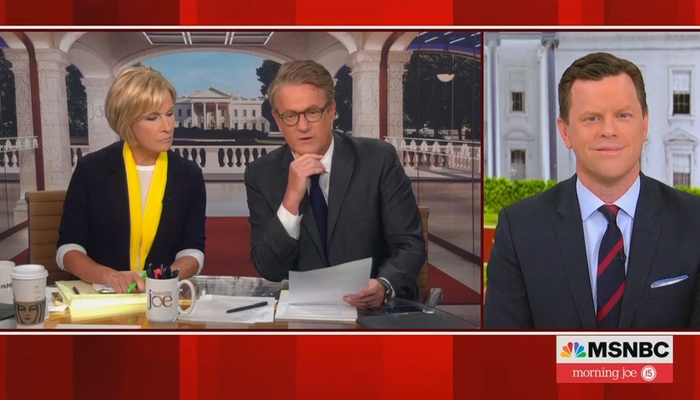 The left’s reactions to the January 6 hearings just keep getting more and more entertaining. On the Tuesday edition of Morning Joe, main host Joe Scarborough took it to a heavily exaggerated level when talking about former Attorney General Bill Barr by comparing him to a character on The Simpsons.

To start, Scarborough and friends called Barr out for “sucking up” to Trump. These reactions come after Barr criticized Trump for being “detached from reality” in his deposition to the committee, but said he would still support him in 2024 over a Democrat.

However, it’s no wonder Barr would pick Trump over a Democrat if he was the 2024 Republican nominee. Looking around, it is clear that the Democratic Party is going south with their “progressive” ways. A few of these include killing Americans financially, censoring their opinions, and even better:  smothering Americans—including minors, with immoral LGBTQRSTUV+ ideologies. Because the majority of Americans surely want those policies in place, right?

Scarborough branded Barr “unpatriotic” and “sick” all while expressing to viewers: “I don’t want to get too melodramatic.”

Yeah, congratulations, Joe, you certainly were not dramatic at all.

However, this is the icing on the cake. Talking to Willie Geist about Barr’s flip-flopping opinions, he said to him: “So, Willie I’m reminded of– actually Apu from The Simpsons,” a convenience store owner.

“When Homer left after leaving his stint at the convenience store, Apu said, ‘he slept, he stole, he was rude to the customer and, yet, there goes the best damn convenient store employee I’ve ever had,’” explained Scarborough. 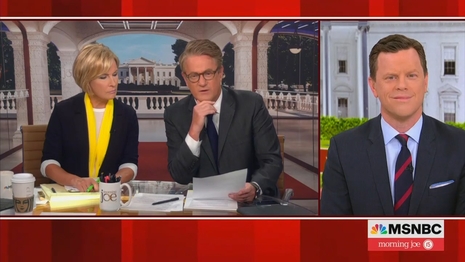 That’s right, that’s who Joe compared the former United States Attorney General to. Because he thinks that Barr saying he’d still vote for Trump again despite calling him “delusional”, is the equivalent of a fictional cartoon dynamic.

And what did Willie Geist say to this “insight?” He praised Scarborough, saying, “I did not see that reference coming, very impressive from you, Joe–that Simpsons reference to connect that back to January 6.”

Geist continued to further this elaborate analogy. Talking about how other Republicans “have written entire books about rescuing the Republican Party and all the problems with Donald Trump and how he almost brought democracy down with him,” adding that they still say “yeah, but if he is the nominee, I would vote for him.”

He then proposed a “solution.” “I don’t know write in your mother, or write in Ronald Reagan, or whatever it is.”

Because writing in dead people and others who are clearly not in the race for public office is definitely the way to go, a way of taking our country’s democratic process seriously. Those at MSNBC are just a few of the people who constantly call on the GOP to take our government aspects such as the election process seriously, but fail to do that themselves.

In fact, they are so hypocritical that they go as far as to compare a real government figure to a character from a cartoon series who has absolutely nothing to do with American government. All because this government figure knows how much the Democrats will give in to the radical left.

This just goes to show people that these hearings are not for democracy, but for the sake of political theater designed to distract people from the real problems that America is facing.

This example of media bias was proudly made possible by Xfinity and Discover.

JOE SCARBOROUGH: And you have especially in that case –

MIKA BRZEZINSKI: Even after they left.

SCARBOROUGH: – Bill Barr. Even after he left, he leaves, he gives this positive statement when he is leaving. And then I believe when he is asked in March about Trump, he said he’d vote for him again. “I appreciate the opportunity to update you this afternoon,” he wrote in his resignation, “department review of the voter fraud allegations in the 2020 election and how these allegations will continue to be pursued.”

He knew it was a lie. He said it was, quote, “bullshit.” And yet, he puts in departure a note about how we’re going to continue pursuing these allegations that Barr says repeatedly he knows is a lie and then he says later he’d vote for him again. That’s just unpatriotic. I mean, I don’t want to — I don’t want to get too melodramatic.

I think it’s sick and there’s just no excuse. Especially, it’s always sick, but the way that people in Washington think, they go, “oh, I’ve got to protect my career,” don’t really understand you protecting your career more than, you know, protecting the flag, protecting the Constitution.

But Barr’s career is over. He was at the end of the career. He sullied his reputation to go back and work for Trump and when he figured out that Trump was crazy, his words, “out of his mind, detached from reality,” he still – he still was sucking up to him, even at the end.

SCARBOROUGH: So, Willie I’m reminded of—

SCARBOROUGH: –actually Apu from The Simpsons. When Homer left after leaving his stint at the convenience store, Apu said, “he slept, he stole, he was rude to the customer and, yet, there goes the best damn convenient store employee I’ve ever had.” So here, you have Barr going, and I wrote it down, that he is full of B.S.—

BRZEZINSKI: I’m going to allow this.

SCARBOROUGH: –idiotic claims. What he did was a, quote, “grave disservice to the country. He lied about the election. He tried to subvert democracy. He lived in an alternate reality. He was delusional. He should never be close to the reins of power again. And yet, yeah, I’ll vote for him if he’s the Republican nominee.” There are no words.

WILLIE GEIST: And he’s not the first, by the way. I did not see that reference coming very impressive from you, Joe–

SCARBOROUGH: Thank you so much.

GEIST: –that Simpsons reference to connect that back to January 6. But he’s not the first, he won’t be the last. We’ve heard other Republicans who have written entire books about rescuing the Republican Party and all the problems with Donald Trump and how he almost brought democracy down with him, and then saying, yeah, but if he is the nominee, I would vote for him.

You can say, I think, Joe, it is an option, I might sit that out, I might not vote, or, I don’t know write in your mother, or write in Ronald Reagan, or whatever it is. But to see what we all see very clearly in black and white during this hearing, most of us have known it but now the whole country is seeing it with evidence from Republican witnesses, from his own advisers, from Trump’s own advisers.

To watch that and then say, bad, but I’d still like to see him in the White House again if it is a choice between him and any Democrat, that — everything else you’ve just said falls apart doesn’t matter you’ve criticized him publicly or privately, if you’d say, I want to see him back in the White House. That’s your definitive statement.