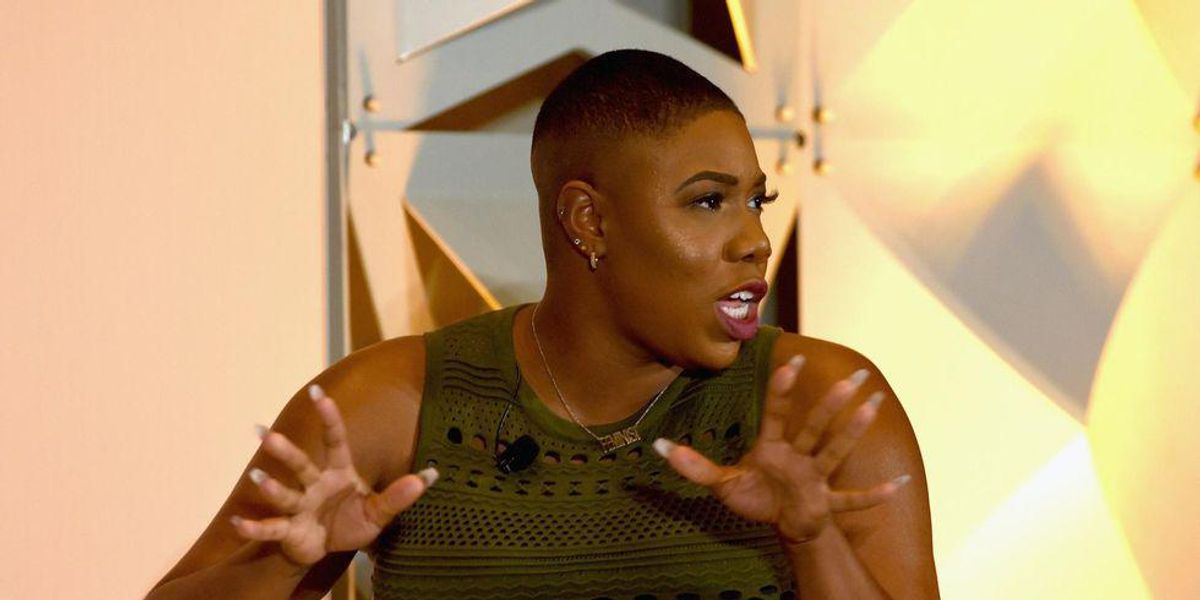 A former top aide to President Joe Biden said gas prices won’t matter if people are living under martial law after an “insurrection” is successful.

Symone Sanders made the comments on the “Hell & High Water” podcast with John Heilemann released on Tuesday.

Sanders was defending Republican Rep. Liz Chaney of Wyoming when she criticized progressives for saying that the televised Jan. 6 Committee hearing was not relevant because gas prices were so high.

“What she is doing matters, it matters for our Democracy,” said Sanders.

“Those people at the capitol that day, they went home, that’s the thing that really keeps me up at night. For people that said they didn’t watch the first hearing, I got into a very spirited debate with some of my young people, and I’m like, ‘Do ya’ll not care?’ And they’re like, ‘oh but gas!'” she continued.

“Mm-mm! The gas won’t matter if an insurrection is successful and y’all living under martial law,” Sanders said.

“So I really think that uh, people have to, uh, I think everyone just needs to take a breather,” she concluded, “and if you think January 6 doesn’t matter, if you think this is something that just happened, you know, well over a year and a half ago at this point, and we just need to move on, you are sorely mistaken.”

Sanders was also formerly a spokesperson for Vice President Kamala Harris before leaving that troubled office in order to helm her own MSNBC show. She faced mockery and ridicule after the ratings for her first show at the progressive news network were embarrassingly low.

Gas prices have skyrocketed to record levels alongside nearly every other consumer good which has led to Biden garnering damagingly low poll numbers ahead of a pivotal midterm election.

Here’s the video of Sanders’ comments: