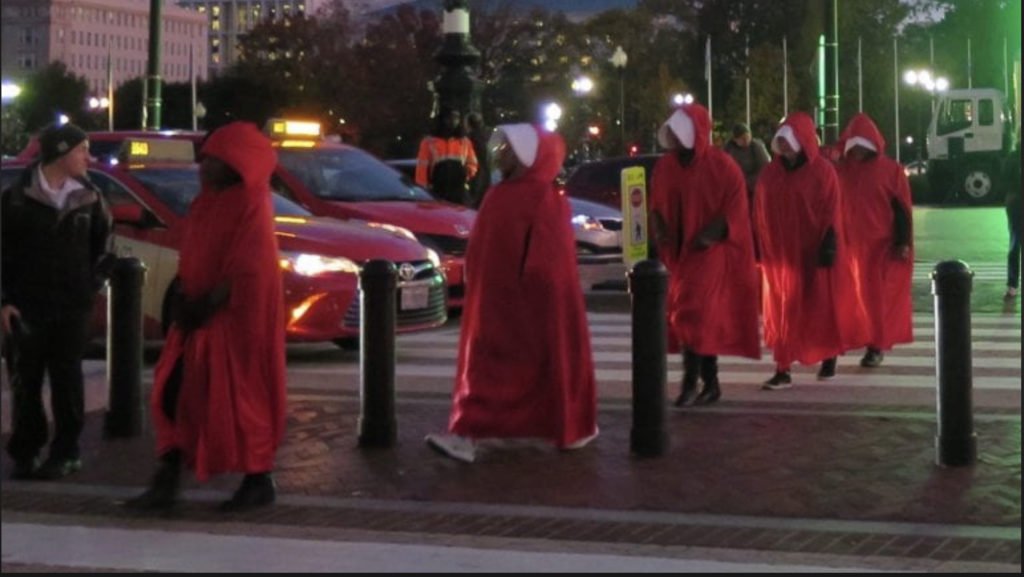 At the same time, we have protestors marching, chanting, and threatening some of our more conservative Supreme Court Justices. V. BbThis escalated to the point where an assassination attempt was foiled by the armed guards surrounding Judge Kavanaugh’s home. This thin blue line of protection was the only thing that protected the Justice, his wife, and two daughters from a lunatic with a gun, knife, and other weapons. This plot is insufficient to get Speaker Nancy Pelosi to bring the bill protecting judges and families to the floor for a vote.

The law is clear. There are to be no demonstrations or protests at the private residence of a Supreme Court Justice or Federal Judge. Not only have there been daily protests at Justice’s homes, but their addresses have been posted publicly. Police have a protective perimeter keeping protestors away, but nobody has been arrested for the apparent violation of the law.

It is interesting and hypocritical that in the January 6 Committee hearings, Donald Trump is vilified for not speaking out and calling for an end to the uprising. There is no such criticism of Biden for his silence in quelling the protests, but he has encouraged the activity. Why is Biden not called out for his complicity? It could be said that he is as responsible for the attempted assassination as Trump is being accused of the insurrection.

A federal judge whose son was murdered by a disgruntled lawyer in their family home has said that the plot to kill Supreme Court Justice Brett Kavanaugh is further proof that judges need better protection.

US District Judge Esther Salas told Fox News’ America Reports on Wednesday that “enough is enough” and called on Congress to pass a bill to bolster security for federal judges and limit the amount of personal information available about public officials online.

“I think that members of Congress can see the escalation in the numbers of threats against judicial officers,”she said. “It’s just got to stop.”

None of the events of the last few weeks has prompted action from Attorney General Merrick Garland or forced Speaker Pelosi to call for a vote on the bill passed by the Senate. The Democrats are content to let this play out without ramifications, but what will they do when this situation heats up when the decision is announced on the future of Roe Vs. Wade?

I agree with Judge Salas. It’s just got to stop.