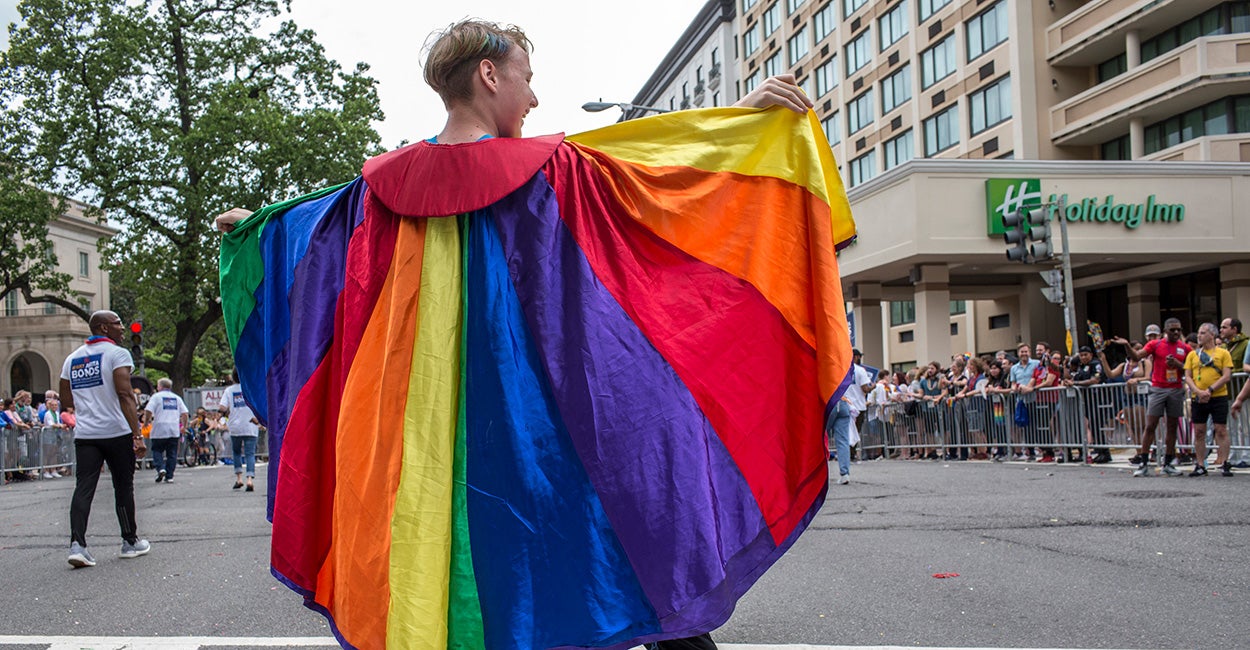 The annual Capital Pride Parade returned to the nation’s capital Saturday for the first time since the COVID-19 pandemic, with thousands lining the streets to show support for those who aren’t heterosexual.

The parade route, which stretched nearly 1.5 miles, was designed to “acknowledge the evolution of the LGBTQ+ neighborhoods in Washington, D.C., while respecting the origins and importance of taking to the streets in our fight for equality,” reads a description of the event on the Capital Pride Alliance’s website.

Here are five things we saw at the Capital Pride Parade:

The parade was extremely political in nature, with politicians actively campaigning, federal workers marching with “pride,” and signs saying, “Don’t get mad, get elected.”

Although some on the left might say that mining minority groups and championing their causes for votes is ingenuine and offensive, candidates for elective office unashamedly used the parade for political leverage.

Rather than being dominated by LGBTQ activists, the parade appeared to draw an overwhelming number of supportive “straight” attendees, as well as major corporations and organizations.

Pastors and members of several churches marched in the parade, some carrying rainbow flags and signs with messages such as: “My pastor loves you,” “All are welcome at our church,” and “Jesus. Justice. Inclusion.”

One congregation affiliated with the United Methodist Church hosted a “drag queen story time” for children in the parade’s “family zone.”

We did not personally attend that performance, but noted this tweet by journalist Andy Ngo:

The parade reflected the LGBTQ movement’s transnational goals, with representatives of several embassies marching to support gay and transgender rights in Ukraine, Canada, Ireland, Britain, and the European Union as a whole.

For a parade in the capital city of the United States, few American flags were visible, and most of those were rainbow versions of the Stars and Stripes.

Those marching handed out candy, stickers, and inexpensive jewelry to young children. They often greeted children along the route with words such as “Be proud to be bi [sexual], baby!” and “Happy first pride!”

Many children marched in the parade, apparently with their parents, and a surprisingly large number of seemingly traditional families (father, mother, and kids) cheered from the sidelines.

The fact that this year’s pride parade was more family-friendly and less graphic is what made it most concerning to some onlookers, who see the left seeking to normalize the LGBTQ agenda by marketing it to younger and younger children.

By presenting less visceral, objectionable material, the left appeared to encourage everyday Americans, subtly but effectively, to accept this agenda as a fact of life that is appropriate for children of all ages.