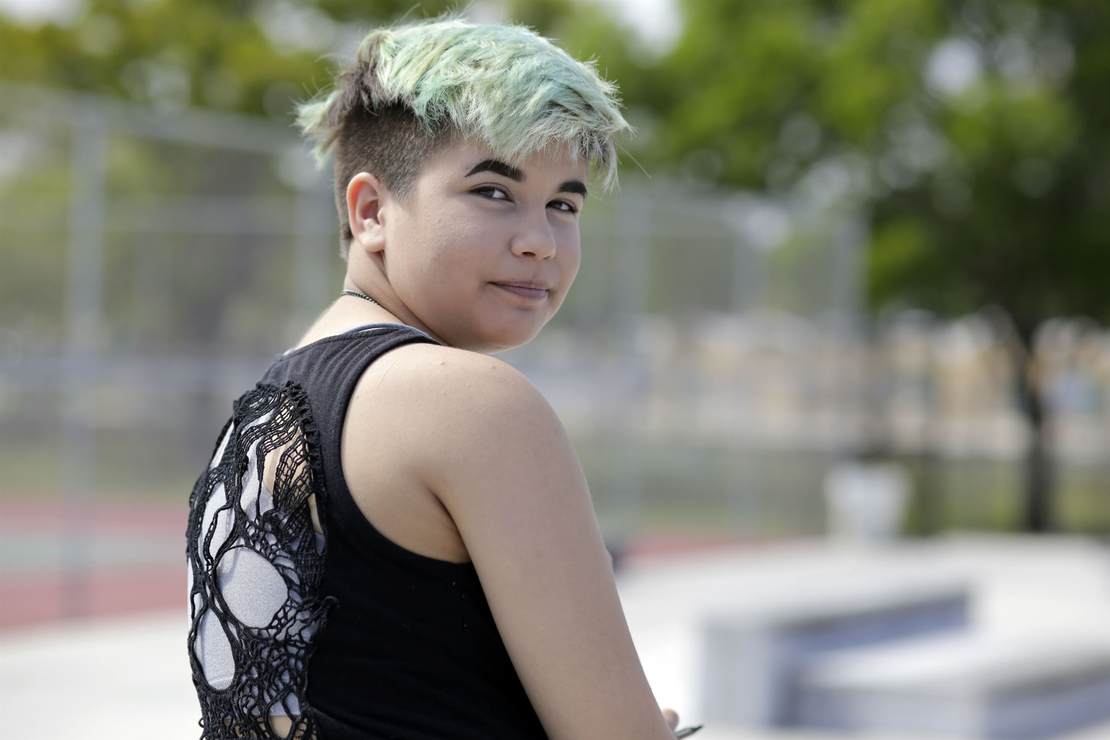 According to the Centers for Disease Control and Prevention (CDC), 5% of young people identify as transgender or “non-binary” while only 0.5% of adults identify as such. Honest experts acknowledge that kids are being groomed by LGBT activists who have made transgenderism trendy, and who try to convince kids to undergo dangerous and irreversible “gender-affirming care” such as hormone blockers and surgery — even without parental consent.

It’s a frightening time to be a parent of young kids, as you never know who or what in your child’s life might try to brainwash him or her into thinking s/he’s transgender. His teachers? Her camp counselors? Disney programming? You can’t be sure anymore.

These activists are so desperate, they are literally claiming they need to mutilate kids and pump them full of dangerous drugs to save their lives. Proponents claim that, without so-called “gender-affirming care,” those suffering from gender dysphoria are more likely to attempt suicide. In fact, former White House press secretary Jen Psaki once described it as “lifesaving” health care.

Related: Against All Odds: Mother Tells How Her Daughter and Every One of Her Friends Are Suddenly Trans

But a new study has found an apparent link between allowing kids access to “gender-affirming care” without parental consent and an increase in youth suicides, destroying the myth that access to transgender treatments saves lives.

“The Heritage study released Monday found that 2020 saw 1.6 more suicides per 100,000 residents ages 12 to 23 in states that allow minors access to puberty blockers and other gender-reassignment procedures without parental consent,” reports the Daily Signal.

Jay Greene, a Heritage research fellow in education, believes the data shows that these procedures might actually be the cause of the observed increase in suicide among young people.

“The average state suicide rate in this age group between 1999 and 2020 was 11.1, making an additional 1.6 suicides per 100,000 an increase of 14% in the suicide rate,” Greene writes in the study. “If making it easier for minors to access puberty blockers and cross-sex hormones is protective against suicide, one should expect the frequency of youth suicide to be lower in states that have a provision allowing minors to get these drugs without parental consent.”

However, the opposite is true. In fact, an “observable” increase in suicide rates among young people can be traced back to when transgender treatments were first widely available.

“Starting in 2010, when puberty blockers and cross-sex hormones became widely available, elevated suicide rates in states where minors can more easily access those medical interventions became observable,” Greene writes. “This increase in suicide rates in states where it is easier for minors to access puberty blockers and cross-sex hormones increased at almost the same time, and to the same degree, as those interventions became available.”

The worst part is that the medical profession is ignoring the connection.

An insider at a major northeastern children’s hospital informed PJ Media how the medical profession is turning a blind eye to the link between transgender treatments and suicide. According to this insider, at the beginning of their career in healthcare at a pediatric medical center, the Emergency Department would expect a handful of mental health crises a week, but by the time of their departure, “30 of our 60 beds would be constantly and consistently full with actively suicidal youths.”

“There was a common thread running between all these tragic cases,” the insider explained. “Right below the bright red alert denoting the patient was on suicide precautions would be another alert telling us healthcare workers to call the patient something other than the legal name listed in their medical chart and what pronouns we were allowed to use when referencing a patient.”

Once, the safety of children used to be the top priority, and Child Protective Services would be alerted for even minor discrepancies in stories about injuries. “We were duty-bound to ensure that child’s safety, even if we were overcautious at times,” the insider explained to PJ Media. “However, nobody batted an eye when a young girl, who was admitted after a suicide attempt, preferred to be called ‘It.’ Nobody seemed interested in connecting the dots to figure out what influences in this child’s life made her feel like she wasn’t even a person.”

This horrifying account shows how systemic this problem is, and those who disagree with what is happening feel they can’t even speak out. This insider switched jobs because they felt they were “actively contributing to patients’ poor outcomes.”

It’s time to pull the curtain back on the dangerous trans movement that is targeting children and causing them irreparable harm. Every child is a target of this dangerous movement.

STUPID: Toronto’s Largest School Board to Drop Requirements for Specialized School Programs in the Name of Equity
She Had an Abortion. Why She’s Glad Roe Was Overturned.
We Know You Want to Run, Hillary… Just Admit It
Biden’s Radical, Anti-Fossil Fuel Energy Policy Costs Americans Dearly
PolitiFact Leaps to Claim Biden Is ‘Mostly True’ That America Is Now an Abortion ‘Outlier’