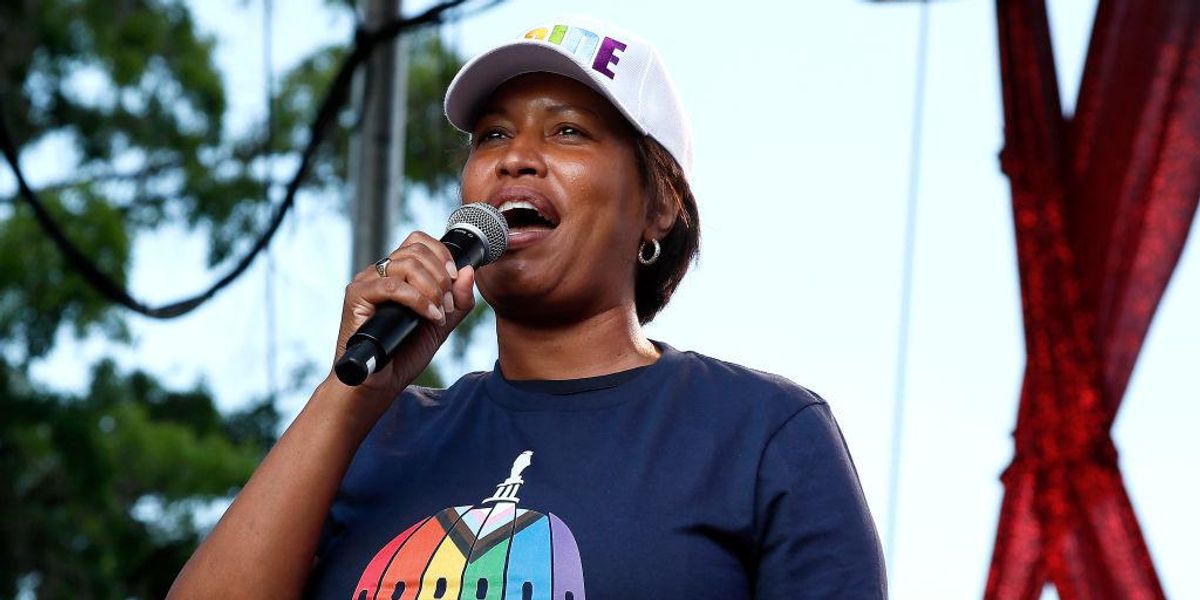 Washington D.C. Mayor Muriel Bowser, a Democrat, has called for American flags with 51 stars to be displayed along Pennsylvania Avenue, a move that comes as she continues to push for D.C. to become America’s 51st state.

“Today, ahead of Flag Day, I directed our team to hang 51-star flags along Pennsylvania Avenue as a reminder to Congress and the nation that the 700,000 tax-paying American citizens living in Washington, DC demand to be recognized,” Bowser said in a statement on Monday.

“On Flag Day, we celebrate American ideals, American history, and American liberty. But the very foundation of those ideals, and the basis for our liberty, is representation. DC’s disenfranchisement is a stain on American democracy – a 220-year-old wrong that demands to be righted,” Bowser said.

u201cThis #FlagDay, 51-star flags along Pennsylvania Ave will serve as a reminder to Congress and the nation that the 700,000 tax-paying American citizens living in DC demand to be recognized.nnThe Senate must do the right thing, embrace representation & send #DCStatehood to @POTUS.u201d

Flag Day will be on Tuesday June 14. “On June 14, 1777, the Continental Congress passed a resolution adopting a flag for our new Nation — the United States of America,” according to a Flag Day and National Flag Week proclamation by President Joe Biden.

Washington D.C. has gone to Democrats in every presidential election since 1964, which was the first time the district had any electoral votes in a presidential contest. Due to the city’s decades-long record of uninterrupted support for Democratic candidates during presidential elections, if D.C. were ever to become a state, its representatives and senators would almost certainly be Democrats as well.

The mayor, who has served since 2015, is currently seeking another term in office.

The city has displayed flags with 51 stars in the past as well.