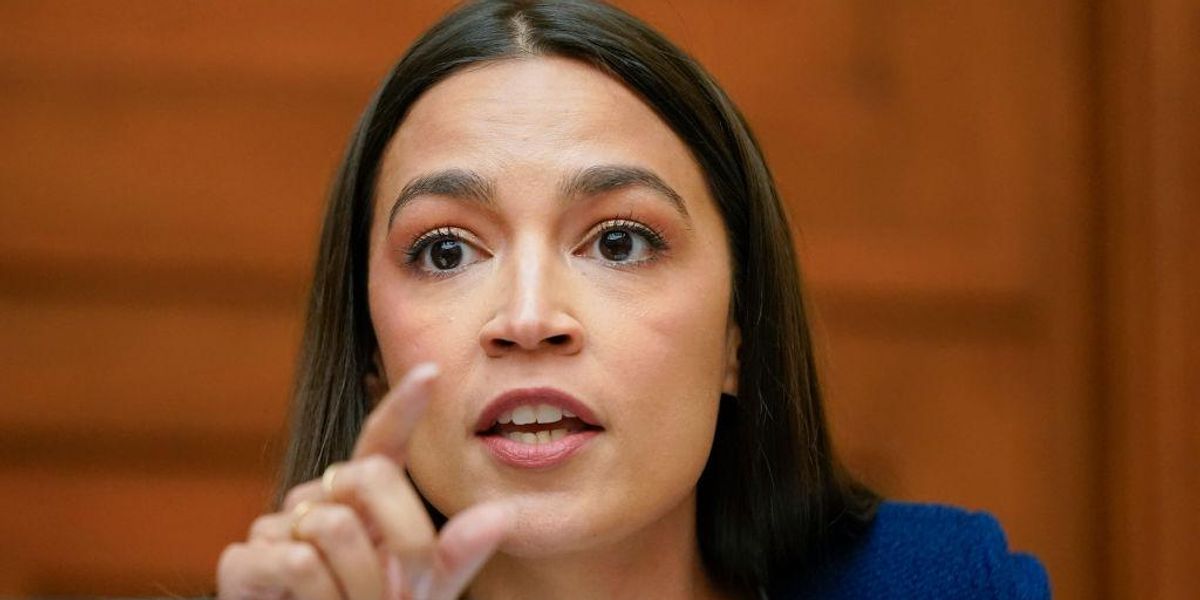 Rep. Alexandria Ocasio-Cortez (D-N.Y.) refused to endorse President Joe Biden in the 2024 presidential election when asked on Sunday. AOC nervously laughed off the question of supporting her political party’s own president and quickly changed the topic.

During an interview on CNN’s “State of the Union” on Sunday morning, host Dana Bash asked Ocasio-Cortez if she would support Biden in the 2024 presidential election.

“You know, if the president chooses to run again in 2024 – I mean, first of all, I’m focused on winning this majority right now. And preserving a majority this year in 2022,” Ocasio-Cortez changed the subject while she laughed uncomfortably. “We’ll cross that bridge when we get to it. But I think if the president has a vision, then that’s something we’re all certainly willing to entertain and examine when the time comes.”

Bash shot back, That’s not a yes.”

AOC trepidatiously replied, “Yeah, you know, I think we should endorse…when we get to it.”

Ocasio-Cortez shifted into damage control mode and said, “But I believe that the president has been doing a very good job so far.”

“And, you know, should he run again, I think that I — you know, I think it’s — we’ll take a look at it,” AOC responded while she belted out another tense chuckle. “But right now we need to focus on winning a majority instead of a presidential election.”

In the 2020 Democratic primary, Ocasio-Cortez had endorsed Sen. Bernie Sanders (I-VT) over Biden.

Biden – who is already the oldest sitting president in American history – will be 82 years old by inauguration if he wins re-election in 2024.

In April, there was a report that Biden was running for re-election in 2024.

A New York Times report published on Saturday revealed that there are 50 “frustrated Democratic officials, members of Congress and voters” who “expressed doubts about the president’s ability to rescue his reeling party and take the fight to Republicans.”

“Midway through the 2022 primary season, many Democratic lawmakers and party officials are venting their frustrations with President Biden’s struggle to advance the bulk of his agenda, doubting his ability to rescue the party from a predicted midterm trouncing and increasingly viewing him as an anchor that should be cut loose in 2024,” the report stated.

The Times said there are Democrats across the country who “are quietly worrying about Mr. Biden’s leadership, his age and his capability to take the fight to former President Donald J. Trump a second time.”

“The presidency is a monstrously taxing job and the stark reality is the president would be closer to 90 than 80 at the end of a second term, and that would be a major issue,” Axelrod told the New Yotk Times.

Democrats are reportedly “alarmed about Republicans’ rising strength and extraordinarily pessimistic about an immediate path forward.”

Steve Simeonidis – a Democratic National Committee member from Miami – urged Biden to “announce his intent not to seek re-election in ’24 right after the midterms.”