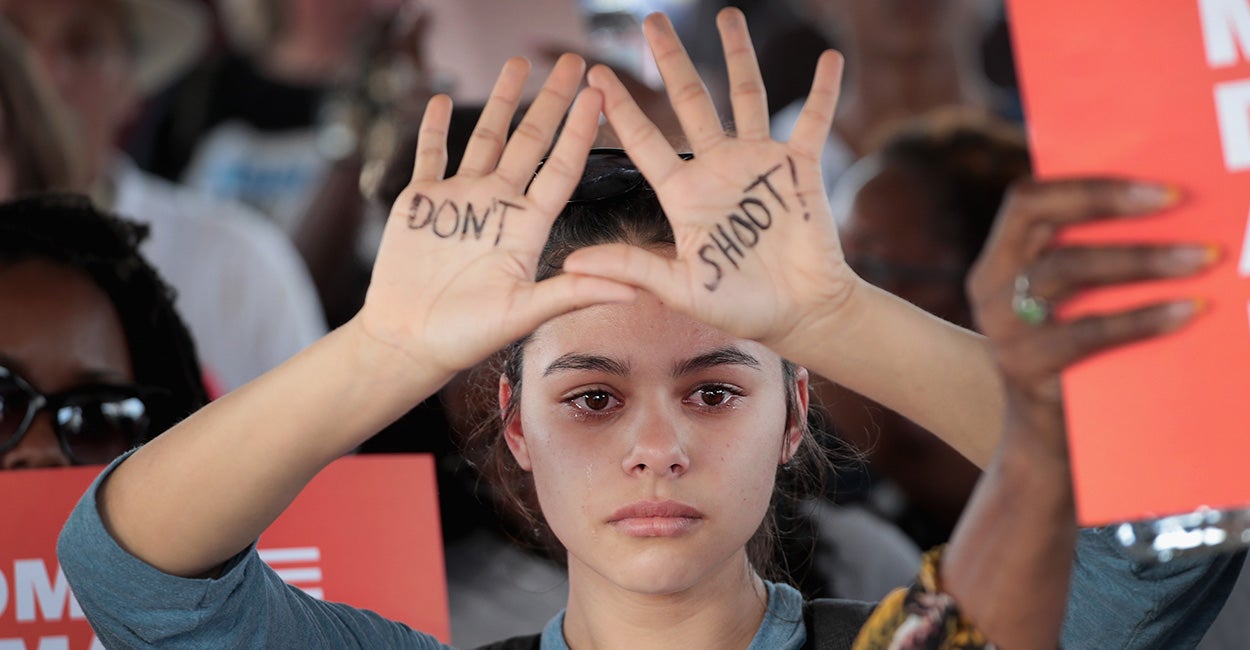 In the aftermath of a series of mass shootings across the country, a group of around a thousand people gathered Saturday in the shadow of the Washington Monument to protest and call for stricter federal gun control laws.

The protest was organized by March for Our Lives, a group founded in the aftermath of the shooting at Marjory Stoneman Douglas High School in Parkland, Florida in 2018.

Protesters began making their way to the site in view of the White House and U.S. Capitol slightly before noon on Saturday.

Eventually, organizers began making their way to the stage to speak. The first few speakers highlighted how they viewed racism and white supremacy as the crux of gun violence.

As experts at The Daily Signal’s parent organization The Heritage Foundation have explained, statehood for the District of Colombia would require an amendment to the Constitution and cannot be passed by an act of Congress.

The crowd then heard from Rep. Cori Bush, D-Mo. Bush recounted a story where an abusive ex-boyfriend almost shot her as she attempted to flee from their shared home.

After Bush spoke, the organizers attempted to hold a moment of silence for the lives lost in Uvalde, Texas. Suddenly, a man emerged from the crowd, hopped the fence separating the gathered protestors from the main stage, and threw something into the audience.

It was quickly determined that the object wasn’t harmful and the man was escorted away.

Following the incident, speakers began to focus more on kids in schools.

Eventually, around two hours after the event had started, the crowd dispersed. Some headed towards the U.S. Capitol, but many seemingly headed home.