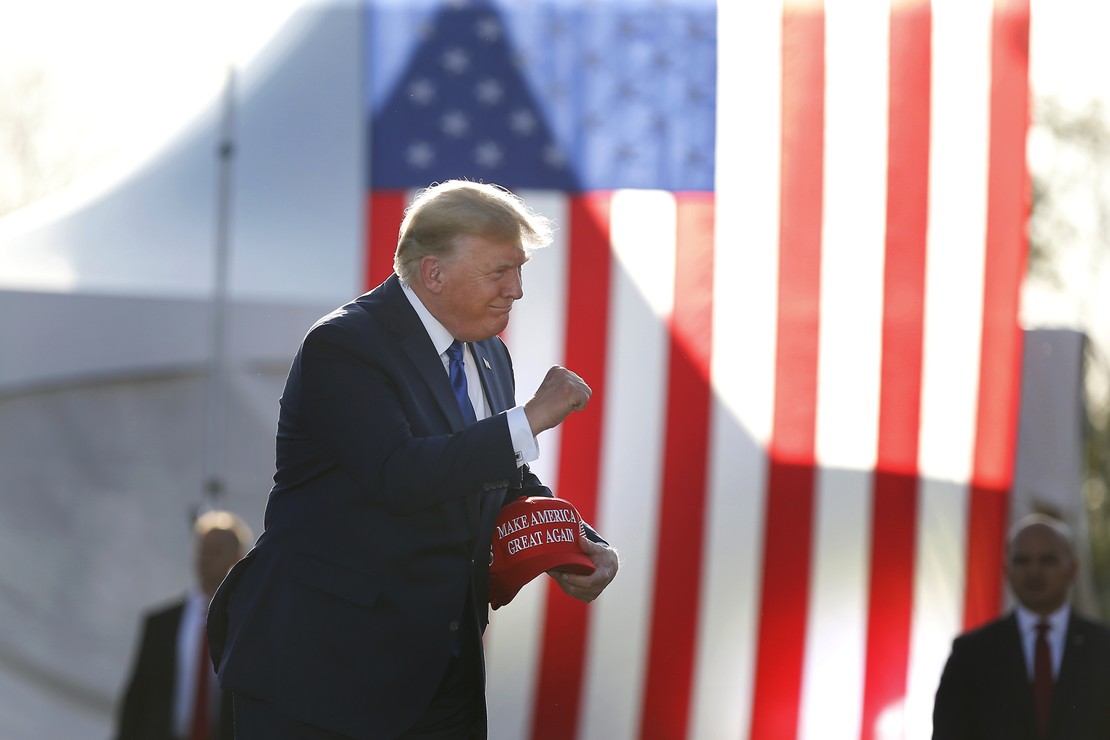 According to the Washington Post, there are at least 15 potential GOP primary candidates, all vying for cash, donors, and attention. As the midterms approach, there’s likely to be a re-establishment of reality for at least a few of those candidates when they realize they have a better chance of winning the lottery than they do winning the Republican nomination for president.

The significance of this early maneuvering among candidates is that there are several of them who will challenge for the grand prize even if Donald Trump runs in 2024. Trump is still the bull elephant in the room, but there are several challengers to his throne who believe they can defeat him.

A lot can happen between now and the start of the primary season in January of 2024. But whether it’s a go/no-go for Trump, his potential successors are scrambling for a place at the table and a platform from which to run.

At least six senators have made appearances in Iowa or New Hampshire already, joining former Trump advisers and appointees like Pence, former secretary of state Mike Pompeo and former ambassador to the U.N. Nikki Haley. Nine potential candidates, including former New Jersey governor Chris Christie and Maryland Gov. Larry Hogan, have spoken at the Ronald Reagan Presidential Library, laying out their vision for the future of the party, with Rep. Liz Cheney (R-Wyo.), a prominent Trump critic with a national profile, scheduled to speak there on June 29. Pompeo in particular has been aggressive at working donors and operatives, asking many what he needs to do to win the nomination. Pompeo has told others he would run against Trump, though he has not made a final decision, people who have spoken to him say.

“They are working hard at it, some more than others,” said Ron Kaufman, a Republican National Committee member from Massachusetts, who had a set of potential candidates over to his house in March as part of a fundraiser for the New Hampshire state party. In addition to Cotton, Sens. Ted Cruz (R-Tex.), Tim Scott (R-S.C.) and Rick Scott (R-Fla.) spoke at the event.

Senators always believe that they’re on the fast track to the presidency by being in the Senate. Historically, that’s hogwash. Only John F. Kennedy and Barack Obama managed to win the election to the presidency, leading to the conclusion that running for president as a sitting Senator is an invitation to fail.

So is running against Trump. All the early polling shows Trump lapping the field in the primary states. DeSantis may be neck and neck with Trump in national polling, but it’s still a matter of gathering enough delegates, and in individual states, Trump currently enjoys a huge advantage.

So why are all these Republicans asking for a whipping? The answer is that Trump is vulnerable and the midterm elections will probably show where.

In Iowa, which is expected to host the first Republican caucus in 2024, political power brokers like Bob Vander Plaats, the president of the Family Leader, a Christian conservative group, has been telling people that even if Trump runs there is a good chance of a contested campaign.

“If you come at Trump from the left — say a Mitt Romney approach — I don’t think that would ever work,” he said. “If you came at Trump from the right — more like a Pence or a Pompeo or a Ted Cruz or a DeSantis — then I think people would be willing to listen.”

After visits by Pence and Pompeo in recent months, the Family Leader has invited Fox News Host Tucker Carlson to speak at its annual conference in July.

The Republican Party whales — donors with deep pockets and an outsize influence in primaries — are lining up against Trump. “Republicans think he is declining in relevance and they want someone else,” one adviser close to major Republican donors told the Post. “But people feel like they have to appease him. We are in the appeasement phase.”

Being in a defensive crouch is not the best way to attack or defend oneself when the opposition is looking to chop off its head. The J6 Committee won’t destroy Trump. But they could force the GOP to spend time and effort defending him. That’s not a good look for the Republican Party.

Hopefully, Republicans will find a way to finesse the Trump question. Either he’ll be the nominee, or they will have figured out how to respond to attacks on him and the party he still leads.