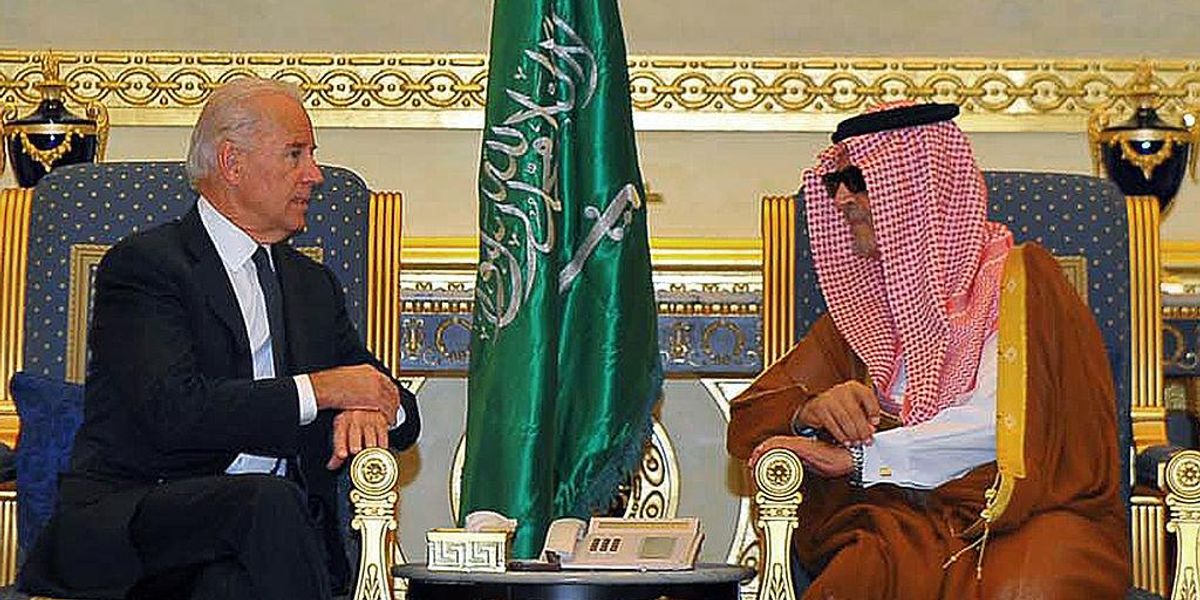 President Biden is expected to extend an olive branch to Saudi Crown Prince Mohammed bin Salman after promising to make him a “pariah” and working to isolate the Saudi regime for months.

On Monday, the White House confirmed that Biden is planning to visit the oil-rich nation this summer, marking the culmination of an 18-month standoff between Biden and the crown prince. Biden is trying to wind up back in the crown prince’s good graces as gas prices soar amid the ongoing Russian invasion of Ukraine.

Insider News reported that attempts by U.S. officials to convince the Saudis to increase their oil production have thus far been unsuccessful. Reportedly, the crown prince has repeatedly ignored phone calls from Biden when the president has sought to discuss issues of oil availability.

The U.S. also has a history of sanctioning Saudi officials. Following the circulation of a declassified intelligence report regarding the 2018 murder of journalist Jamal Khashoggi. The Central Intelligence Agency concluded that Khashoggi’s murder was likely ordered by the crown prince.

Biden’s visit to Saudi Arabia signals that it is no longer tenable for the Biden administration to adamantly oppose nations that could help alleviate domestic policy woes.

Adam Ereli, a former U.S. ambassador to Bahrain, said, “Do you hold a relationship hostage to human-rights concerns or you can move forward while not abandoning your moral high ground? In his mind, Biden can move forward.”

Despite receiving heavy scrutiny from lawmakers and domestic activists, Biden and the White House insist that any meeting between Biden and the crown prince would serve the immediate interests of the U.S.

Last Friday, Biden said, “Look, I’m not going to change my view on human rights. But as president of the United States, my job is to bring peace if I can.”