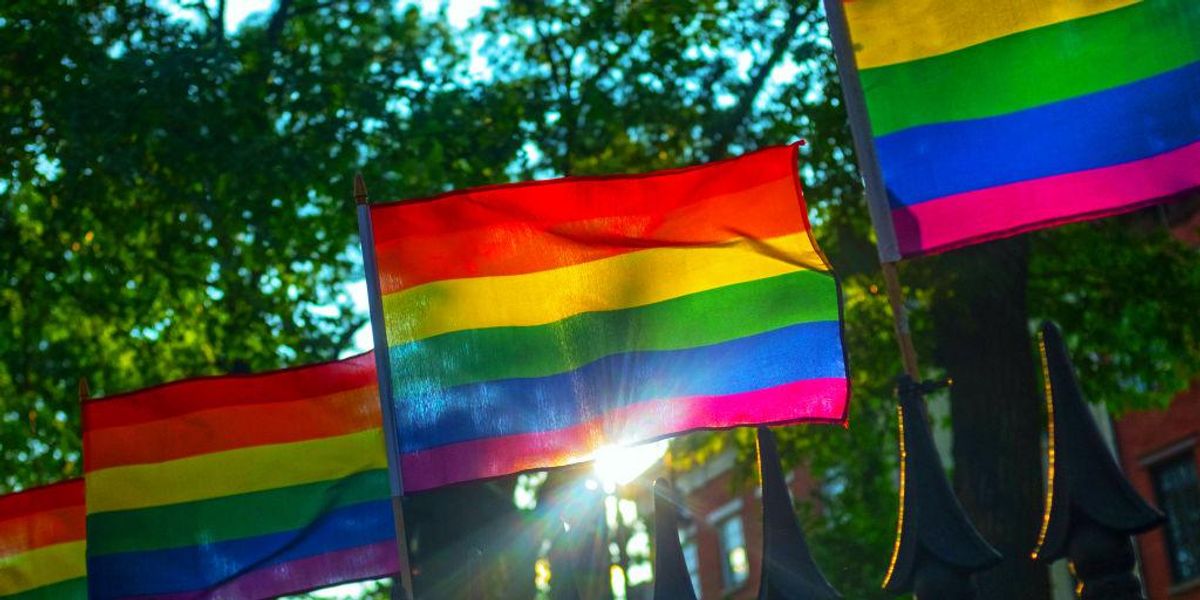 “You know, 19 students just got shot in Texas, and Texas legislation wants to ban minors from going to drag shows. It makes zero sense. It’s a sad, sorry excuse… [for] the lack of gun control, and that’s the real issue,” Hamilt said, according to the Independent.

“Drag queens aren’t going into schools to shoot kids… when did we decide that it’s appropriate to teach kids how to hide under desks and not to talk about LGBT people and histories?” Hamilt said. “If people really wanted to protect children, it wouldn’t be banning LGBTQ education, it would be banning guns.”

After a bar in Texas held a “Drag the Kids to Pride” event last weekend, GOP Texas state Rep. Bryan Slaton said that he would propose legislation to protect children from being exposed “to drag shows and other inappropriate events.”

Florida state Rep. Anthony Sabatini, also a Republican, tweeted that “Drag Sex Shows aimed at children have come to Florida” and announced that he “will be proposing Legislation to charge w/ a Felony & terminate the parental rights of any adult who brings a child to these perverted sex shows aimed at FL kids.”

Florida Gov. Ron DeSantis (R) said that Florida has “laws against child endangerment” and that his administration is examining what actions can be taken “under existing, ah, statutes.”

“Any attempt to criminalise our work is rooted in tired homophobic and transphobic hate and misinformation, and we refuse to give in to politicians who are too bigoted and boring to comprehend our vision for a world in which every child can be safe fully expressing who they are,” Hamilt said, according to the Independent.

The issue of exposing children to drag is very controversial — many parents consider the topic to be highly inappropriate for kids.

Drag Queen Story Hour events involve drag queens reading to children, but Hamilt contended that there is a world of difference between DQSH events and adult drag shows.

“I’m not going to lie and say drag is never sexualised, because drag is an art form and it can be sexual like anything else can be,” Hamilt said, according to the Independent. “Drag with adults in an adult setting could be sexual, sure. Is it sexual at a Drag Queen Story Hour? No! Do you bring your kids to an R-rated movie? I hope not. There are actors in R rated movies, and those same actors can be in a family friendly comedy that’s rated G…

“Someone who is bigoted or doesn’t want to do the research, they’re not going to understand that an adult drag show at an adult bar, in the evening, with alcohol, is different from a Drag Queen Story Hour nonprofit event at 11am at a public library.

“Obviously, all adults act differently when they’re around children and when they’re not. Every schoolteacher has a private life outside of working with children, and you act appropriately around children. That’s just a normal thing that all adults do, no matter who you are – gay or straight, drag queen or not,” Hamilt said.

u201cIf You’re A Drag Queen and You Know It is officially out today! Huge thanks to the entire team at @RP_Kids, @olgadedios, and @LindsayEdgecom1 at @LGRLiterary for making this magic with me! u2b50ud83dudc83u2728u201d