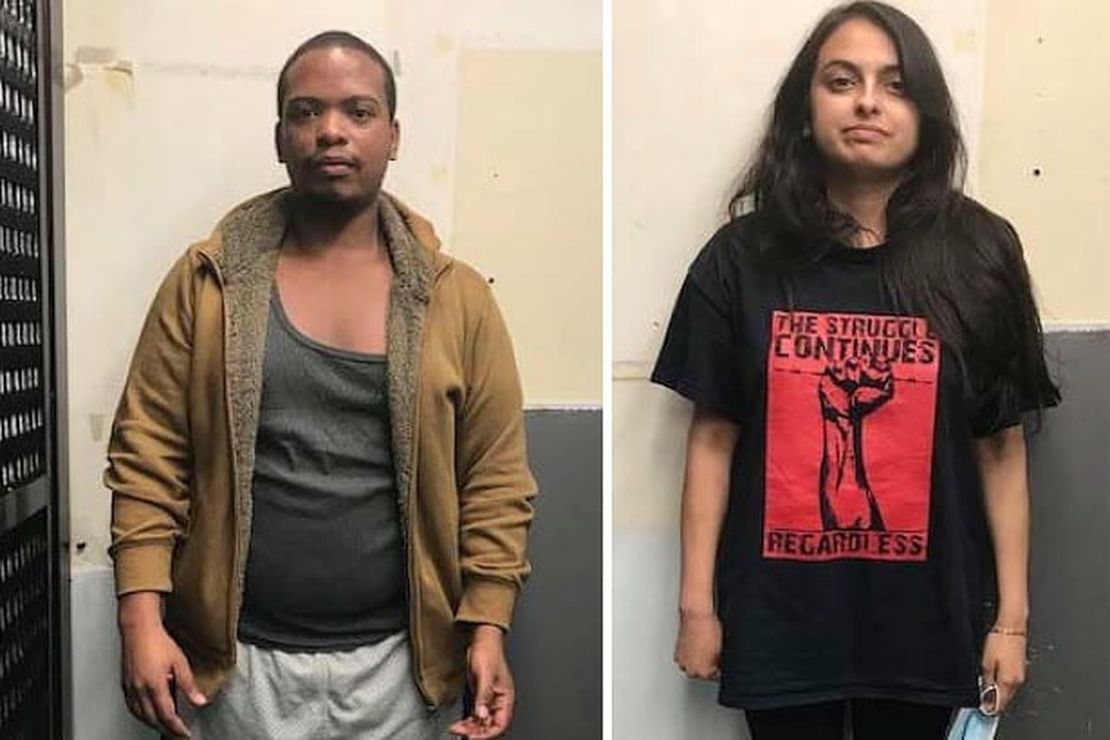 You’ll be relieved to know that Merrick Garland’s “Justice” Department isn’t entirely consumed with framing Jan. 6 protesters as “insurrectionists” in the service of a monstrous Trumpian conspiracy; the DOJ also has time to make special efforts to ensure that genuine terrorists who happen to be Leftists get treated in the most lenient possible manner.

The latest beneficiaries of the corrupt regime’s two-tier legal system are Colinford Mattis and Urooj Rahman, who were arrested after the George Floyd riots in New York City in May 2020, during which Rahman, a housing attorney for Bronx Legal Services, threw a Molotov cocktail into an NYPD cruiser and then made her getaway in Mattis’ van. Mattis and Rahman were facing domestic terrorism charges and the possibility of thirty years in prison, until Merrick and his merry pranksters fixed everything for them, since after all, they’re on the right side of history.

The Washington Free Beacon reported Tuesday that Mattis and Rahman “reached a plea deal with federal prosecutors in October 2020 that wiped out six of the seven charges against them,” but that was just the beginning of the federal largesse that has been lavished upon this pair of Leftist firebombers. Even after the plea deal, misguided and no doubt MAGA hat-wearing prosecutors were still endeavoring to get ten-year sentences for both and “argued that the incident qualified for a so-called terrorism enhancement that would turbocharge sentencing—a determination with which the U.S. Probation Office concurred.” But there was no way that was going to happen to people who were just trying to advance the same ideology that Merrick Garland and his henchmen hold.

In May 2021, once Biden and Garland were safely ensconced in the corridors of power, “the same career DOJ prosecutors who argued for that 10-year sentence were back in court withdrawing their plea deal and entering a new one that allowed the defendants to cop to the lesser charge of conspiracy. It tosses out the terrorism enhancement entirely.” Of course! After all, it isn’t as if Mattis and Rahman were “white supremacists”! Why should they stew in jail for being at the vanguard of the people’s struggle?

And so the pair is getting yet another in a series of sweetheart deals: “The new charge carries a five-year maximum sentence, but the prosecutors are urging the judge to go below that, asking for just 18 to 24 months on account of the ‘history and personal characteristics of the defendants’ and the ‘aberrational nature of the defendants’ conduct.’”

Yeah, it was all an aberration. In an interview before her attack, Rahman demonstrated the thoughtful, careful commitment to justice we have come to expect from the Left: “This s–t won’t ever stop unless we f–kin’ take it all down.” When she was arrested, Rahman was wearing a T-shirt emblazoned with the slogan “THE STRUGGLE CONTINUES REGARDLESS,” and that it certainly does. “Struggle” in Arabic is jihad, and Rahman is also a longtime advocate for another one of the Left’s pet causes, the Palestinian jihad against Israel. She is also a committed activist for the Palestinian jihad, having published agitprop spreading false claims of Palestinian victimhood. How could someone who believes all the right things and puts herself on the front lines for all the right causes have to be punished for it?

Related: The Biden Justice Department Is Unfocused and Unhinged

Compare the treatment of Mattis and Rahman to that of Matthew Perna, who traveled from his home in Pennsylvania to Washington on Jan. 6, 2021, to protest the widely reported election irregularities. He pleaded guilty on Dec. 9, 2021, to entering the Capitol and committed suicide on Feb. 25, 2022, while awaiting sentencing.

Perna’s obituary told an appalling story of injustice and railroading. Perna, it says, “attended the rally on January 6, 2021, to peacefully stand up for his beliefs.” He was no revolutionary or radical activist: “After learning that the FBI was looking for him, he immediately turned himself in.” What did he do on Jan. 6 to attract the attention of the FBI? Nothing much: “He entered the Capitol through a previously opened door (he did not break in as was reported) where he was ushered in by police. He didn’t break, touch, or steal anything. He did not harm anyone, as he stayed within the velvet ropes taking pictures.”

The government, however, was bent on portraying him and others like him as an “insurrectionist” and destroying his life accordingly. The obituary adds: “Matt’s heart broke and his spirit died, and many people are responsible for the pain he endured.” Perna’s aunt, Geri Perna, said of Matthew: “They broke him. They mentally broke him. He had run out of hope. I know he couldn’t take it anymore.”

In America, we no longer have a single justice system for all people, but one for ordinary, patriotic Americans and another one for Leftist “activists.” We no longer have a justice system that is indifferent to and independent of political pressure. The politically and culturally dominant Left is not content with the massive power and influence it wields now; it is determined to silence all opposition and destroy it utterly. And so Matthew Perna is dead, and Colinford Mattis and Urooj Rahman will soon walk free.