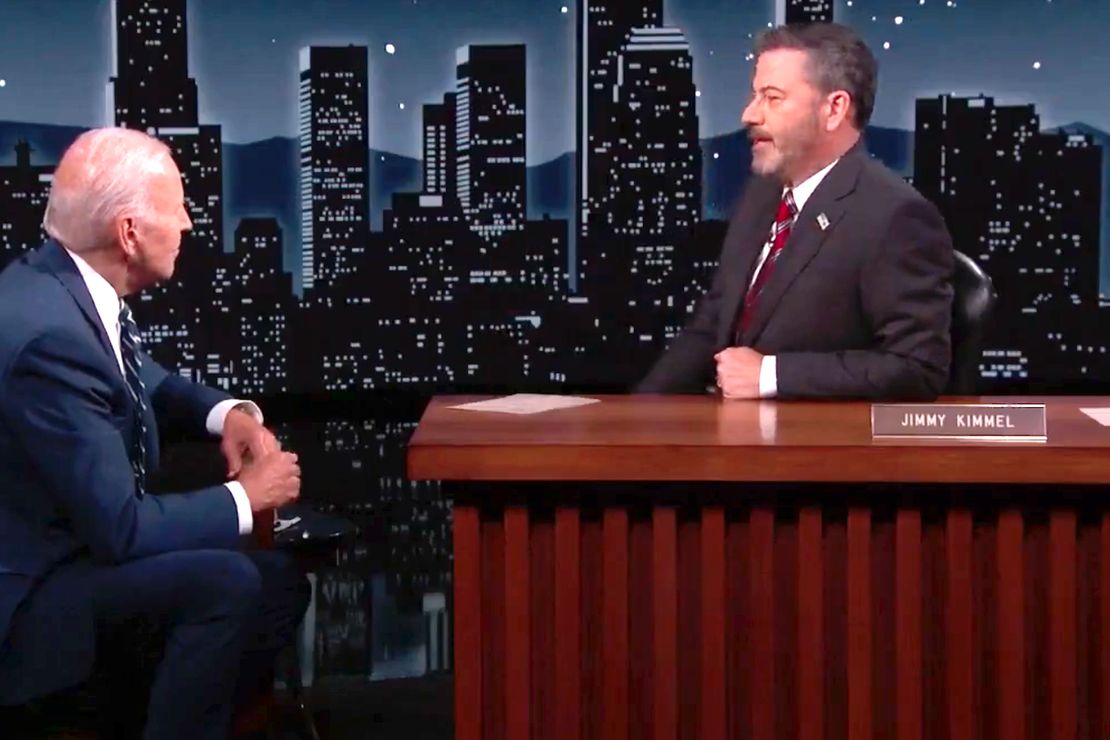 Joe Biden has a serious problem with optics, perhaps never revealed so badly — and made worse by — his appearance on Jimmy Kimmel Live on Wednesday night.

A poll released last month showed that a majority of Americans believe Biden is “showing he is too old to be President” and that he is not “mentally fit to serve.”

But I’m not here to defend that assessment, even though I agree with it completely. In fact, I’d go further and argue that Biden is not mentally fit to serve himself pudding.

Instead, I’d like to pose a question: What the bloody hell are his own people doing to him?

Once a perception — a narrative, if you will — cements itself in the public’s mind, it can be difficult to change.

The public perception of Biden has shifted from “moderate who will restore calm after the wild times under Donald Trump” to “little old man in way over his head.”

I never bought into that initial public perception. As a VIP member, you, gentle reader, almost certainly never did, either.

Assuming Biden’s political staff wants to avoid a blowout in the midterms — and, perchance, keep their jobs — they’ve got to do everything in their power to shift public perception of Biden.

And they’re running out of time to do that.

Biden’s softball interview with Kimmel shows that they lack the talent or basic political skills to do it.

Recommended: WATCH: Biden Glitched so Badly During His Interview That Jimmy Kimmel Had to Cut to a Commercial

To show you want I mean, I want you to watch this clip from the interview. And I mean watch it — with the sound off.

You might not guess it from what you just saw, but Kimmel is actually a little shorter than Biden. The alleged president stands six feet tall (at least when he isn’t stooping) and Kimmel is a little over 5’11”.

But when both men are in the frame, you’d be forgiven for thinking that Kimmel is a much taller, larger person. Sitting straight up, behind his desk, Kimmel exudes authority.

The little old man to Kimmel’s left — ostensibly the most powerful man in the world — is scrunched forward on the edge of his chair, hunched towards Kimmel as though struggling to make himself seen and heard.

If you were to vote strictly by appearances, you’d give your support to Kimmel while hoping he wouldn’t nominate the kindly old man to a position of much importance.

This was clearly the fault of Biden’s people. They allowed their charge to be put in an oversized comfy chair at a height disadvantage to the host.

Imagery counts. It never counts more than when you need to change perceptions.

Also for our VIPs: Passwords Are Going to Die. PassKeys Will Kill Them.

Joe Biden went on Kimmel to do just that but instead allowed himself to get staged in a way that reinforced those perceptions.

Biden’s people should have insisted on changing up Kimmel’s usual seating arrangement. Or they should have made a real power play and insisted that Kimmel host his own show from the White House, the very center of presidential power.

Instead, they put a bent old man in a big ol’ comfy chair.

Is Biden’s staff really this incompetent, or are they engaged in sabotage so as to ease in his replacement?