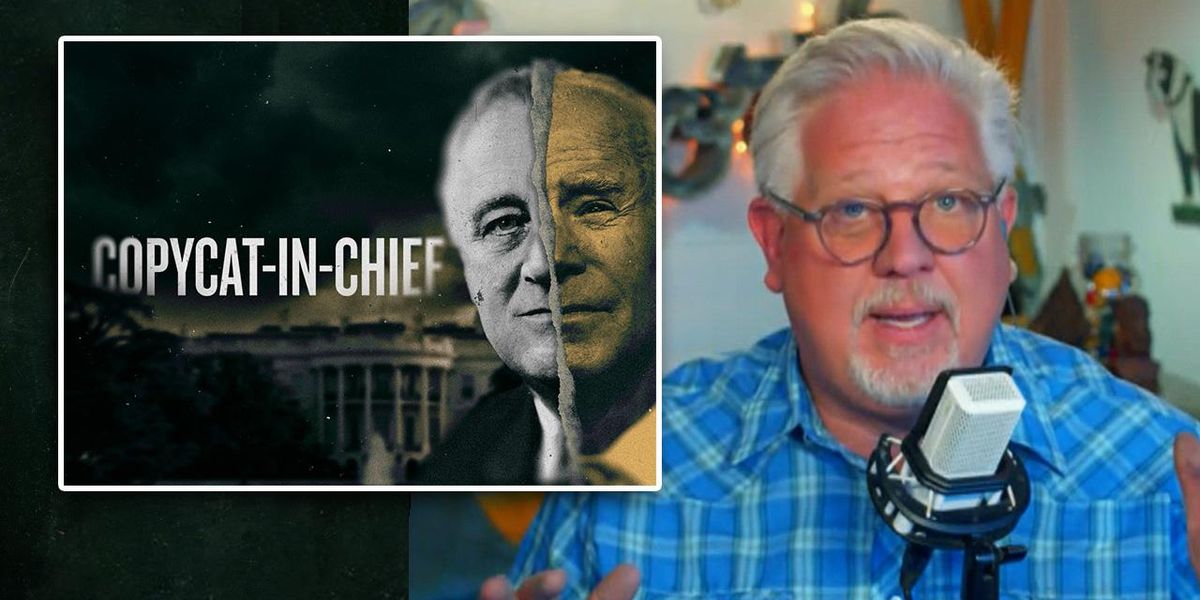 Glenn Beck has been warning how the federal government would use climate change as a national emergency which would essentially give the president war powers.

Inflation and gas prices are currently being blamed on Putin, but Glenn predicts that will evolve into a “global warming crisis.” Those war powers will likely be coupled with the power to silence dissent. But how would Biden accomplish this in a republic? By copying the playbook of his hero, Franklin D. Roosevelt.

Our copycat in chief lives in a dimension that believes inflation is still transitory, gas prices are just the growing pains of necessary energy transition, and basically everything else going wrong across America can be blamed on forces completely outside the influence of White House policy. In this dimension, everything will go swell for America if it will just stop resisting, sit back, and trust Biden’s FDR-plan. In this dimension, every problem is completely curable from the Oval Office – there’s nothing that hundreds of executive orders, a few trillion dollars, and good union jobs won’t fix.

Egged on by Democrat Party and media elites, historians, and even descendants of FDR and his Cabinet who all still hero-worship FDR, Biden keeps shuffling toward this fantasy that he will transform America and be renowned as a progressive savior like FDR. FDR-sized vanity is not what the doctor ordered for an America on the brink of disaster.

Watch the full episode of “Glenn TV” below: