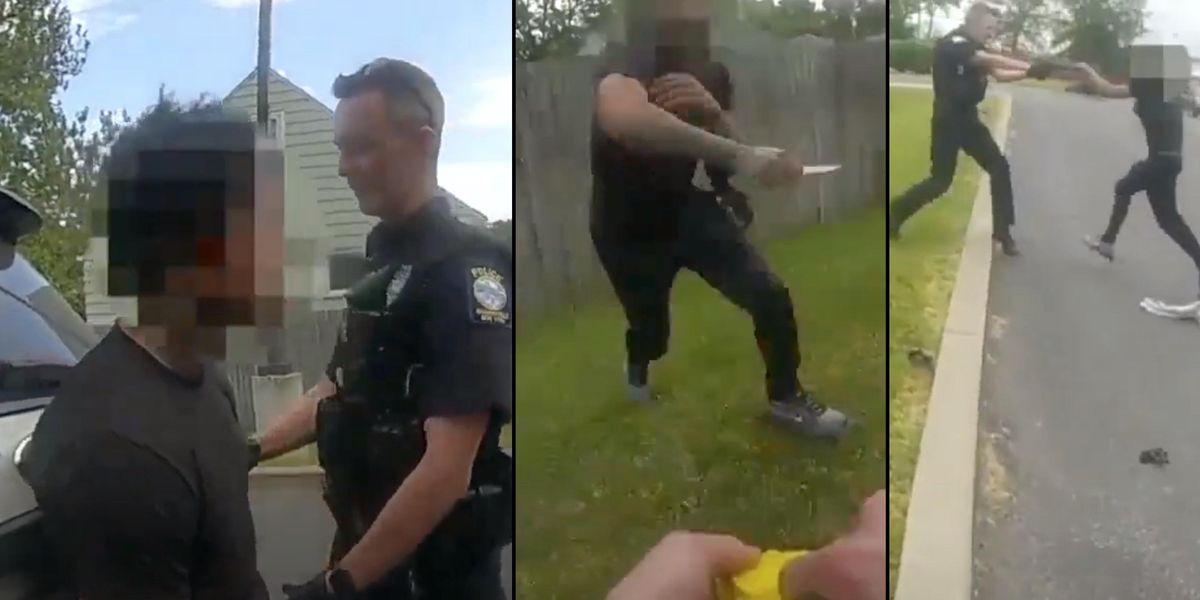 Niagara Falls police released body cam video from an altercation where a black man was shot after he lunged at officers with a knife.

The incident unfolded on Friday after 5 p.m. behind a Rite Aid convenience store on Niagara Falls Boulevard.

Police were responding to a call about a suspicious person when they confronted a 29-year-old man. At that time, a woman came forward to tell police that she had a restraining order against the man over allegations of domestic abuse, according to police

When officers tried to talk to the suspect, he did not comply with orders and tried to flee on foot. During a physical altercation that resulted, one officer deployed a Taser on the suspect, but it had no effect on him.

The video captures the suspect pulling a knife from his pocket and lunging at the officer. That officer knocks him to the ground and the suspect lunges to attack another officer who shoots him.

The suspect was given first aid at the scene and was transported to Erie County Medical Center. He remains in critical condition.

Police said one officer sustained minor injuries when the suspect slashed him with the knife in the back and on the arm. Authorities would not say how many times he was shot during the incident.

“The suspect in this case and his medical condition is what’s preventing the investigation from being completed at this time,” said District Attorney Brian Seaman of Niagara County.

“At such time if he’s able or returns to a physical condition where we’re able to complete the investigation, we will,” he added.

Two officers were placed on administrative leave pending the outcome of the investigation into the incident.

Police were initially criticized for releasing few details about the shooting, including the racial identity of the suspect and the officers.

Despite being the site of the world famous natural park, the city of Niagara Falls is one of the worst in the country in terms of violent crimes and property crimes.

Here’s the video from the incident: