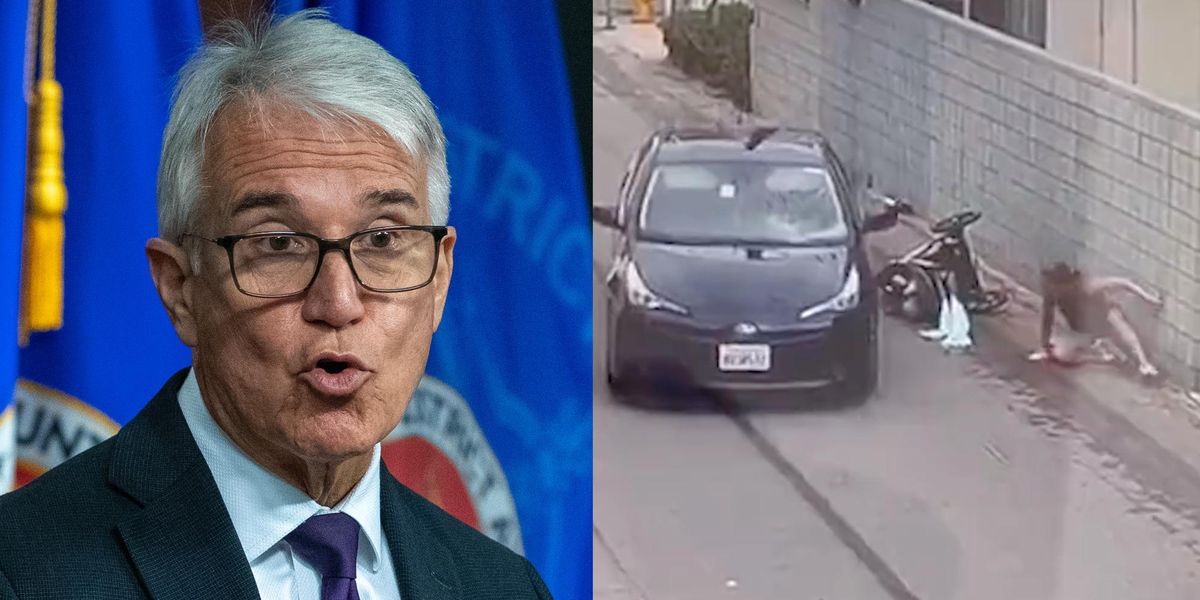 Los Angeles District Attorney George Gascón is under fire over a lax sentence given to a teenager who rammed his car into a mother walking her baby in an incident caught on surveillance video.

The harrowing video shows the mother and her 8-month-old baby in a stroller in Venice, California, as a car appears to steer into them, hitting the mother and crashing the stroller to the ground.

The teenage driver attempted to flee the scene of the crime, but a bystander drove his truck into the car to prevent him from escaping.

Investigators say the suspect, who was 16 years old at the time of the incident, had tested positive for drugs. He pleaded guilty to two felony charges of assault by means of force likely to produce great bodily injury and one felony count of hit-and-run.

He was given a sentence of only 5 to 7 months in juvenile probation camp.

Gascón initially claimed that the Los Angeles County Sheriff’s Office had agreed with him on the sentence, but Sheriff Alex Villanueva strenuously denied that assertion, forcing Gascón to change his statement.

“We were never consulted as we were not the investigating agency,” wrote Villanueva. “Sheriff’s investigators would never be OK with the lightweight sentencing in this hit-and-run case. Stop empowering and encouraging criminal behavior. Hold them accountable #VictimsMatter.”

The victim also excoriated the district attorney in a scathing impact statement.

“George Gascon doesn’t value my life or the life of my child, or any other victim out there and would rather reward the monsters like [the juvenile suspect] by demonstrating to them that their actions have no consequences,” she wrote.

“DA Gascon is telling him and every other thug in LA County that it doesn’t matter if you try to murder people,” she continued. “Why are Gascon’s policies prioritizing the livelihood of rotten monsters when my child, my baby, who is incapable of protecting himself, is left to fend for himself, and is essentially being told his life doesn’t matter?”

Fox News’ Bill Melugin reported that the suspect was under probation at the time of the hit-and-run and he had previously been convicted of spiking a girl’s drink at a high school in the city of Palmdale.

Gascón has been lambasted by critics who say his lenient sentencing policies are having damaging consequences for Los Angeles County.

Here’s more about the shocking sentence:

The Stand Against Transgender Insanity Is One We All Must Take
Who Will Replace Biden in 2024, the Prince of Hair or Governor LGBTQIABBA2S+?
Life Celebrates
ER and Ray Donovan actress Mary Mara dies in apparent drowning
Column: Kristi Noem Gets Hardball Practice