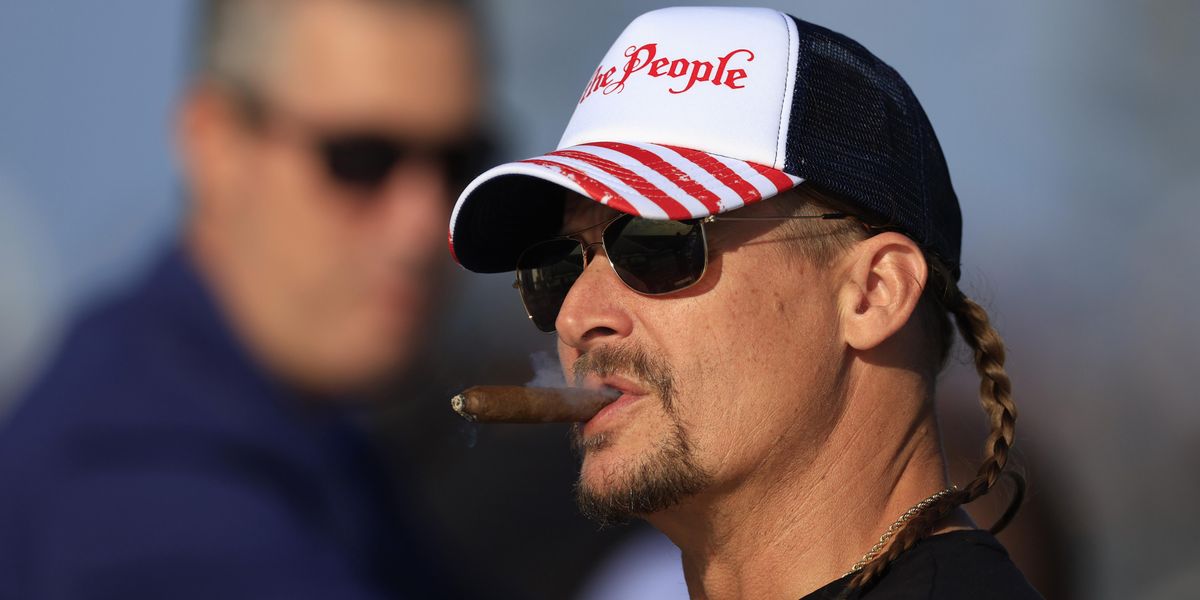 Kid Rock told Fox News‘ Tucker Carlson that he won’t apologize for a drunken rant in which he blasted Oprah Winfrey and more.

The musician made headlines after blasting Winfrey and “View” co-host Joy Behar during a 2019 appearance at his Nashville, Tennessee, music club, during which he said “F*** Oprah Winfrey” and “F*** Joy Behar.”

During a sit-down with the Fox anchor’s “Carlson Originals,” the rocker — real name Robert James Ritchie — said that he stands by his thoughts.

“A drunk man’s words are a sober man’s thoughts, I own what I said,” he told Carlson. “I don’t apologize to anybody. I’m not an Oprah Winfrey fan. I got drunk and f***in’ next thing, I’m on stage [saying] f*** Oprah.”

In March, Ritchie told Carlson that he believed himself to be “uncancelable” and that he was allowed to speak his mind in the manner he saw fit because he wasn’t tied up with any “corporate interests.”

“I’m not in bed with any big corporate things,” he said at the time. “At the end of the day, there’s nobody I’m beholden to — no record companies, no corporate interests, no nothing. You can’t cancel me. I love it when they try.”

He also praised former President Donald Turmp and compared his speeches to that of President Joe Biden.

“If you watch a Joe Biden interview and you watch a Trump interview, you’re just like … ‘There’s no comparison.’ And Trump, yeah, he speaks off the cuff, I understand what it’s like,” he explained. “Sometimes you get it wrong … you know this that and the other. But I would way rather hear somebody come from here [touches chest] and get it wrong once in a while than see this contrived … pretty much every politician until he came along at some level everything was scripted.”

What Does Abortion Have to Do With Organ Donation? Nothing.
Losing It! Leftists React as Supreme Court Limits EPA Authority on Climate
Rejoicing & Rancor Outside SCOTUS Post Roe
Stelter Denounces Balanced Media Coverage of Roe Overturn
USA Today’s Page: Court ‘Another Partisan Player’ After Abortion Case