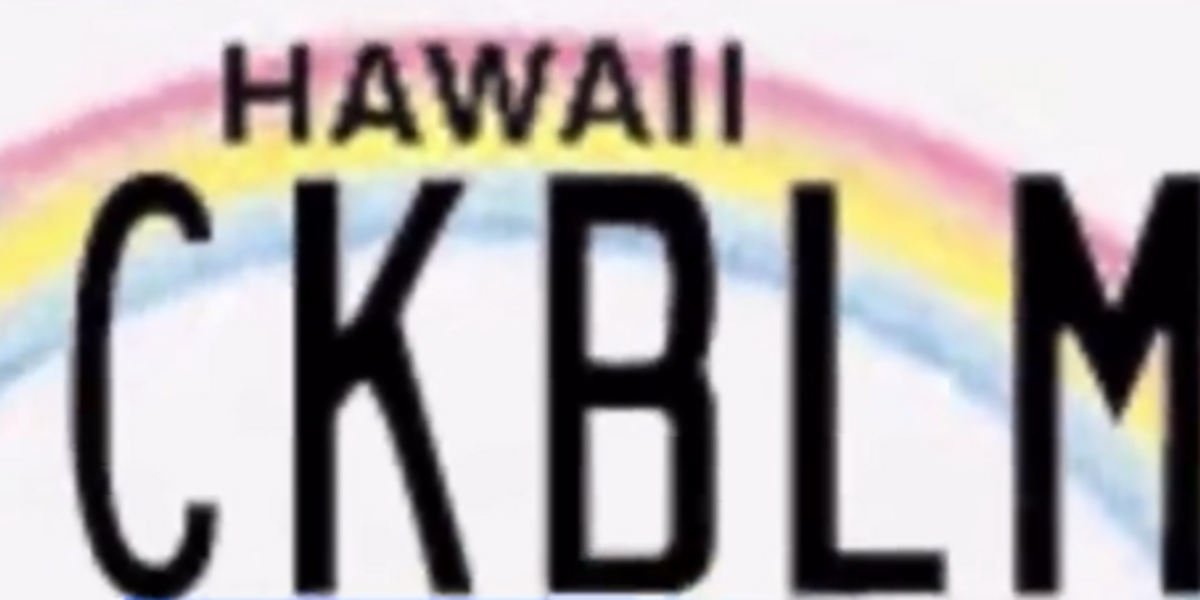 A man from Hawaii refuses to surrender his vanity license plate that reads: “FCK BLM.” The man has defied the city government’s orders to stop driving around the vehicle with the anti-Black Lives Matter gesture.

The license plate appears to have been spotted on a red Pontiac Trans Am. The driver also had a sign that read: “Trump 2024 Because F*** You.”

George contacted the Honolulu government about the “FCK BLM” license plate, which admitted that it was an “ill-advised oversight during the review process.”

Personalized license plates with the abbreviations “FCK” and “FKN” are prohibited.

The license plate was recalled and the owner was ordered to surrender it.

However, the driver is still allegedly driving with the same personalized license plate nearly a year later despite warnings from the city.

Viewers of the TV station claimed that they had seen the car driving around Oahu despite the driver’s registration and inspection sticker reportedly being expired.

The Department of Customer Services (CDS) ordered the driver to forfeit the anti-BLM license plate.

The CDS said it sent three notices to the man to surrender the “FCK BLM” license plate, but the motorist has refused to do so.

“CSD has placed a hold on further renewals of his vehicle registration and his registration is now expired,” the CDS told KITV. “HPD [Honolulu Police Department] is able to cite the vehicle if it is being operated on the roads.”

The Honolulu Police Department told the station that they can not go on private property to remove license plates, but could initiate a traffic stop if violators are on the road.

u201cRacism on Hawaii roads: Nearly a year after this u201cFCKBLMu201d license plate was recalled after our initial story, the owner is still refusing to surrender the plates after multiple warnings, and registration is now expired @KITV4 #BlackLivesMatter #BLM >> https://t.co/s1y5vgDhQyu201d