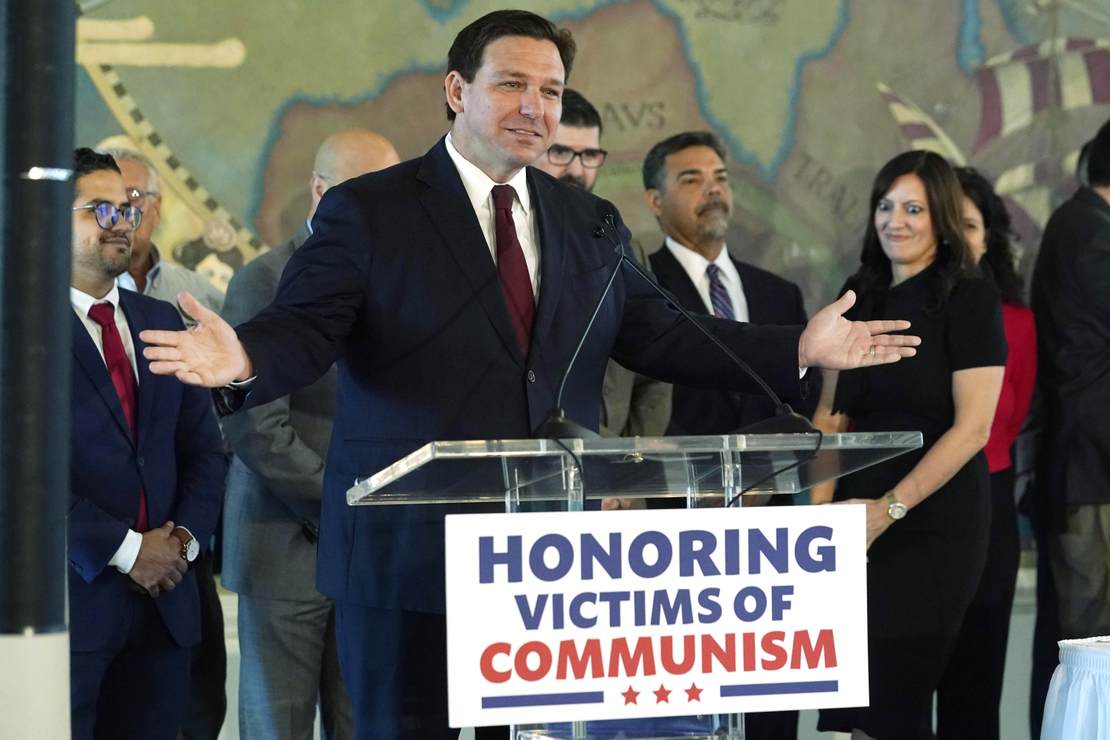 After what happened in the 2020 election, I’ve been craving for Donald Trump to get his revenge. He absolutely deserves to be vindicated, and we need someone with a track record who can fix the damage done by Joe Biden.

But, since then, I’ve evolved. Earlier this year, I saw Florida Governor Ron DeSantis speak at CPAC. His speech made me think I wouldn’t be disappointed if Donald Trump decided to sit out 2024. I was so impressed by Ron DeSantis — whom I hadn’t seen deliver a speech in person before — that I couldn’t help but think, “Okay, if Trump doesn’t run, at least we have DeSantis,” and feel at ease about it.

DeSantis has done a fantastic job as governor, and he doesn’t back down from the fights that need to be fought. He has shown that he has the leadership qualities we need in a president, without the baggage of Trump. As much as I still support Trump, there’s no denying his candidacy would be problematic for the GOP. That doesn’t mean he can’t win—in fact, I think he would win—but I have my concerns.

And it seems that others in the GOP share those concerns. While recent polls have shown Trump with a comfortable lead amongst potential GOP presidential candidates, DeSantis has now beat Trump in two 2024 straw polls.

Last month, DeSantis edged out Trump in the 2024 straw poll at the Wisconsin GOP convention, 38% to 32%.

DeSantis also beat Trump in the multiple-choice 2024 straw poll at the Western Conservative Summit. Again, DeSantis and Trump were the far-away favorites, with DeSantis getting 74% of the vote and Trump getting 71%. The next closest candidate was Sen. Ted Cruz, with 43%.

Neither Trump nor DeSantis has officially announced a 2024 candidacy, but Trump has often hinted that he plans to run. Though back in April, Trump confirmed that he had told advisors that his health would factor into his decision about whether he would run again in 2024—effectively giving himself an out not to seek the presidency again.

I used to believe Trump was the only candidate I’d support in 2024, but I’ve since been torn between him and DeSantis. The problem with Trump comes down to Trump. As effective as Trump was as president, he routinely proved to be his own worst enemy. He’s burned many bridges (particularly since leaving the White House) and turned loyal allies into enemies. Even his most effective collaborations have been sullied by his ego-driven attacks following disagreements—particularly those connected to the 2020 election. While election integrity is an important issue, Trump’s candidacy in 2024 would make it difficult to look forward because he’d constantly force us to look back at 2020.

There’s also no denying that Trump undisciplined running off at the mouth is problematic. In 2016 many appreciated his blunt outspokenness, especially when juxtaposed with the phoniness of Hillary Clinton. But sometimes, he spoke more than he should have—especially during the pandemic. It’s true that the media manufactured many phony stories, like claiming he suggested people drink bleach to protect themselves from COVID. However, there were other times when his desire to appear to be the one in charge of the pandemic backfired repeatedly. But, fair or not, he was still the one with the shovel digging himself into the hole.

Florida Gov. Ron DeSantis, however, has shown himself to be a more politically savvy and disciplined version of Trump. He’s made Florida redder after barely winning his election without ever shying away from a big fight. DeSantis has managed to go head-to-head with the woke left while simultaneously growing the party while not burning bridges the way Trump does.

More voters are starting to see DeSantis as the safer alternative to Trump in 2024. And I can’t blame them.

Joe Scarborough and Tim Miller Still Bring Up Trump When Bashing ‘Power-Hungry’ GOP
What We Saw During ‘Night of Rage’ Pro-Abortion Protest
‘It just stuns me’: Biden leads reaction to abortion ruling as predecessor Trump hails decision
Tears of joy and of despair after Supreme Court overturns Roe v Wade
US destroyer sunk in 1944 off Philippines becomes deepest wreck ever discovered