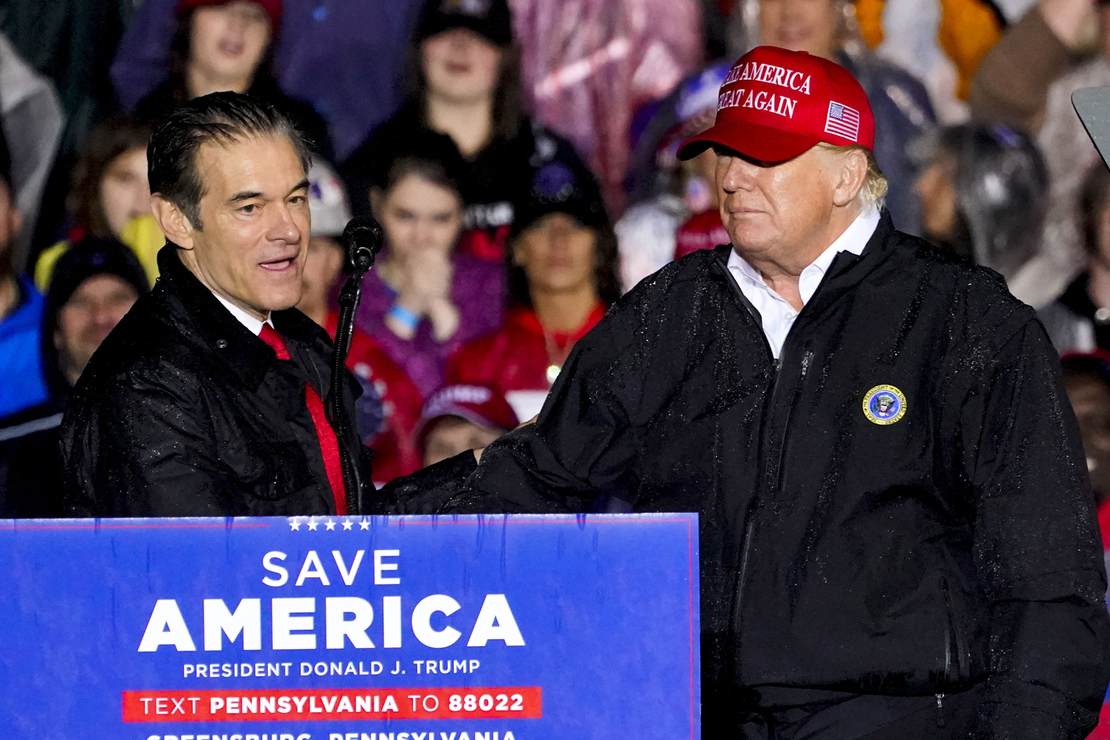 Polls and historical precedent point to 2022 being a great year for Republicans in the midterm elections. Henry Olsen of The Washington Post recently predicted that the GOP will, at a minimum, pick up 20-35 seats in the House, and gaining fifty seats isn’t out of the realm of possibility.

The Senate, however, is a different story. Most experts suggest that control of the Senate will come down to five states: Georgia, Pennsylvania, Nevada, Arizona, and Wisconsin.

And each state will undoubtedly matter, which means that there’s no room for error. Unfortunately for the Democrats, there’s a big hiccup that could very well cost them control of the U.S. Senate: Pennsylvania.

With the retirement of Republican Senator Pat Toomey, Pennsylvania has an open U.S. Senate seat, and the race is currently considered a toss-up. This week, Dr. Mehmet Oz officially won the GOP primary with the concession of David McCormick after a recount of the primary votes showed no viable path to victory for McCormick.

While Oz was the Trump-endorsed candidate in the primary, many saw him as the weaker candidate, and Democrats were quick to attack him as “a fraud and a scam artist who will do, say, and sell anything to help himself – no matter who gets hurt.”

Also for our VIPs: November Will Likely Be Worse for Democrats Than Predicted

But the Democrats have a huge problem with their nominee, Pennsylvania Lt. Gov. John Fetterman. Fetterman easily won his primary last month — even though he hasn’t been on the campaign trail since a week before the primaries, when he suffered a stroke and had emergency surgery to implant a pacemaker.

Fetterman has already taken weeks off from campaigning, and there is currently no timetable for him to return. His appearances have been limited to prerecorded videos and having his wife speak to the media on his behalf. And now Democrats are worried about the position this puts them in.

“Pennsylvania Democratic Senate nominee John Fetterman does not have a timetable for returning to the campaign trail, sparking some worries in the party nearly three weeks after he suffered a stroke and surgeons implanted a pacemaker with a defibrillator to regulate his heartbeat,” NBC News reported this week. “And the situation has prompted Democrats to refresh their knowledge of state ballot-replacement law — the deadline is in August — according to two party sources who said they don’t anticipate a candidate switch being necessary.”

The lack of transparency from Fetterman’s team has contributed to the Democrats’ unease.

“A lot of us Democratic Party types are very nervous about it,” one elected Pennsylvania Democrat told NBC News.

“I think people I’ve talked to — myself included — don’t know what to make of it,” said a veteran Pennsylvania Democratic strategist. “It’s not like Fetterman has close institutional allies, so Dems are calling around wanting to ask the question, but no clue where to get a sense of how serious it is.”

Pennsylvania Democrats are right to be nervous about the situation. Joe Biden’s legislative agenda will be thwarted by GOP control of the House, but if Democrats can retain control of the upper chamber, that will be important for getting nominees confirmed—especially if there’s another vacancy on the Supreme Court.

With the political climate for Democrats being the disaster that it is, the Democrats’ situation in Pennsylvania is one they can’t afford. They take a risk by either running a candidate with questionable health or replacing him with someone else who has to start from scratch in the middle of a campaign. It’s hard to say which option is worse.