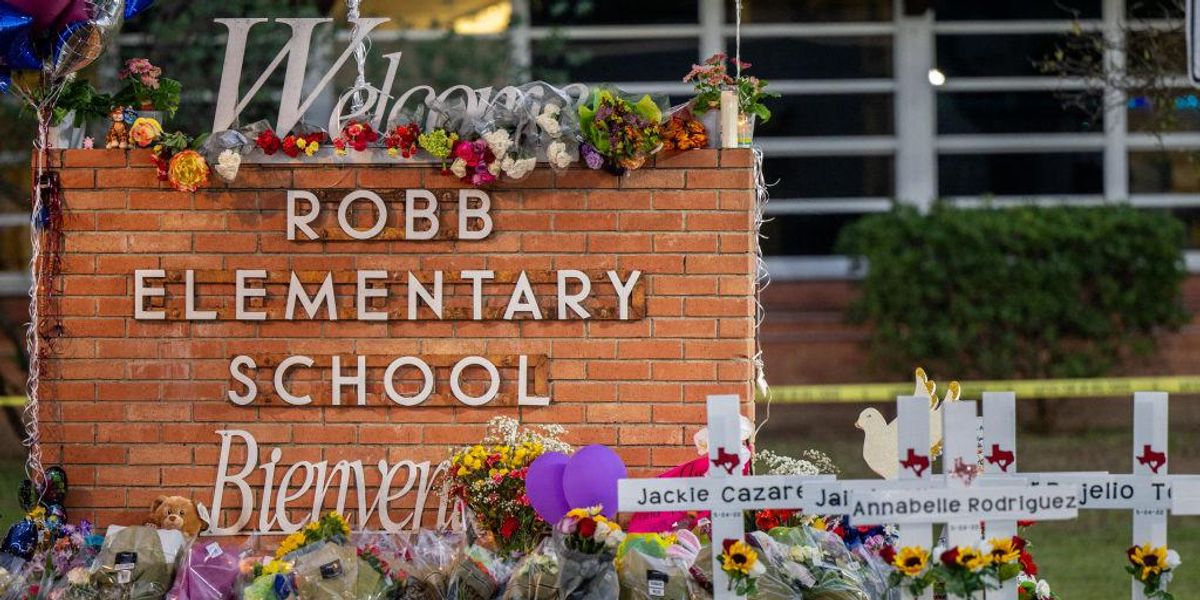 The Uvalde school board held a special meeting on Friday where the decision was made for students and staff to never return to the Robb Elementary School. The Uvalde Consolidated Independent School District board also took no action against the police chief who failed to confront the school shooter.

“We’re not going back to that campus,” said Uvalde Consolidated Independent School District Superintendent Hal Harrell at the meeting after a tearful parent said her second-grade daughter was traumatized and “deathly afraid” of going back to the school.

“We have plans for it to become something other than a school site,” Harrell added.

During the special meeting of the board of trustees, Harrell said he expects to have a new location for the school in the “very near future.”

Also at the meeting, the board decided to not take any disciplinary action against the school district’s police chief.

Texas Department of Public Safety Director Steven McCraw declared that as many as 19 police officers had gathered outside the classroom with the gunman, but did not engage the shooter until approximately 75 minutes after the lethal attack began.

McCraw criticized Arredondo’s decision to not engage the shooter, “From the benefit of hindsight, where I’m sitting now, of course it was not the right decision. It was the wrong decision, period.”

Texas Lt. Gov. Dan Patrick said the decision not to engage the gunman sooner “may have” cost lives.

Arredondo said he didn’t send his officers into the classroom because he believed the situation no longer involved an “active shooter.”

However, multiple calls to 911 were made within the school – some were from students inside the classroom with the mass killer. Minutes before the shooter was killed, a girl in the school pleaded to a 911 dispatcher, “Please send the police now.”

Two law enforcement sources informed the American-Statesman that Arredondo arrived at the shooting without his police radio and other critical equipment that may have impaired the police response to the rampage.

The gunman was finally shot and killed by Federal Border Patrol officers – who defied local law enforcement’s order to stand down after waiting for 30 minutes, according to NBC News.

In modern active shooter tactics, police are trained to immediately take down gunmen instead of waiting for backup or additional resources in order to save as many lives as possible. Instead, law enforcement at the scene of the Uvalde shooting requested “specialty equipment” and body armor and organized a tactical team to reenter the school, taking over an hour to take out the gunman despite having arrived at the scene within minutes after the shooter entered the school.

“According to the meeting agenda, Arredondo could have been suspended or terminated,” the Epoch Times reported.

During the meeting, Harrell was asked about the investigations into the failure of stopping the gunman in a timely manner – one by Uvalde County’s district attorney and one by the federal Department of Justice.

Arredondo did not attend the school board meeting, and has kept a low profile since the mass shooting on May 24.