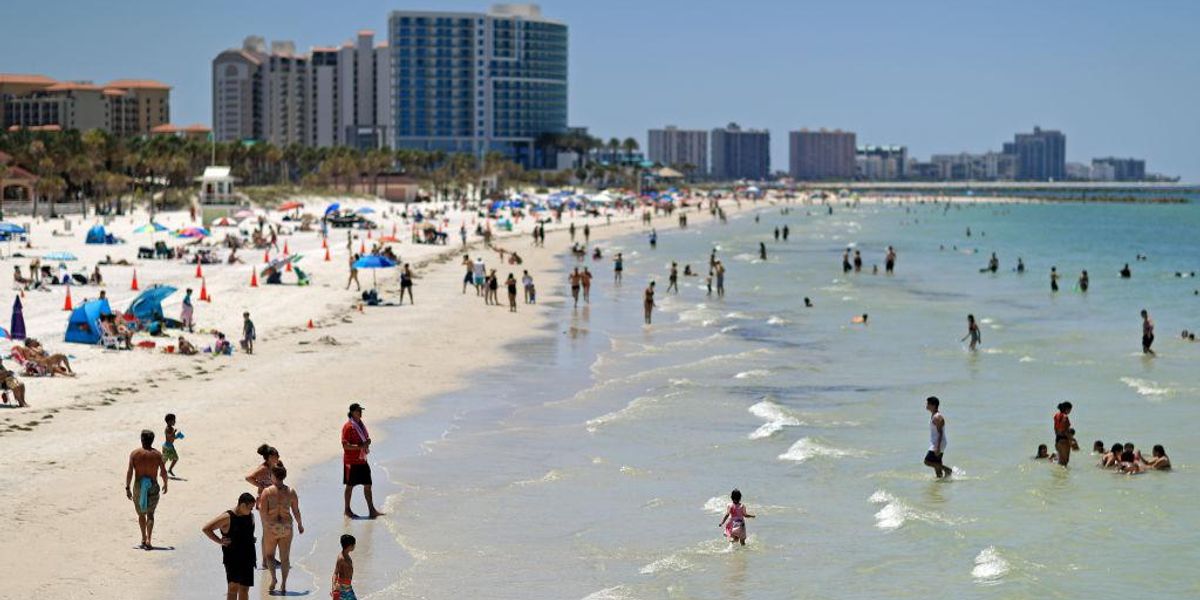 A new analysis of IRS data reveals the mass migration of Americans from blue states to red states and the significant ramifications as a result of the widespread resettlement.

Wirepoints – an Illinois-based economic research company – analyzed migration data released by the IRS for 2020. The Internal Revenue Service information divulged that not only was there a mass migration from red states to blue states, but the re-settlers took with them tremendous wealth from Democrat-controlled states to Republican ones.

The analysis of IRS data found that Florida attracted 624,000 new residents in 2020 and the state garnered more than $41.1 billion in Adjusted Gross Income (AGI). The Sunshine State gained $23.7 billion in net new taxable income in 2020 from the influx of new residents – an increase of 3.3% of the state’s total AGI compared to 2019.

Texas enjoyed an inpouring of new residents from other states with a net income increase of $6.3 billion. Arizona benefitted with a $4.8 billion gain, North Carolina had a net gain of $3.8 billion, and South Carolina increased by $3.6 billion.

Democratic-controlled states suffered a mass exodus of residents and taxable income. New York lost a whopping $19.5 billion in net income in 2020 after 250,000 people fled the state. California took a licking as 263,000 residents flocked to other states – which resulted in a net income loss of $17.8 billion. Illinois suffered a decrease of $8.5 billion in net income in 2020, while Massachusetts lost $2.6 billion, and New Jersey hemorrhaged $2.3 billion.

Wirepoints noted that these extraordinary and debilitating losses of income are happening perennially – which adds up significantly.

“In 2020 alone, New York would have had nearly $123 billion more in AGI to tax had it not been for the state’s string of yearly migration losses,” the outlet reported. “And when the state’s AGI losses are accumulated from 2000 to 2020, it totals $1.0 trillion in cumulative lost income that could have been taxed over the entire period.”

u201c#NewYork was the nation’s biggest loser of people and wealth in 2020 (#IRS data). Lost a net $19.5B in Adjusted Gross Income.nnNY’s AGI losses have piled up for 21 straight years. The cumulative AGI lost since 2000 is $1 T. Via @Wirepointsnnhttps://t.co/ZKlX4J1JOH #twillu201d

Meanwhile, Florida has basked in a 20-year streak of positive income gains from net in-migration to the tune of approximately $197 billion gained over two decades.

The analysis shows that more people with more wealth are leaving Illinois than the number of less wealthy incoming residents by an average of more than $30,000.

Former Obama Adviser On Biden: ‘There Is This Sense That Things Are Kind Of Out Of Control’ (VIDEO)
‘They Should Do It’ Lemon Supports Dems Voting for Cheney in Primary
Watch: Dallas protesters make ‘compelling’ case for abortion with furious TWERKING
R Kelly sentenced to 30 years in prison – as survivors confront him over ‘despicable’ abuse
CensorTrack with TR: TikTok Bans SBA Pro-Life Group on Day of Roe Reversal