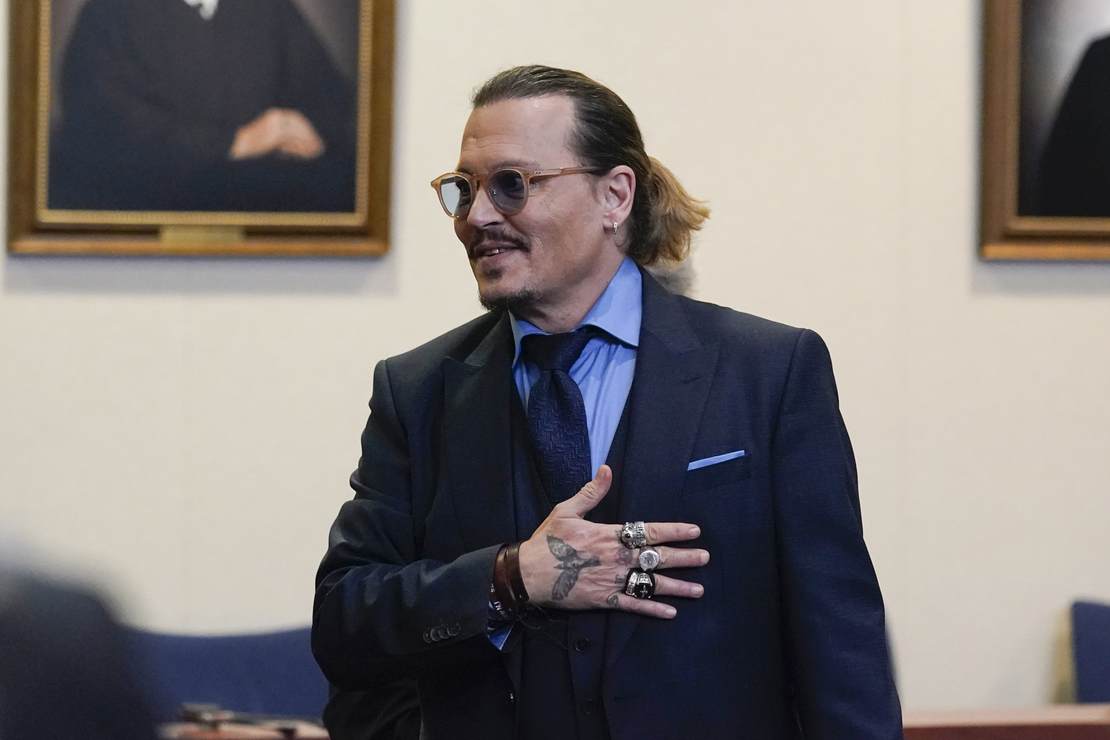 We’re all thinking the same thing: What the heck, jury? How on earth do you rule in favor of Johnny Depp on all counts of defamation, award him millions of dollars, and then turn around and give Amber Heard, the woman you just decided was flat-out lying to you, a small win on one of her counterclaims? It makes no sense.

The statement that the jury decided was defamatory in favor of Heard was one made by Depp’s attorney, Adam Waldman, in 2020 when he told the Daily Mail,

Quite simply this was an ambush, a hoax. They set Mr. Depp up by calling the cops but the first attempt didn’t do the trick. The officers came to the penthouses, thoroughly searched and interviewed, and left after seeing no damage to face or property. So Amber and her friends spilled a little wine and roughed the place up, got their stories straight under the direction of a lawyer and publicist, and then placed a second call to 911.

The first part of that sentence is 100% factually accurate and LAPD testimony proves it. Also, bodycam footage shows that there was no wine spilled when the second set of officers came to investigate. I made a video of Josh Drew’s testimony next to the testimony and footage from the police. Depp could not have spilled the wine because he wasn’t there between the first call to the police and the second. Someone else spilled it and then took a photo and it wasn’t Depp (unless the story is he snuck back to the penthouse and spilled the wine after the police left, which is not what Heard’s or her coven of freeloaders’ stories were under oath). It is a reasonable position that one of her friends or Heard herself spilled the wine, staged the scene, and took photographs of it as “evidence” against Depp. It is also a fact that Heard called her publicist and her lawyer that night. What she discussed with them isn’t known.

Heard’s publicist was never deposed, successfully avoiding deposition by Depp’s attorneys, and so that avenue wasn’t delved into as deeply as it could have been. But even if one or two details of that statement were not true (like the publicist and lawyer part), they certainly don’t rise to the level of “actual malice.” The jury found that the statements did rise to the level of actual malice even though the definition requires that the person making the statement knows it to be false and said it anyway or had a reckless disregard for the truth of the matter.

That doesn’t add up in Waldman’s case. Waldman testified that he took the evidence he had and gave it to the police and asked for an investigation into what he thought was a hoax against his client. No lawyer who is an officer of the court would do that if they knew the information they were handing over to police was false. He could have lost his license to practice law if it was discovered that he did that. And to prove malice, you would have to believe not only that Waldman know the statements he made were false but that he tried to hoax the police, risking his license and reputation with the sole purpose of hurting Heard.

Is it possible that he did that just so he could get a police report about the event and leak that to the press? Anything is possible, but who is the person proven to be a liar and a hoaxer in this case? That’s Ms. Heard.

But to seasoned lawyers, this decision isn’t confusing at all. Andrew Branca, attorney at Law of Self Defense, says this kind of unintelligible and contradictory decision happens when one or two jurors might disagree with the majority.

“The mixed verdict strongly favoring Depp suggests that the relatively modest judgment in favor of one of Heard’s claims was the result not of rational decision-making, but rather of negotiation among the jurors to arrive at a compromise verdict with whichever pro-Heard juror might have been dragging things out,” Branca told PJ Media.

After six weeks on very little pay and less freedom, it’s not surprising that a jury would make such a bad compromise in order to go home. Who could blame them? But it’s a mistake to infer from the decision that the jury believed Heard deserved anything or that the decision was legally sound.

The DUI Guy Larry Forman, who traveled to Virginia to cover the case from inside the courtroom, tweeted out that any appeal Heard files might go very wrong for her. “Prediction: Amber loses her $2m on appeal [court will reverse with no remand and state something along the lines of: “It appears the jury was confused about the instructions and tried to find Waldman liable, not JD.] and affirms JD’s verdict.”

Prediction: Amber loses her $2m on appeal (court will reverse with no remand and state something along the lines of: “it appears the jury was confused about the instructions and tried to find Waldman liable, not JD.) and affirms JD’s verdict. Post-appeal JD net: +$10,350,000.00.

Another annoyance with the decision is that it gives the media the opportunity to claim that Heard also “won” or that both parties “lost.” But if you watched the VIP Gold Live Chat today with Vodkapundit’s 11-year-old son Nate, he piped in like children do and proclaimed the obvious. “Johnny Depp got 10 million and she got 2. He wins.” Well said, Nate. Well said.

Top 7 MOST INSANE Olbermann Tweets on Overturning of Roe: ‘Arrest’ the ‘Terrorists!’
New Yorker Uses ‘Latinx’ 21 Times to Hype Liberal Spanish Language Radio Network
I Guess It’s Okay to Question the Legitimacy of Our Institutions Now
New York Attorney General Demands Google Scrub Crisis Pregnancy Centers From Search Results
The Stand Against Transgender Insanity Is One We All Must Take