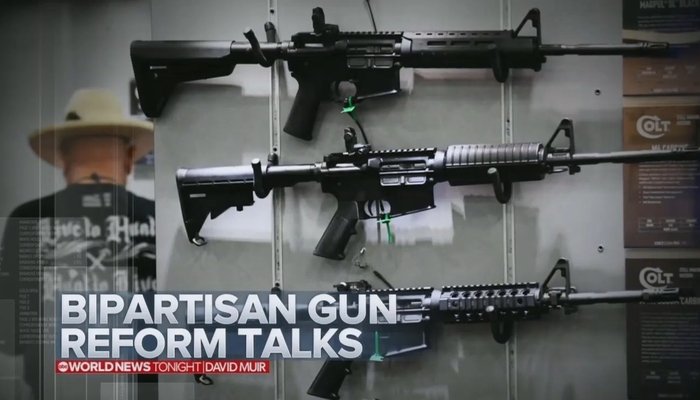 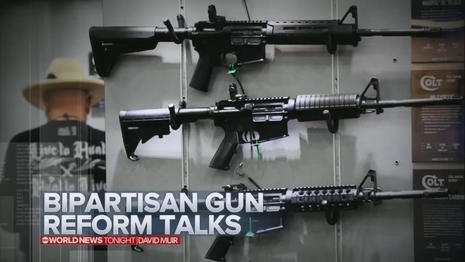 In the eyes of the New York Times, the legislative branch has now joined the judicial branch in having its credibility in tatters — unless it upholds liberal views. For the Supreme Court, the issue is abortion, in the wake of the opinion leak overturning Roe v. Wade; for the U.S. Senate, it’s gun control, in the wake of two awful massacres.

As usual, Democratic blowhard and Senate Majority Leader Chuck Schumer (D-NY) had a starring role, agonizing over Republican reluctance to do something about guns (click “expand”):

The decision of the Senate majority leader, Chuck Schumer of New York, to try for a negotiated compromise on new gun laws in the wake of the latest pair of mass shootings may prove to be a high-stakes bet on representative democracy itself, made at a time when faith in Congress — and the Senate in particular — is in tatters in both parties.

By raising expectations that a bipartisan deal on gun safety, mental health and school security is even possible, Mr. Schumer is intensifying the spotlight — not only on Republicans and whether they will come to the table in good faith, but also on the institution of the Senate and its ability to grapple with a pressing national issue like gun violence, so searing in its trauma and obvious in its impact.

Weisman insisted that “action on guns…is supported on both the left and the right.” He portrayed the potential results of right-wing resentments as scarier than the left-wing variety (court-packing):

Already, some liberals are pressing to expand the Supreme Court and do away with the filibuster, arguing that Senate Republicans’ partisan treatment of nominees has unfairly stacked the court and that compromise with the Republican Party is impossible.

Some conservatives have questioned the very bedrock of representative democracy, nominating Republican candidates for the coming midterm elections who have falsely declared the 2020 election stolen and indicated a willingness to warp the outcome of future elections.

And in truth, though Americans’ faith in Congress is minute, most do not even know how bad the Senate has become….

Weisman quoted moderate Republican Mitt Romney (UT) on background checks, but the 1,700-word story was suffused with Democratic frustrations with Republicans: “To get to 60 votes on a gun bill, Democrats would need unanimity on their side and 10 Republicans, not the four who began negotiating last week.”

Weisman actually seemed to be straining to appear bipartisan, but his relay of a tirade from left-wing Sen. Elizabeth Warren (D-MA) shattered the façade:

But many Democrats simply do not believe Republicans are willing to negotiate in good faith, even after the heartbreak of Uvalde. Republicans insist that protecting individual liberty is more important than a collective response to gun violence, then push to criminalize abortion, said Senator Elizabeth Warren, Democrat of Massachusetts.

“This is about a set of far-right views that entail using the government aggressively when it advances their agenda and leaving the government behind when that’s what gets them as far as they want to go,” she said, adding, “These are not people of principle.”

On May 27, Weisman co-wrote a story on the school massacre in Uvalde, Texas, including this snotty sentence: “On gun control, climate change, taxation and pandemic safety mandates, Republicans have seemingly decided individual rights trump a collective, societal response, regardless of the cost.”