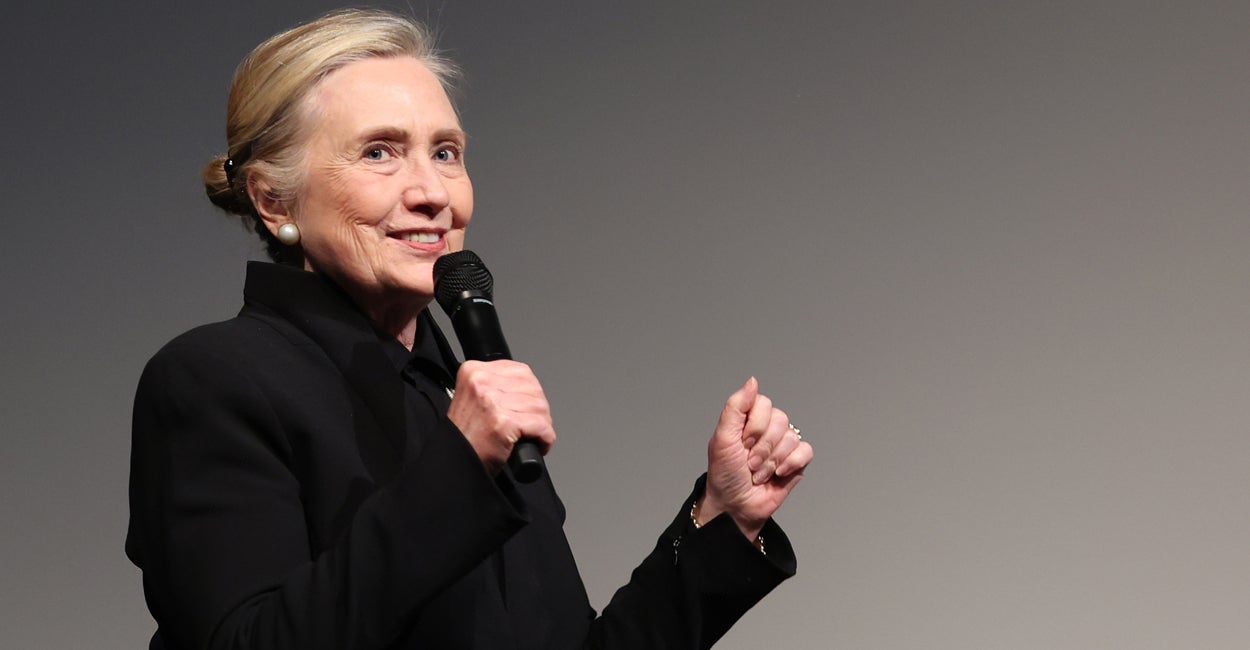 Close your eyes and imagine you’re living in the nation’s capital during the summer of 2016, at the height of the heated presidential race between Donald Trump and Hillary Clinton.

WikiLeaks had just published a trove of embarrassing emails about the Democratic National Committee’s marginalization of Clinton’s main rival for the Democratic nomination, Sen. Bernie Sanders, and Clinton herself was under investigation for how she handled classified emails.

Clinton’s presidential campaign, called “Hillary for America,” would not take these developments lying down.

As told by special counsel John Durham, senior members of the Clinton campaign formed a “joint venture” with lawyers from Perkins Coie, opposition researchers from Fusion GPS, foreign nationals such as Christopher Steele (of the infamous “Steele Dossier” hoax), and biased computer researchers to mount a smear campaign against Trump. They aggressively disseminated their falsehoods to the FBI and to any reporter who would listen, Durham alleged.

According to Durham, one aspect of the Clinton team’s smear campaign resulted in fabrication of a super-secret channel of communications between the Kremlin and the Trump Organization, the Republican nominee’s group of businesses.

A group of anti-Trump computer researchers led by tech executive Rodney Joffe simply concocted the secret communications out of whole cloth and shared their concoction with Perkins Coie, the law firm that represented both the Clinton campaign and the Democratic National Committee.

But how to get this phony allegation into the FBI’s hands without raising suspicions about its origins?  Enter Michael Sussmann, a Perkins Coie lawyer who had friends in high places, including FBI General Counsel James Baker. To keep Clinton’s fingerprints off this shoddy work, on Sept. 18, 2016, Sussmann texted this assurance to Baker on his personal phone:

Jim–it’s Michael Sussmann. I have something time-sensitive (and sensitive) I need to discuss.  Do you have availibilty [sic] for a short meeting tomorrow? I’m coming on my own–not on behalf of a client or company–want to help the Bureau. Thanks.

The next day, Sussmann met with Baker and repeated that he was not acting on behalf of the Clinton campaign or any other client. Baker testified under oath at Sussmann’s trial that he was “100% confident” on that point.

Other records at the law firm indicate that Sussmann billed the Clinton campaign for the purchase of two thumb drives he bought at Staples and gave to Baker at their meeting.

For a jury to acquit Sussmann on the charge of lying to the FBI, it would have to conclude that Sussmann’s Sept. 18 text to Baker was either contrived or irrelevant; that Baker’s memory at trial was faulty or he was willing to lie under oath; that Sussmann lied but the lie wasn’t material; that Sussmann’s trip to his neighborhood Staples to buy two thumb drives on the Clinton campaign’s dime was a mere coincidence; and that Sussmann’s billing of his Sept. 19 meeting with Baker was … oh well, you get the point.

Alas, the D.C. jury on Tuesday acquitted Sussmann. Maybe the jurors thought the whole thing was just a big misunderstanding.

But for many court observers, Sussmann’s acquittal came as no surprise. After all, Washingtonians gave Clinton 92.8% of their vote in 2016, with Trump receiving a mere 4.1%. Now the government wants to send a lawyer to prison who was trying to get Clinton elected? Not a chance.

Doesn’t the jury selection process weed out jurors who would be biased in favor of either the government or Sussmann? Not so much.

Some of the 12 jurors and four alternates impaneled by District Court Judge Christopher Cooper had some shaky responses during jury selection. One juror said that he had donated money to Clinton and could promise only to “strive for impartiality as best I can.”

Durham’s legal team asked Cooper (an appointee of President Barack Obama in 2014) to strike the Clinton donor, but he overruled them. “I’ll try to be fair, but no promises!” appears to be good enough for D.C. courts.

Another paragon of impartiality on the jury was a woman who admitted to being a donor to Rep.  Alexandra Ocasio-Cortez, D-N.Y. No worries, though. When this juror was informed that neither Clinton nor Trump was on trial, she gave her word that she could be impartial.

Writing for The Hill, law professor and commentator Jonathan Turley said of the remainder of the Sussmann jury: “Other jurors include a woman who said she thought she was a Clinton donor but could not remember; a juror whose husband worked for the Clinton 2008 campaign; and a juror who believes the legal system is racist and police departments should be defunded.”

So, Sussmann truly was judged by a jury of his peers—Democrats and Clinton donors.

Our court system is supposed to deliver justice. Justice, like the statues of a blindfolded Lady Justice that adorn many American courthouses, is supposed to be blind.

Lady Justice holds the scales of justice in her hand as well.  In this instance, on one side of the scale was ironclad evidence that Sussmann was acting on behalf of the Clinton campaign in the middle of a turbulent political contest and dissembled to a senior FBI official. On the other side of the scale sat a jury bespeckled by Clinton donors.

It was no shock which side the scale tipped toward.

Lady Justice is blind, but she isn’t supposed to be deaf and dumb to boot. And yet that seems to be the outcome that America got in the jury’s acquittal of Michael Sussmann.

Biden Pentagon Pledges To Protect Abortion Access For Troops
President Joe Biden’s Schedule for Thursday, June 23, 2022
Republican Sen. Kevin Cramer gets tip of pinky finger stitched back on after injury, but faces risk of infection and possible need for amputation
Faith and Freedom Go Together
Elon Musk’s kid Xavier did WHAT to publicly shame HER dad?