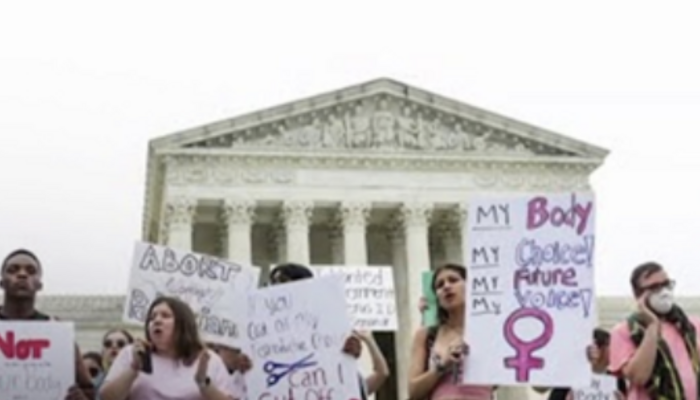 Another article from the Washington Post called on Big Tech companies to support abortion rights.

Aziz Huq and Rebecca Wexler, the authors of the article, said tech companies had the opportunity to make their position clear:

“Big Tech could either chose to cooperate with antiabortion states by shutting down the flow of useful information and handing over inculpating data. Or it could shield the flow of health information and carve out new privacy protections to prevent outsiders from inferring early pregnancy or abortion. Firms headquartered in pro-abortion rights states — who generally have younger, left-leaning workforces — have strong internal incentives to defend reproductive choice, but it would be foolish to doubt that they will also experience strong pressure from antiabortion politicians and activists.”

The authors alleged that shared online data from the companies could “aid antiabortion prosecutors.”

“Abortion rights advocates have focused particular attention on period tracking apps, such as Flo and Clue,” the article read. “But many other kinds of data could aid antiabortion prosecutors. Fitbit products, for example, collect weight, activity, heartrate, and sleep data — which also can provide telltale clues about pregnancy. The company promises to share it only ‘for legal reasons, or to prevent harm.’”

The article alleged that “nothing” would stop prosecutors from subpoenaing data to prosecute doctors who perform abortions in states where the procedure was restricted or outlawed.

“…Fitbit data has already been used as evidence in cases ranging from rape to murder, and nothing is stopping prosecutors from subpoenaing similar data to sustain abortion prosecutions.”

An article with a similar position was published on the paper’s website last month.

NewsBusters reported that an Activision Blizzard employee was angry with the company for not giving employees paid time off to protest abortion restrictions.

“Right now, within Activision, there are many employees distracted and scared for the future,” Emily Knief, a senior motion graphic designer at Blizzard who identifies as transgender, told The Post at the time. “Mr. Kotick made a commitment to improve the working conditions of the many lives that work under him and make Activision the best company it can be. And I can say without hesitation that, as of right now, he’s failing all of us.”

Knief added that the company policy forced employees to work their jobs instead of protesting the issue.

“While bodily autonomy may be a hot-button issue, [companies like Activision Blizzard] are disregarding the very real lives of the people that it impacts,” Knief added. “The many women, trans men and nonbinary folk within the company that are forced to carry on their day-to-day meeting expectations of their role while also being mindful of the fact that their ability to regulate their own bodies may soon become criminalized.”