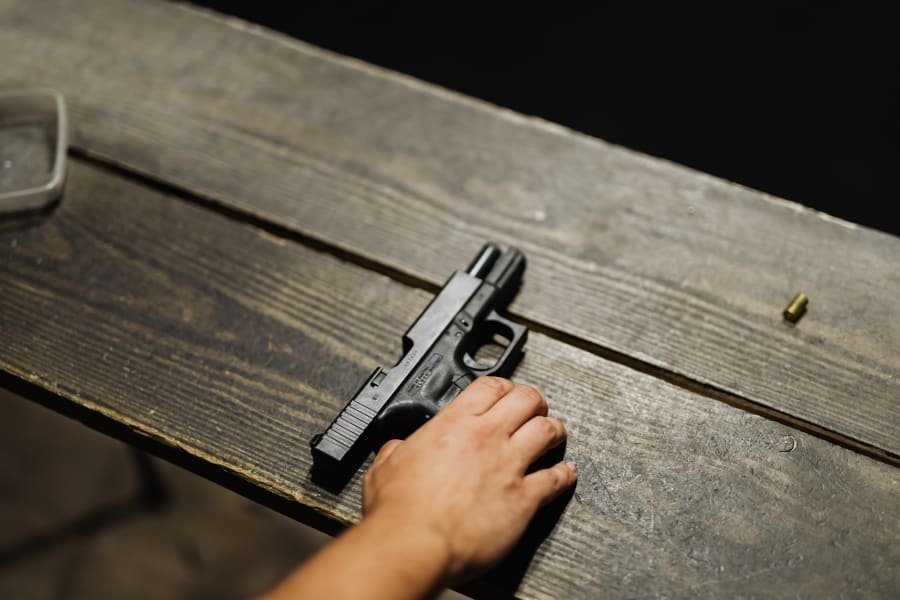 It is, therefore, not entirely surprising that a study reveals that a growing number of teenagers are carrying handguns—a surge of 41 percent over the past two decades—with considerable increases seen among those who live in rural, White and upper-income households.

Researchers at Boston College analyzed handgun carriage among 12 to 17-year-olds between 2002 and 2019: they found that rates declined among Black, American Indian and Alaskan Native adolescents and remained the same among Hispanic teenagers. Meanwhile, White teenagers reported the most significant increase in carrying handguns.

There was also a flip in gun carriage based on income: whereas two decades ago, teenagers from the lowest-income families had the highest rate, that recognition moved to youngsters from upper-income families.

To add weight to these findings, data analyzed from the National Survey on Drug Use and Health showed 200,000 more teenagers carrying handguns between 2019 and 2020 than between 2002 and 2003.

Clearly, teenagers are feeling the need to carry guns. Is anyone surprised given the surge in riots and protests turned violent over the last two years?

Naoka Carey, a co-author of the study and a Ph.D. researcher in developmental and educational psychology at Boston College, thinks so. “The overall increase was surprising and very concerning.” she said.

Gun violence is now the leading cause of death for children in the U.S. and it is absolutely critical that we address it. To do that, policy needs to be informed by what teenagers are reporting they do today, not what they were doing 20 years ago or class-or race-based assumptions about which kids carry [fireguns].

According to the Giffords Law Centre, which advocates increased gun control, federal law prohibits gun stores from selling handguns to those under 18 years of age. However, federal law allows minors to have firearms temporarily for ranching, farming and hunting, provided written consent from a parent or guardian. Of course, it is already entirely legal in many states for children to fire long guns at shooting ranges under the guidance of instructors. Lately, teenagers in Iowa can use handguns under the supervision of an adult.

A recent study found that between January 2019 and April 2021, more than 5 million children under 18 years of age came into contact with a gun for the first time at home. Another study by researchers at Northeastern University revealed that around 30 percent of parents acknowledged their children had access to handguns.

If the above studies weren’t enough, research from the University of Washington found that half of the young people aged between 12 to 26 who said they had carried a handgun in the last year only did so once.

Ali Rowhani-Rahbar, an epidemiology professor at the university, said, “Handgun-carrying among the youth appears to be a very intermittent behavior.” He then continued to add that:

Access to handguns, more often than not, comes from parents’ ownership of firearms. So there is no doubt that parents here have a really important role, whether it’s an urban area or rural area, in terms of reducing the risk of firearm injury and deaths among their children.

Clearly, many parents choose to familiarize their children with guns and teach them how to manage them safely and effectively. It is not unusual for youngsters, particularly in rural areas, to practice using firearms under professional supervision.

On a different note, access to guns assembled from kits have been used in numerous shooting crimes in growing gang-related violence across major cities, another reason why more young people might feel the need to carry handguns for protection.

In mid-April, the Biden administration disclosed a federal government regulation targeting “ghost guns.” Such firearms have been sold without background checks, are assembled from kits and do not contain serial numbers like traditional firearms, making them easy to obtain and untraceable to federal law enforcement.

Biden insisted the measure was “basic common sense” and added that the United States Department of Justice would make it “illegal for a business to manufacture one of these kits without a serial number. Illegal. Illegal for a licensed gun dealer to sell them without a background check.”

Under the new rule, licensed gun dealers and gunsmiths will perform background checks before processing a sale. However, illegal handgun sales will continue with business as usual, and it is tempting to ask how much of the ghost guns’ sales will move into the underground economy of the black market.

To what extent have additional gun laws prohibited the illegal circulation of firearms and reduced gun-related criminal activity to date? Between background checks and waiting periods for firearm purchases, many gun control laws exist today.

The problem with implementing stricter laws to solve or prevent criminal activity is flawed because it will only hinder those who want to bear arms legally, usually though not always, for self-defense. With America awash with protests and demonstrations resulting in violent clashes, more young people are turning to firearms to feel safer and protect themselves and their families.