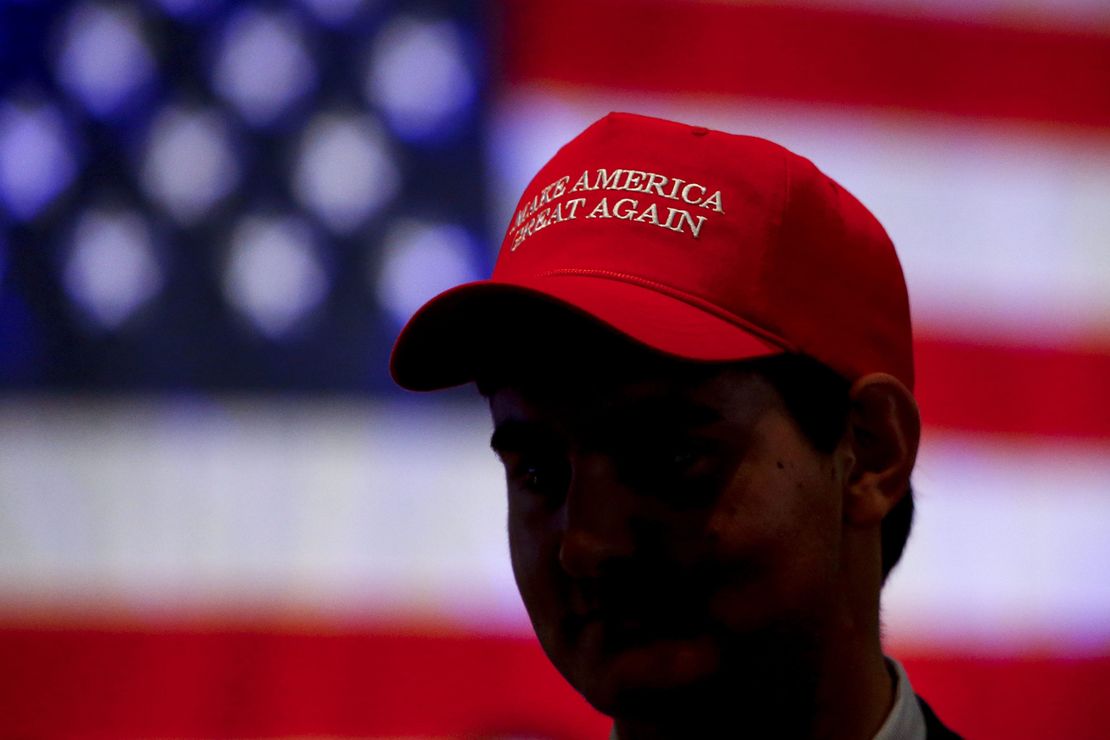 We all know at this point that the left can’t meme. We’ve seen the evidence of this so many times.

But what’s also become so apparent lately is that they can’t brand anymore either. I’ll be the first to admit they have a long record of effectively using euphemisms to appear less radical. They call themselves “progressives.” They call support for abortion rights “pro-choice.” They won over America on the issue of same-sex marriage with the slogan “love is love.” They disguise their hatred of views that differ from their own as “tolerance.”

You get the idea.

Despite a relatively strong record of Orwellian language manipulation to promote their agenda, they’ve lost their edge when it comes to attacking conservatives.

In 2008, Barack Obama dismissed conservatives as bitter people who cling to guns and religion. “And it’s not surprising then that they get bitter, they cling to guns or religion or antipathy to people who aren’t like them or anti-immigrant sentiment or anti-trade sentiment as a way to explain their frustrations.” The remark backfired on him. It didn’t stop him from ultimately winning the election, but he was lucky to have been running against such a weak GOP candidate.

Hillary Clinton was not so lucky when she branded Trump supporters as “deplorable.”

“You know, to just be grossly generalistic, you could put half of Trump’s supporters into what I call the basket of deplorables. Right? The racist, sexist, homophobic, xenophobic, Islamaphobic—you name it. And unfortunately there are people like that. And he has lifted them up,” she said in September 2016. “But that other basket of people are people who feel that the government has let them down, the economy has let them down, nobody cares about them, nobody worries about what happens to their lives and their futures, and they’re just desperate for change.”

Related: Democrats Give Us Cool Nicknames Like ‘Deplorable’ and ‘Ultra MAGA’ so We Owe Them a Few

She would later regret that comment, which epitomized the left’s disdain for ordinary Americans who disagree with them so much that they’ll falsely label them as racist, sexist, etc., in order to pretend to have moral superiority. As a result, Trump supporters owned the label “deplorable,” effectively weaponizing it against Hillary Clinton.

Earlier this month, Joe Biden tried to rebrand Trump supporters again, dubbing them as “Ultra-MAGA.” The only thing more hilarious than Biden thinking this was an effective insult was the amount of time and energy that went into coming up with this branding.

“For six months, Democratic messaging guru Anita Dunn and the Center for American Progress Action Fund oversaw an effort to discern Republicans’ weak spot, according to the Washington Post,” Katherine Doyle of the Washington Examiner reported. “Dunn, a longtime Biden adviser, returned in May to the White House in a senior adviser role — the third time since the start of the president’s term.”

Not even Biden’s boosters at MSNBC thought it was a clever insult, and naturally, conservatives owned the label. Trump embraced it, and the GOP started selling Ultra MAGA merchandise. Biden clearly didn’t learn his lesson, as a few days later, he dubbed Trump “The Great MAGA King,” a label that Trump quickly embraced.

The moral of the story here is that Democrats are really, really bad at branding their opponents, and the more they try, the more empowered we become. And I mean that sincerely, as an ultra-MAGA deplorable.

What Does Abortion Have to Do With Organ Donation? Nothing.
Woke UK bank posts photo of name tag with gender pronouns, then tells detractors, ‘If you disagree with our values, you’re welcome to close your account’
4 Recipes for Homemade DIY Lawn and Garden Fertilizer
How To Sell Your House for the Highest Price Possible
A man who moved to New York City complained about bodegas and the cancel culture mob got him fired from his job