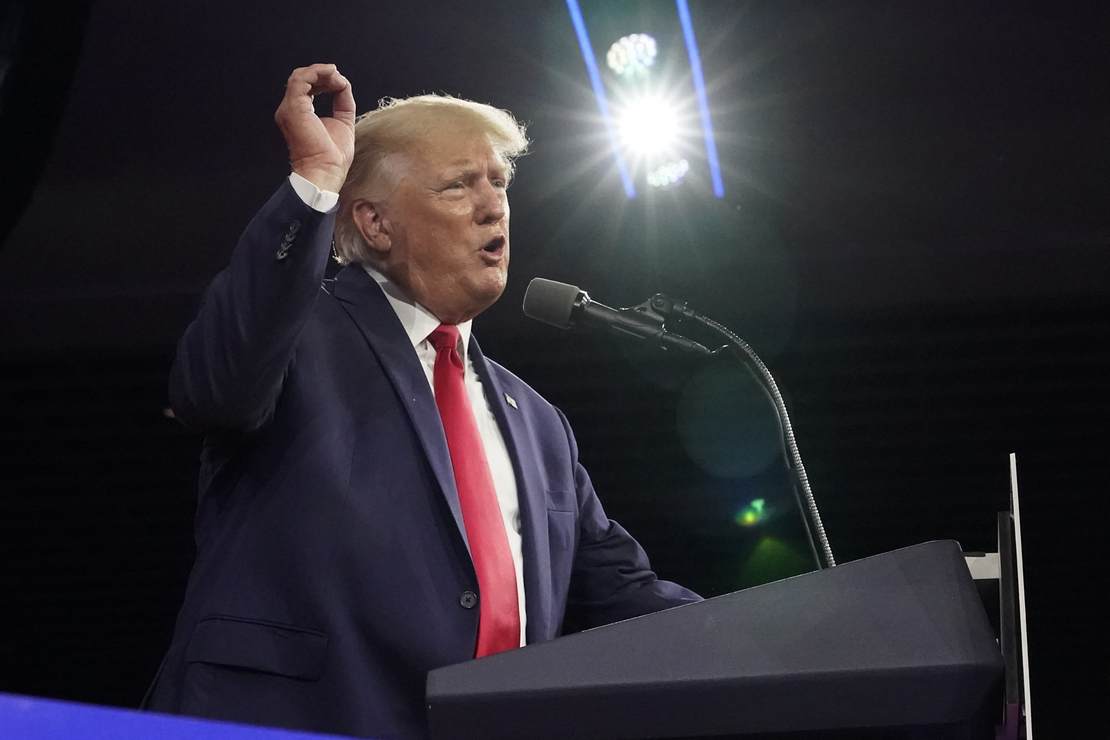 The National Rifle Association (NRA) held its annual convention on Friday, less than a week after the school shooting in Uvalde, Texas. The shooting prompted several people to back out, including entertainers, due to public pressure. Donald Trump, however, was not intimidated and delivered his planned speech.

“Now is the time to find common ground,” Trump declared. It was wishful thinking to be sure, as the left has quickly sought to politicize the recent shootings in Texas and Buffalo, N.Y.

Some might say Trump should have backed out of the convention, but he didn’t and he absolutely crushed it.

“Sadly, before the sun had even set on the horrible day of tragedy, we witnessed a now-familiar parade of cynical politicians seeking to exploit the tears of sobbing families to increase their own power and take away our constitutional rights,” Trump said. “Every time a disturbed or demented person commits such a hideous crime, there’s always a grotesque effort by some in our society to use the suffering of others to advance their own extreme political agenda.”

Trump described the left’s efforts to shift blame away from the shooters and put “blame onto the shoulders of millions of peaceful, law-abiding citizens who belong to organizations such as our wonderful NRA,” as repulsive.

One person particular in Trump’s crosshairs was Joe Biden, who, in the wake of the Uvalde, Texas shooting, declared “As a nation, we have to ask: When in God’s name are we going to stand up to the gun lobby?”

“When Joe Biden blamed the gun lobby, he was talking about Americans like you,” Trump told the attendees of the convention. “And along with countless other Democrats this week, he was shamefully suggesting that Republicans are somehow okay with letting school shootings happen. They’re not okay with it. This rhetoric is highly divisive and dangerous, and most importantly, it’s wrong. It has no place in our politics. As always, in the wake of these tragedies, the various gun control policies being pushed by the left would have done nothing to prevent the horror that took place. Absolutely nothing. Unfortunately, ever since Columbine, we’ve been afflicted by a contagion of school shootings carried out by deeply evil, violent, and mentally disturbed young men.”

Trump is right of course. In reality, it’s Democrats who don’t seem to want to fix the problem, choosing instead to favor more gun control that doesn’t work, and he offered a blueprint for how to correctly address mass shootings like this so they never happen again.

“We need to drastically change our approach to mental health. There are always so many warning signs. Almost all of these disfigured minds share the same profile. When people see something, whether on social media or in school, they need to say something. Teachers, parents, school officials, and community members need to be recognizing and addressing these alarm bells promptly and very, very aggressively. And our school discipline systems, instead of making excuses and continually turning a blind eye, need to confront bad behavior head on and quickly.”

Mere days after the Texas shooting, the California State Senate voted to repeal a law requiring that law enforcement be notified when a student threatens violence against school officials. Why would they do such a nonsensical thing? Threatening violence against school officials sure sounds like a warning sign to me, but California Democrats believed the reporting requirement was racist because it disproportionately affected minorities. It’s hard to believe such stupidity exists, but Trump deserves a lot of credit for not backing out of the convention and for saying what needs to be said.