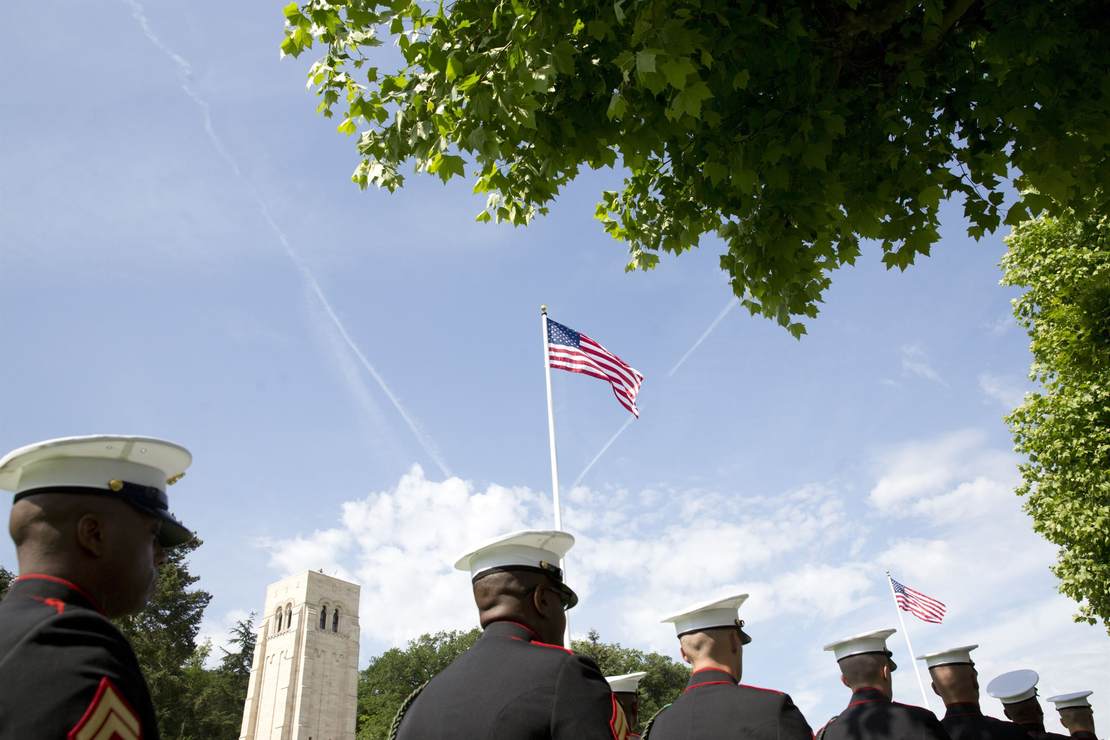 While the left is busy trying to find a way to fold the Uvalde school shooting in with explanations of what Memorial Day is all about, I will write about the origins of Memorial Day and how it holds lessons for the United States today.

Around 42% of Civil War dead could not be identified, making them the largest segment of unknown burials in National Cemetery Administration (NCA) cemeteries. This troubled Gen. John Logan, a former congressman whom Abraham Lincoln made a general because he needed pro-war Democrats to show that the war was not a partisan Republican affair.

Most political generals were a danger to their troops. But Logan was different. He studied soldiering and watched his mentor, Gen. William T. Sherman, closely. Universally, his men loved and respected him.

Logan’s concern for his men was evident after the war as well. Elected to Congress again in 1866, Logan took part in the first Memorial Day observance in Illinois. It’s thought that Logan became especially interested in the issue of a decoration day for the nation following a gesture by the women of Columbia, Miss. who, during a remembrance for the dead, placed flowers on the graves of both Union and Southern soldiers. Logan had fought with Grant at the battle of Columbia and remembered well the hatred of civilians toward the Union Army. Horace Greeley wrote a famous editorial about the Columbian women and Francis Miles Finch wrote a beautiful poem for the Atlantic Monthly entitled “The Blue and the Grey.”

In 1868, Logan was named Commander in Chief of the Grand Army of the Republic (GAR). He turned the GAR into the most powerful veteran’s group in American history. For more than 30 years, no Republican could get the Presidential nomination without the support of the GAR. At its peak, more than 400,000 veterans of the Civil War were members. Their presence during parades and remembrances of that war became a source of inspiration to an entire generation of American historians and writers, including Bruce Catton, Eric Forner, and James McPherson.

It was Logan who first designated May 30 as Decoration Day “for the purpose of strewing with flowers or otherwise decorating the graves of comrades who died in defense of their country during the late rebellion, and whose bodies now lie in almost every city, village, and hamlet churchyard in the land.”

What made the gesture so telling was that Logan ordered that there would be no discrimination between the dead of the North and South. All would be honored equally. Indeed, this one gesture inspired people across the North and the South to treat the dead from the other side with a reverence they had not previously shown.

Logan didn’t invent Memorial Day. In fact, many individuals and several localities claim that honor. But perhaps Logan’s idea to honor all who died equally reminds us that, despite all of our differences, we are still one nation. And we set aside one day to honor the men and women who gave their lives for that concept.

We don’t think much about why they died or even how they died. All we know and care about is that they died for us. We, the people, asked them to go in harm’s way, and they responded courageously, giving that “last full measure of devotion” as Lincoln called it at Gettysburg. Sometimes we may have been wrong. Sometimes the conflict couldn’t be avoided. And sometimes we were right. Circumstances, blurred by time and softened by memories of loved ones lost, are of secondary consideration. When the political leadership, freely elected by the people, decides to take the United States to war we are duty bound to support our fighting men — even if we disagree with the decision to fight. For, in the end, it is their sacrifices that define us as a people.