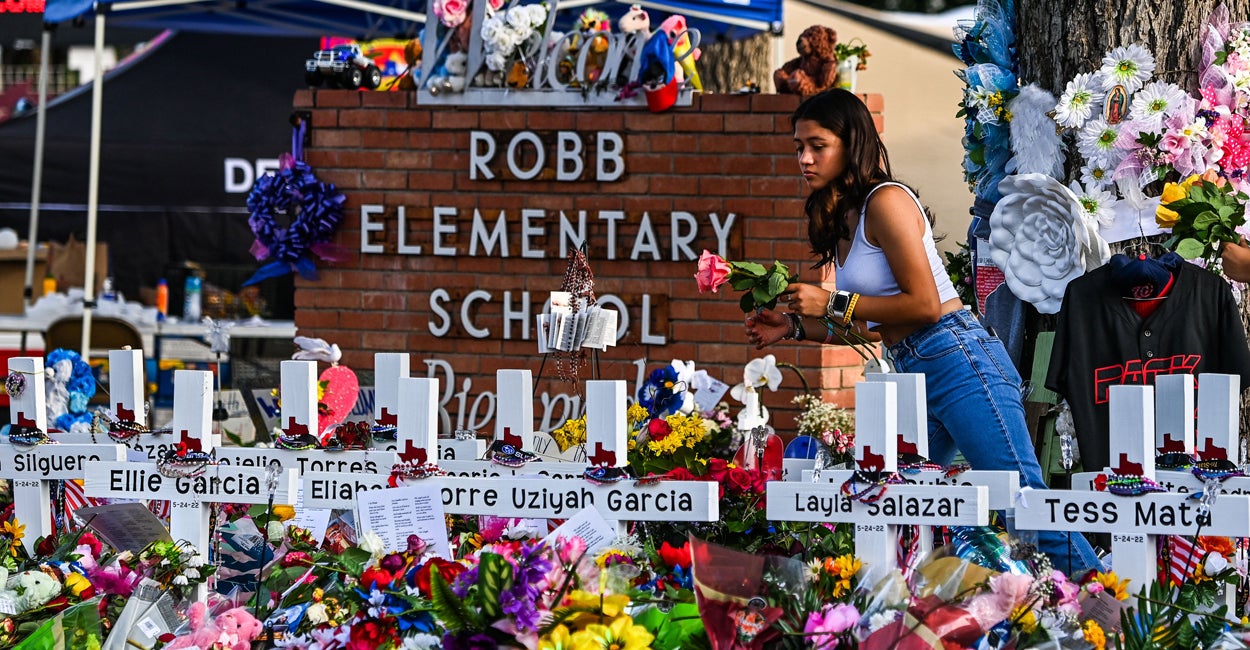 I find myself shaken and stricken after the latest mass shooting, the elementary school massacre in Uvalde, Texas, that saw 19 children and two teachers slain in cold blood, more so than I did after other mass shootings in recent years.

Part of that is biographical: As an ex-Texan, the son of an elementary school teacher and the owner of a rifle made by the same manufacturer as was the apparent murder weapon, this just hit home a little closer. And part of that, of course, is the sheer nature of the evil incarnate the likes of which decides to go shoot up a schoolhouse.

The palpable nature of that profound evil in our midst is yet the latest reminder of the truism, contrary to modern convention though that truism may be, that man is by his nature inclined toward iniquity. As God himself says in Genesis 8:21: “The imagination of man’s heart is evil from his youth.” Naturally inclined toward tradition, conservatives—if perhaps no one else—intuit this.

And as the great conservative statesman Edmund Burke once said, “Men are qualified for civil liberty in exact proportion to their disposition to put moral chains upon their own appetites—in proportion as their love to justice is above their rapacity.”

In theory, in an America ravaged by plummeting church attendance and a concomitant crisis of mass despondency, this sentiment could militate in favor of greater “gun control” measures. But in America there is, of course, our cherished Second Amendment—with its individual right to gun ownership secured in our jurisprudence by the landmark 2008 Supreme Court case, District of Columbia v. Heller.

Just as important, there is also the unavoidable reality that, in the year 2022, there are now more firearms in circulation in America than there are human beings. Put simply, even if one wanted to better “control” guns, that ship has sailed at this point.

The “conservative theoretical case” for greater gun “control” thus fails on empirical grounds. But it also fails on alternative theoretical—and historically informed—grounds. As then-Judge Alex Kozinski of the U.S. Court of Appeals for the 9th Circuit wrote in a powerful dissent from denial of an en banc rehearing in the 2003 case of Silveira v. Lockyer:

All too many of the other great tragedies of history—Stalin’s atrocities, the killing fields of Cambodia, the Holocaust, to name but a few—were perpetrated by armed troops against unarmed populations. … If a few hundred Jewish fighters in the Warsaw Ghetto could hold off the Wehrmacht for almost a month with only a handful of weapons, 6 million Jews armed with rifles could not so easily have been herded into cattle cars. …

The prospect of tyranny may not grab the headlines the way vivid stories of gun crime routinely do. But few saw the Third Reich coming until it was too late. The Second Amendment is a doomsday provision, one designed for those exceptionally rare circumstances where all other rights have failed.

As unspeakably evil as atrocities like Uvalde are, those words are just as true today as they have ever been. (Indeed, if anything, in the aftermath of two years of COVID-induced hysteria, they ring even truer.)

And as a poignant reminder of the ever-lurking threat of that “prospect of tyranny,” I keep on my work desk at all times a rock that a rabbi once gave me that he smuggled out of the Auschwitz crematorium—as well as a rock that I personally took from the killing field of Treblinka. One can trace a direct line from those rocks to my rifle.

Greater “gun control,” then, is simply not the answer. There must be a very strong rebuttable presumption against even incremental proposed reforms, such as so-called “red flag” laws. And based on all the available empirical evidence, that presumption has not been overcome in any gun-related reform now discussed.

Tragically, there are no easy answers. At a micro level, governments at all levels must increase funding for mental health awareness and early-intervention programs. At a macro level, it is well past time to start rolling back the liberalization of involuntary commitment that roiled American society in the tumultuous 1960s and 1970s.

Making it easier to remove mentally disturbed and patently insane loners from the streets would not merely have a salutary effect on alleviating America’s epidemic of mass shootings; it would also help ameliorate our homelessness epidemic, given the disproportionate number of homeless individuals who are mentally ill. Prosecutors must also more stringently pursue gun trafficking, straw purchasing, and other firearms-related charges.

Every single school in America must also be hardened. It is incumbent upon governors and state legislatures to ensure every single school in their jurisdiction has armed security and a single entrance point (multiple one-way, exit-only doors are fine). Crucially, this cannot be left up to superintendents on a district-by-district basis; this must be mandated by state governments.

In the mass murder in 2012 in an Aurora, Colorado, movie theater, the shooter chose the only theater in the immediate radius that did not permit moviegoers to carry a concealed weapon; we cannot risk psychopathic would-be school shooters making a similar calculation about a comparatively “softer” school target.

Innocent children are society’s most precious assets. That a parent can drop a child off at school and ever harbor any doubts about whether that child will return at the end of the school day is beyond inexcusable.

If Democrats agree, then they will work with Republicans on some of these clear and obvious measures—assuming, of course, they don’t take the cowardly way out and resort to grandstanding about misbegotten “gun control.”