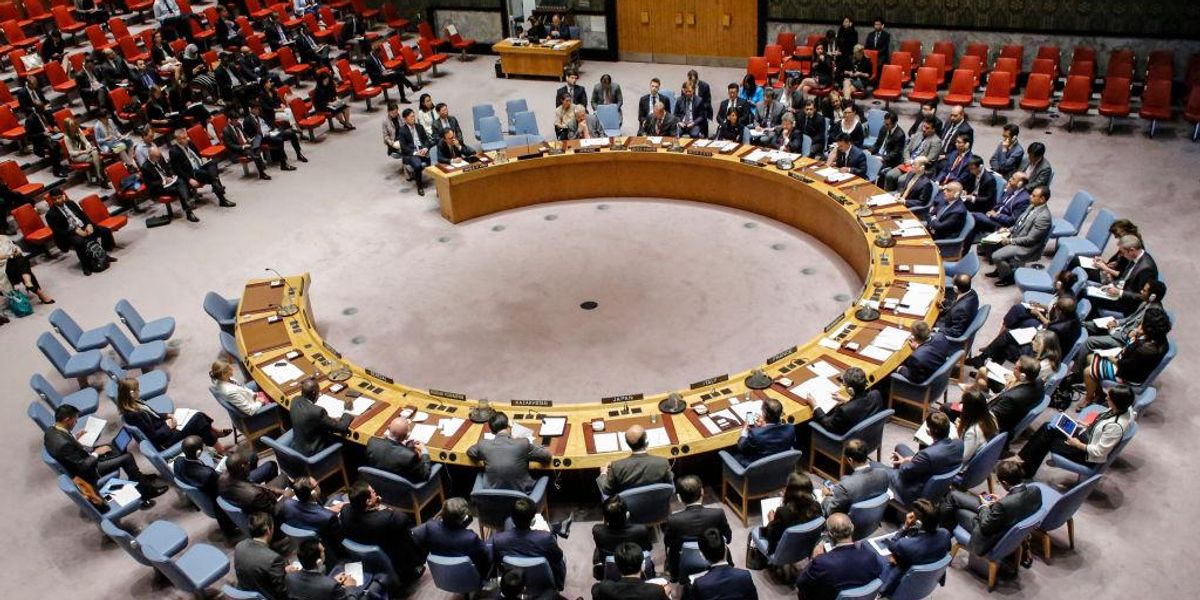 China and Russia vetoed a recent resolution in the United Nations (U.N.) sponsored by the U.S. that would have imposed new sanctions on North Korea for its continued launching of intercontinental ballistic missiles that can be used to carry nuclear weapons.

In 2006, the security council unanimously imposed sanctions on North Korea after its first nuclear test explosion. Over the years these sanctions packages intensified, and so far there have been 10 resolutions unsuccessfully seeking to rein in North Korea’s nuclear and ballistic missile programs.

After vetoing the vote, Chinese and Russian representatives said that their countries oppose implementing more sanctions on North Korea while stressing the need for more dialogue between North Korean and American leadership.

U.S. Ambassador Linda Thomas-Greenfield expressed disappointment at the vote but indicated that she was not surprised. Thomas-Greenfield called North Korea’s 23 ballistic missile launches this year “a grave threat to international peace and security.”

Using the initials of the North Korea’s official name, she said, “The world faces a clear and present danger from the DPRK.”

Before this recent vote, Thomas-Greenfield urged council members to fulfill its commitment and act against North Korea’s renewed ICBM launches and its reinvigorated nuclear program.

China’s ambassador to the U.N., Zhang Jun, blamed the U.S. for not reciprocating North Korea’s “positive initiatives” during talks held between the two countries under the Trump administration in 2018 and 2019.

Jun said it was the U.S.’s responsibility to resume dialogue with North Korean leadership and find a diplomatic solution that advanced a peace treaty between North and South Korea in lieu of the longstanding armistice.

Zhang said, “The situation and the peninsula has develop to what it is today thanks primarily to the flip-flop of U.S. policies and failure to uphold the results of previous dialogues.”

‘Pastor’ Scarborough and Reverend Al Sharpton Give Sermon on Abortion
Biden Pentagon Pledges To Protect Abortion Access For Troops
“Simply Outrageous!” – Former DHS Secretary Mark Morgan Weighs in on the Biden Regime’s Public Humiliation of Peter Navarro — PLEASE DONATE TO PETER TODAY
The Inconvenient Truth About COVID-19 Relief Scandals
Joy Reid: GOP to ‘Take Ownership’ of Half The Women in US After Roe