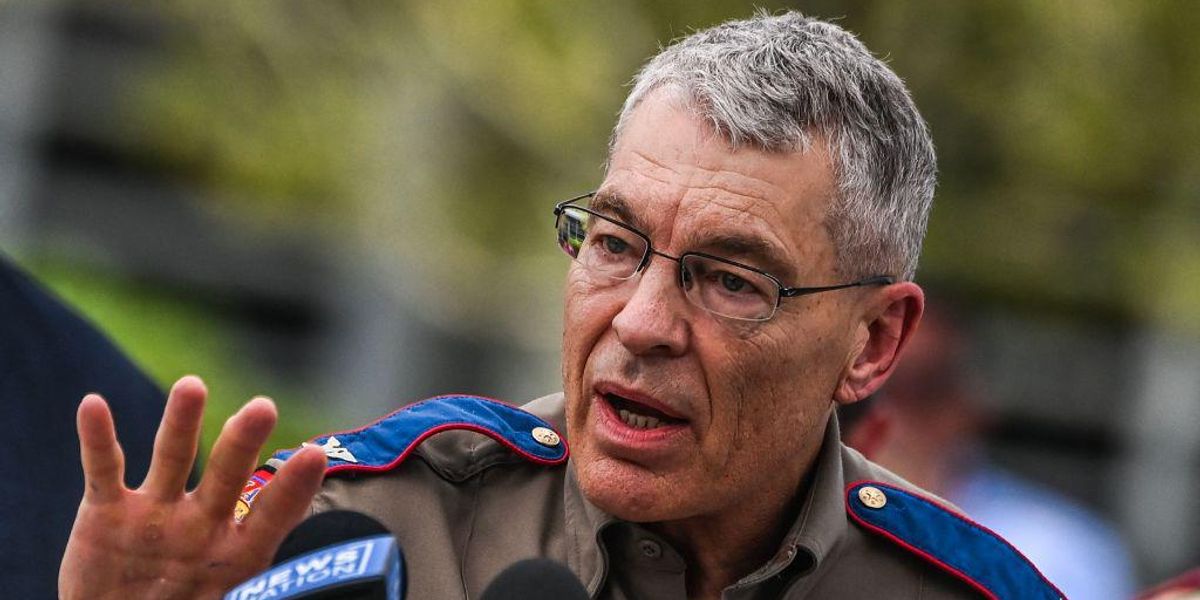 Texas Department of Public Safety Director Steve McCraw admitted Friday that police in Uvalde, Texas, made a fatal error in judgement during Tuesday’s mass shooting event at Robb Elementary School, waiting outside for backup instead of rushing in to confront the gunman.

“Obviously, based on the information we have, there were children in that classroom that were still at risk,” McCraw said. “From the benefit of hindsight where I’m sitting now, of course, it was not the right decision. It was the wrong decision. Period.”

u201cTexas Department of Public Safety Col. Steven McCraw on the decision to not immediately breach the classroom door: u201cFrom the benefit of hindsight, where Iu2019m sitting now, of course, it was not the right decision. It was the wrong decision, period. Thereu2019s no excuse for thatu2026u201du201d

Speaking at a press conference, McCraw revealed new details about the massacre that left 19 children and two teachers dead. The local police have faced mounting criticism over their response to the active shooter situation, particularly from parents who accused officers of “doing nothing” while the gunman was inside the school.

According to the director, video evidence reveals that at 11:27 a.m. local time, a teacher had propped open an exterior door that police suspected the gunman used to enter the building.

At 11:28 a.m., the shooter crashed his vehicle in a ditch outside the school, exited, and then began firing at two males from a nearby funeral home who had come to investigate the crash. He did not hit either of the two men.

By 11:31 a.m., the shooter had reached “the last row of vehicles” in the parking lot and started firing at the school building from outside.

Earlier reports that a school resource officer had confronted the gunman outside the building were inaccurate, McCraw said. That officer “was not on scene” at the time, but had “heard the 911 call” and “drove immediately to the area.”

McCraw said the officer “sped to what he thought was the man with a gun at the back of the school that turned out to be a teacher, and not the suspect. In doing so he drove right by the suspect, who was hunkered down behind a vehicle where he began shooting at the school.”

At 11:33 a.m., the gunman used the propped-open door to enter the building. McCraw said that audio evidence indicates the suspect fired more than 100 rounds after entering the school.

Three officers from the Uvalde police department went to the same door as the suspect at 11:35 a.m., and two received “grazing wounds” from the suspect while the door was closed, McCraw said. They were followed by four more officers, including a county sheriff, who responded to the scene.

Gunfire was heard intermittently during this time. At some point, the shooter had entered a classroom, where he massacred the children.

By 12:03 p.m. there were as many as 19 officers on scene and in the school hallway, McCraw said. The suspect fired again at 12:21 p.m. and was believed to be at the door of the classroom.

Law enforcement moved down the hallway and at 12:50 p.m. breached the classroom door using keys obtained from a janitor. At that time, they confronted and killed the suspect, the director said.

McCraw also shared new details about 911 calls made by students, including one who repeatedly asked the dispatcher to “please send police now.”

u201cA girl who was inside one of the classrooms where the gunman opened fire called 911 several times during the siege, Steven McCraw, director of the Texas Department of Public Safety says.nnu201cPlease send the police now,u201d she said at one point.u201d

McCraw said the gunman was found to have a history of discussing school shootings and buying a gun in Instagram chats in February and March of this year. In September 2021, he asked his sister to help him buy a weapon, but she refused.

Facing questions from reporters on why it took nearly an hour to stop the shooter, McCraw said police mistakenly believed the situation had changed from an “active shooter to a barricaded subject.”

Police thought there was time to retrieve the classroom keys and wait for a tactical team with equipment to breach the door and take on the subject, McCraw said.

“The decision was made on the scene.”