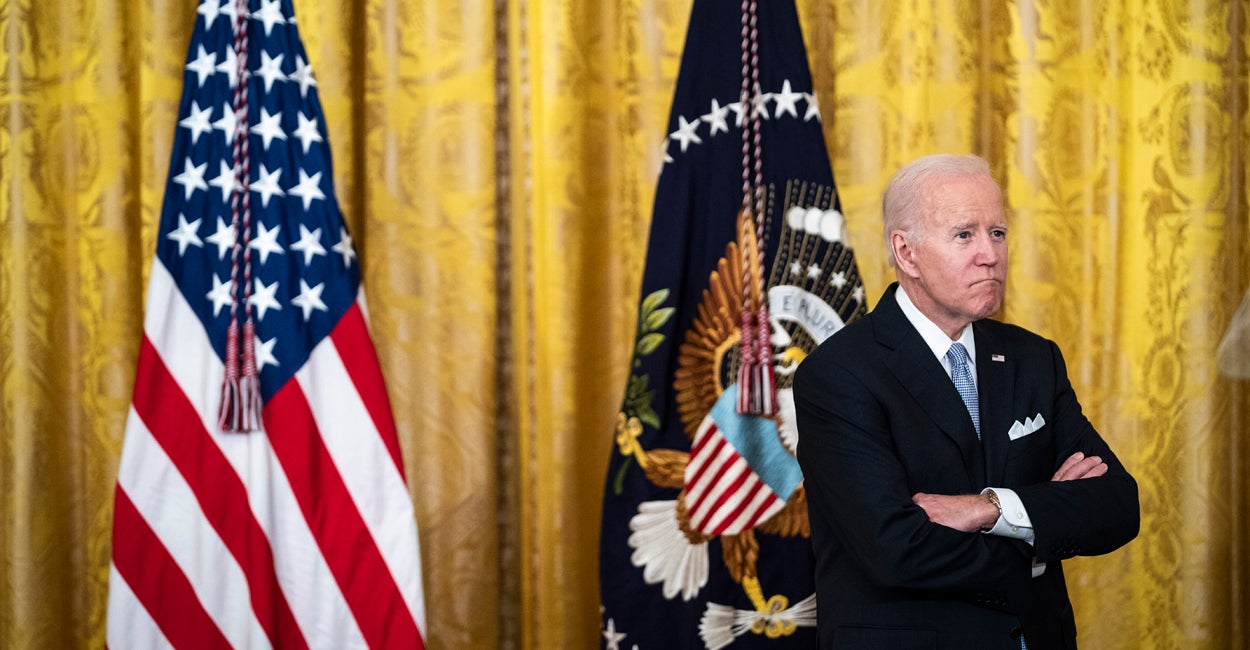 President Joe Biden signed an executive order, “Advancing Effective, Accountable Policing and Criminal Justice Practices to Enhance Public Trust and Public Safety,” on Wednesday. The title may sound good, but unfortunately, for the most part, it does none of those things. Instead, it’s a political statement designed to satisfy the left-wing base of his party.

If there’s any doubt about its political purpose, look at what Biden himself tweeted shortly before signing the order. He said, “I’ve called on Congress to pass the George Floyd Justice in Policing Act, but Senate Republicans have stood in the way of progress.” He went on to say that’s why “I’m taking action…”

Never mind that the George Floyd Justice in Policing Act was a deeply flawed piece of legislation.

And never mind that Biden’s order contains many of the same problematic provisions that an earlier leaked draft contained, which caused an outcry from law enforcement.

The root of many of the problems with this executive order stems from the Biden administration’s view that our nation’s criminal justice system is systemically racist. It’s not.

Yet, early on the order says that it “is time we acknowledge [this] legacy…” It goes on to say that in order to “heal as a Nation, we must acknowledge that … [fatal] police encounters have disparately impacted Black and Brown people and other people of color … and the echoes of their losses reverberate across generations.”

As my colleagues John Malcolm and Cully Stimson have previously pointed out, these “overbroad, inflammatory” claims “peddled” by elites and academics are false.

[O]f the roughly 375 million police-civilian encounters every year in this country… a miniscule fraction result in a civilian being killed, and most of those involve legitimate uses of appropriate force. … In 2019, for instance, police offices fatally shot 1,003 people, 235 (23% of the total) of whom were African Americans—only 14 of which, it turns out, were unarmed. …

The facts and statistics just don’t support the claims put forward by Biden’s executive order, which also calls for changes to certain criminal justice data collection practices. While some of the order’s directives to improve data collection and retention aren’t necessarily objectionable, concerns about their implementation remain, especially when The Equitable Data Working Group that Biden created in a different order is supposed to play a prominent role.

It’s also important that these data-collection and data-reporting requirements aren’t overburdening law enforcement agencies or creating unfunded mandates for them.

The order is also correct that officer wellness is important.

And it’s correct that recruitment, hiring, promotion, and retention practices are particularly important and that best practices should be developed and implemented.

But here’s what’s concerning: it says that “consistent with the First Amendment and all applicable laws,” those best practices should “help avoid the hiring and retention of law enforcement officers who promote unlawful violence, white supremacy, or other bias against persons based on race, ethnicity, national origin, religion, sex (including sexual orientation and gender identity), or disability.”

So, if you want to be a police officer and believe in traditional marriage or the biological fact that there are only two genders, you’re lumped into the same group as white supremacists or others who promote unlawful violence.

That hardly seems like a “best practice” or one designed to recruit and retain the best possible police officers.

The order also contains a push to establish a “National Law Enforcement Accountability Database.” Again, while this isn’t theoretically objectionable, the devil remains in the details. The order provides that inclusion in the database should respect “appropriate due process protections for law enforcement officers.” This is an improvement over previous proposals for such a database, but more information is needed about the details.

Even with safeguards in place, such a database could too easily be abused by partisan bureaucrats and political appointees to create what could amount to a defamatory blacklist of unfairly targeted law enforcement officers that would then be used to deny them employment and ruin their professional reputation.

Also troubling in the order is Biden’s directive to the attorney general to “strengthen communication with State Attorney Generals” in order to boost the Justice Department’s prosecution of what are called “pattern or practice” violations of federal law, which is when law enforcement officials and departments have a “pattern or practice” of engaging in repeated, intentional misconduct.

Everyone agrees that police departments should not mistreat civilians. But the problem is that such “pattern or practice” prosecutions are carried out by the special litigation section of the Civil Rights Division of the Justice Department.

As my colleague, Hans von Spakovsky, who worked in the Civil Rights Division, has written, the special litigation section itself has a “pattern or practice” of engaging in abusive investigations. The Special Litigation Section:

… is filled with “progressive” lawyers well known in the Civil Rights Division as having an incredible hostility to the police….almost all of the lawyers hired in this Section come from, or were members of left-wing advocacy groups…while there were numerous lawyers hired who worked at public defenders or for advocacy organizations for criminals and prisoners, not a single lawyer was hired with experience as a prosecutor or in law enforcement in a Section which has as one of its main jobs investigating the practices of local police. Do local jurisdictions really think they will get a fair, nonpartisan, objective hearing from the lawyers in this Section?

Law enforcement officers throughout the United States are already suffering from low morale, hostility from the media and other elites, crude stereotyping that classifies them all as racists, and increasing crime rates everywhere due to the defund movement and rogue prosecutors who refuse to prosecute the criminals they arrest. The last thing they need are more abusive, unjustified investigations by a partisan Justice Department.

The order also hamstrings the types of equipment that can be transferred from the military to local law enforcement agencies and restricts the types of incidents for which that equipment can be used.

While the order applies by its terms only to executive branch agencies of the federal government, it says that the relevant agencies should review their discretionary grant making authority and award grants to State, Tribal, local, and territorial governments and law enforcement agencies “in a manner that supports and promotes the adoption of policies of this order…”

Each year the federal government awards millions of dollars of these discretionary grants. In other words, if state and local governments don’t go along with the policies—even the divisive and problematic ones—contained in this order, the Biden administration will cut off their federal funding. It’s defunding the police by a different name.

If the Biden administration was serious about protecting minority members of communities around the country, these are the steps it would be taking.

Sadly, once again, the Biden administration has made playing politics its priority instead of meaningfully addressing the problems facing police and the public safety of the communities they serve.