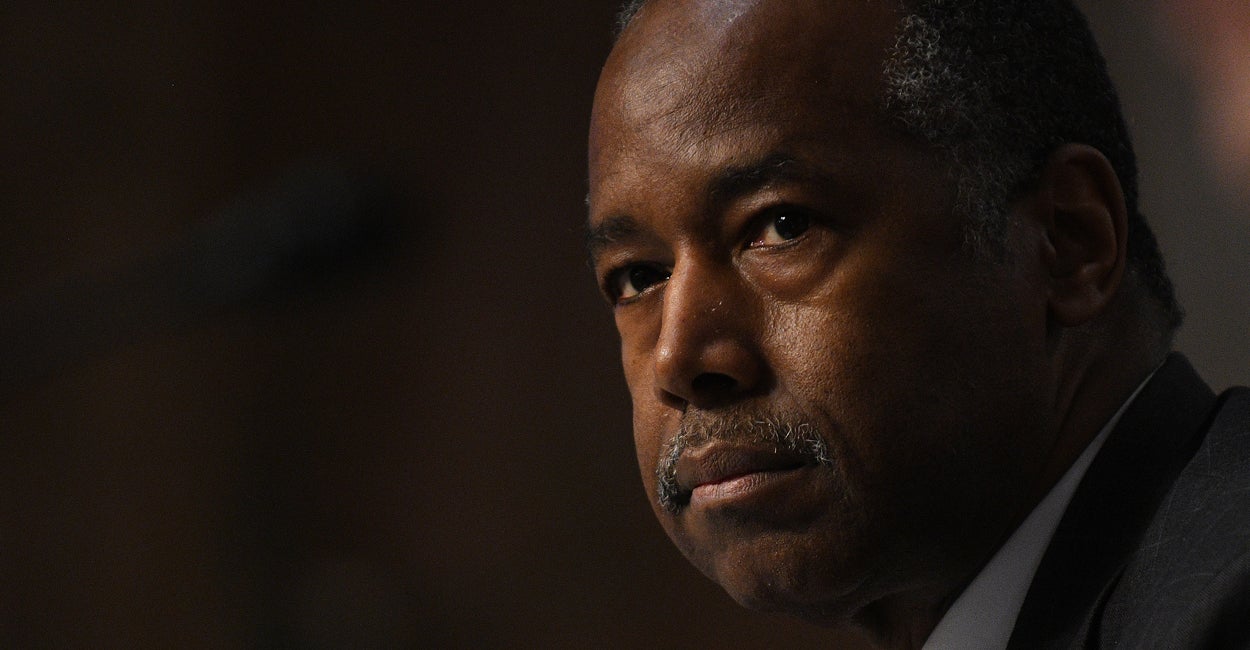 President Joe Biden’s immediate response to the school shooting in Texas is typical of “someone who’s been a lifetime politician,” former Housing and Urban Development Secretary Ben Carson says.

“Rather than emphasizing the terrible tragedy, what’s happened to those families, what’s happened to that whole community, how this is going to impact the lives of those children for the rest of their lives, you turn it into a political thing,” said Carson, an acclaimed neurosurgeon and 2016 presidential candidate, referring to the president’s speech hours after the shooting Tuesday in Uvalde, Texas.

In a seven-minute address to the nation Tuesday night from the White House, Biden expressed exasperation even as many facts were still out.

Carson told The Daily Signal that he objected to the president’s approach.

“There’s time to talk about the politics of it,” Carson said. “I don’t want to ever suppress that argument, but you don’t do that right after an event like this. The bodies haven’t even been properly buried yet.”

Democrats in Congress are echoing Biden’s calls for more restrictions on gun ownership, however.

Senate Majority Leader Chuck Schumer, D-N.Y., said the Senate will hold a vote on gun control legislation after the Memorial Day weekend. But without the Republican support needed to reach a 60-vote threshold to move legislation to a final vote, any gun control bill will fail.

Democrats are reported to be talking with their Republican colleagues on how to reach an agreement on gun control legislation. Regardless of how the conversations go between Republicans and Democrats, Schumer said, there will be a vote.

“Make no mistake about it,” Schumer said on the Senate floor Thursday, “if these negotiations do not bear fruit in a short period of time, the Senate will vote on gun legislation, gun safety legislation.”

Republicans and Democrats fired criticism back and forth Wednesday night after Schumer blocked a school safety bill called the Luke and Alex School Safety Act.

The legislation, named after two of the 17 students killed in the 2018 school shooting in Parkland, Florida, would require the Department of Homeland Security to create what it calls a federal clearinghouse on school safety best practices.

>>> Related: 4 Steps Every School Can Take to Help Prevent Shootings

Sen. Ron Johnson, R-Wis., called for the bill to be passed by unanimous consent. Schumer said no.

“GOP Sen. Johnson just tried for a bill that could see more guns in schools—I blocked it. The truth: There were officers at the school in Texas. The shooter got past them,” the New York senator wrote on Twitter.

“Not surprising that the Democrat leader would lie about the bill he blocked that parents of Parkland victims have been trying to pass for years,” Johnson tweeted in response. “Dems aren’t looking for solutions, they want wedge issues that they hope will keep them in power. Sick.”

Sen. Rick Scott, R-Fla., responded to Schumer on Twitter by calling him a “liar and a hack.”

Socialist Reddit group posts home addresses of Supreme Court justices, discusses hunting them down at their churches. TikTok user hint at using pipe bombs in retaliation to Roe v. Wade reversal.
STUPID: Toronto’s Largest School Board to Drop Requirements for Specialized School Programs in the Name of Equity
VIDEO: Truck drives through activists protesting for abortion rights in Iowa
Mark Levin clears up misconceptions about SCOTUS sending abortion conversation back where it belongs
Roe is Gone. What Comes Next?