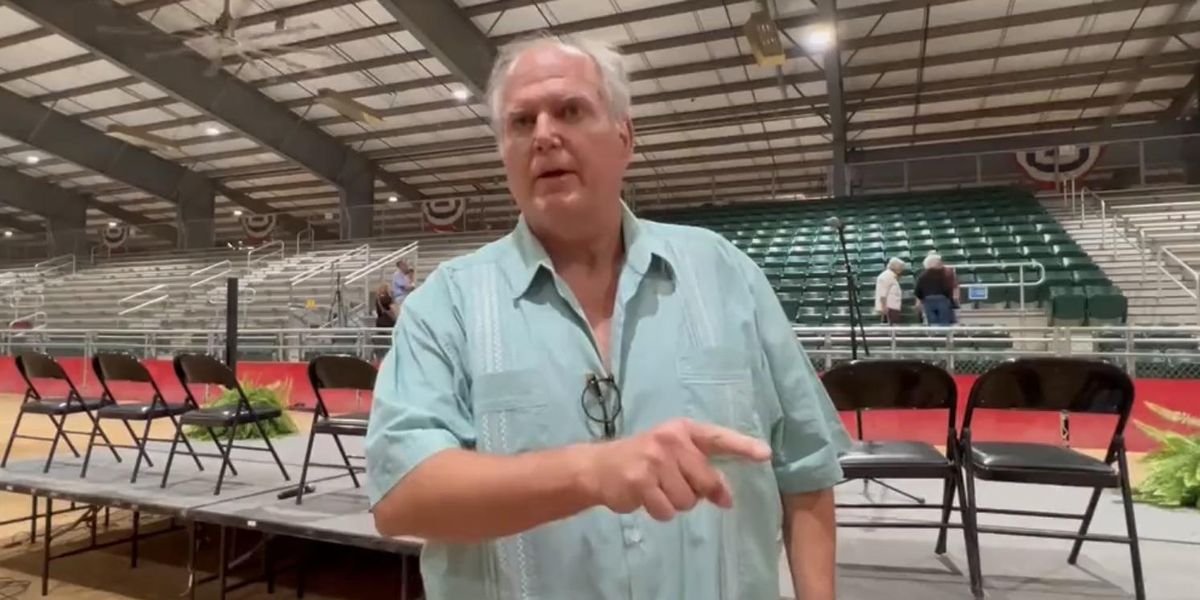 The mayor of Uvalde, Texas, fired back at critics on Wednesday who condemned his reaction to Democrat Beto O’Rourke interrupting a press conference about the Ross Elementary School massacre.

As Texas Gov. Greg Abbott (R) was finishing a press conference about the massacre, O’Rourke, who was sitting in the audience, interrupted the governor and shouted about the necessity of gun control.

Sen. Ted Cruz (R-Texas) told O’Rourke to “sit down,” while Lt. Gov. Dan Patrick told O’Rourke that he was “out of line” and called the former Democratic congressman an “embarrassment.”

The most stinging rebuke came from Uvalde Mayor Don McLaughlin (R), who told security they needed to remove O’Rourke before describing him as a “sick son of a b****.”

The incident, which went viral on social media, drew partisan reaction. Gun control advocates praised O’Rourke for “speaking truth to power.” But critics of O’Rourke condemned him for using the tragedy to score political points with his base. O’Rourke is running for governor of Texas.

What is McLaughlin saying now?

The Republican mayor told a reporter late Wednesday that he reacted negatively to O’Rourke’s outburst because the venue and circumstances were inappropriate for a discussion about gun control.

“If they want to have that discussion, that’s fine. But that event today was not the place or the time to come in there and attack the governor or anybody else there,” McLaughlin said. “If [O’Rourke] wants to have that discussion, have it outside somewhere separate. But not in that building where we’re trying to give the people there [an update about the tragedy].”

“This community is broken right now. No community should have to go through what we’ve been through in this community, and for a person to come in there and start that crap — I have no respect for Beto,” he continued.

“And the haters that hate, that send me the emails and the texts, to hell with you, too,” McLaughlin said bluntly.

u201cDon McLaughlin, mayor of Uvalde, on @BetoORourke crashing the press conference earlier today: u201cThat event today was not the place or the timeu2026I have no respect for Beto and the haters who hateu2026to hell with you too.u201du201d

McLaughlin’s concluding message for O’Rourke is that what he did was “wrong” because it further stoked the flames of partisan division.

“I don’t care if you’re a Democrat, a Republican, an independent, we’re American people — we’re trying to come together as a community,” McLaughlin said. “To do what you did today at that press conference was wrong. I’m sorry, but it was wrong.”

Curb Your Midterm Enthusiasm, Liberals
At least 42people found dead inside a Texas lorry
New York Attorney General Demands Google Scrub Crisis Pregnancy Centers From Search Results
Dozens of Democrats back ‘Trans Bill of Rights’ resolution
A man who moved to New York City complained about bodegas and the cancel culture mob got him fired from his job