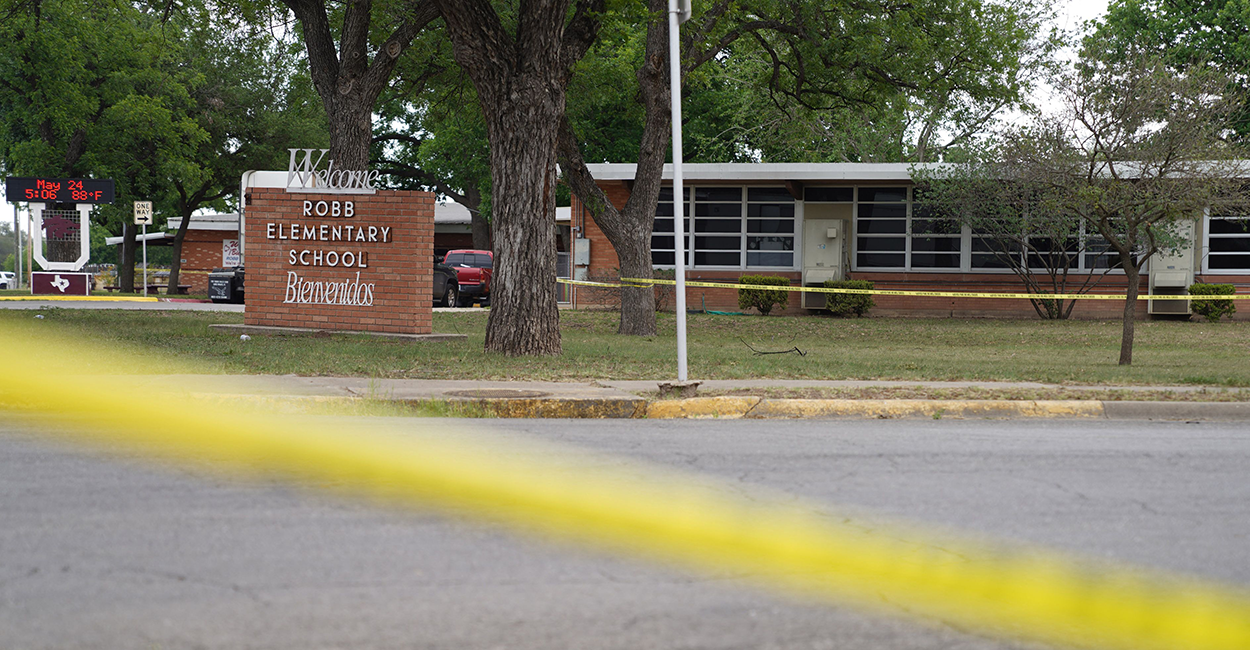 A shooter killed 14 students and a teacher at Robb Elementary School in Uvalde, Texas.

The gunman entered the school, located about 83 miles west of San Antonio, Tuesday morning and may have been carrying multiple weapons.

“It is believed that he abandoned his vehicle, then entered into the Robb Elementary School in Uvalde with a handgun, and he may have also had a rifle,” Texas Gov. Greg Abbott said during a news conference shortly after the tragedy.

The shooter, identified as a 18-year-old man, is also dead and is believed to have been shot and killed by law enforcement responding to the scene. (The Daily Signal chooses to avoid naming mass shooters.)

“What happened in Uvalde is a horrific tragedy that cannot be tolerated in the state of Texas,” Abbott said.

There are reports that the gunman shot his grandmother first before going to the elementary school and taking the lives of 15 people.

“Texans across the state are grieving for the victims of this senseless crime and for the community of Uvalde,” Abbott said in a statement Tuesday, adding that he and his wife are grieving with the affected families.

Cecilia and I mourn this horrific loss and we urge all Texans to come together to show our unwavering support to all who are suffering. We thank the courageous first responders who worked to finally secure Robb Elementary School. I have instructed the Texas Department of Public Safety and the Texas Rangers to work with local law enforcement to fully investigate this crime. The Texas Division of Emergency Management is charged with providing local officials all resources necessary to respond to this tragedy as the state of Texas works to ensure the community has what it needs to heal.

Abbott says his job, and the job of those investigating the shooting, is to address exactly what happened at the scene of the crime, and then to do everything possible to ensure another tragedy like this does not occur again.

Sen. Ted Crux, R-Texas, responded to the incident on Twitter, writing that he and his wife were “fervently lifting up in prayer the children and families in the horrific shooting in Uvalde.”

President Joe Biden and Vice President Kamala Harris were briefed on the shooting Tuesday afternoon and flags at the White House were lowered to half-staff.

Biden will deliver an address to the nation in response to the shooting from the White House on Tuesday night.

Biden at 500 Days
UVALDE UPDATE: We now know how BAD police botched it
Roe Falls: The End of the Beginning
Socialist Reddit group posts home addresses of Supreme Court justices, discusses hunting them down at their churches. TikTok user hint at using pipe bombs in retaliation to Roe v. Wade reversal.
Right to abortion overturned by US Supreme Court after nearly 50 years