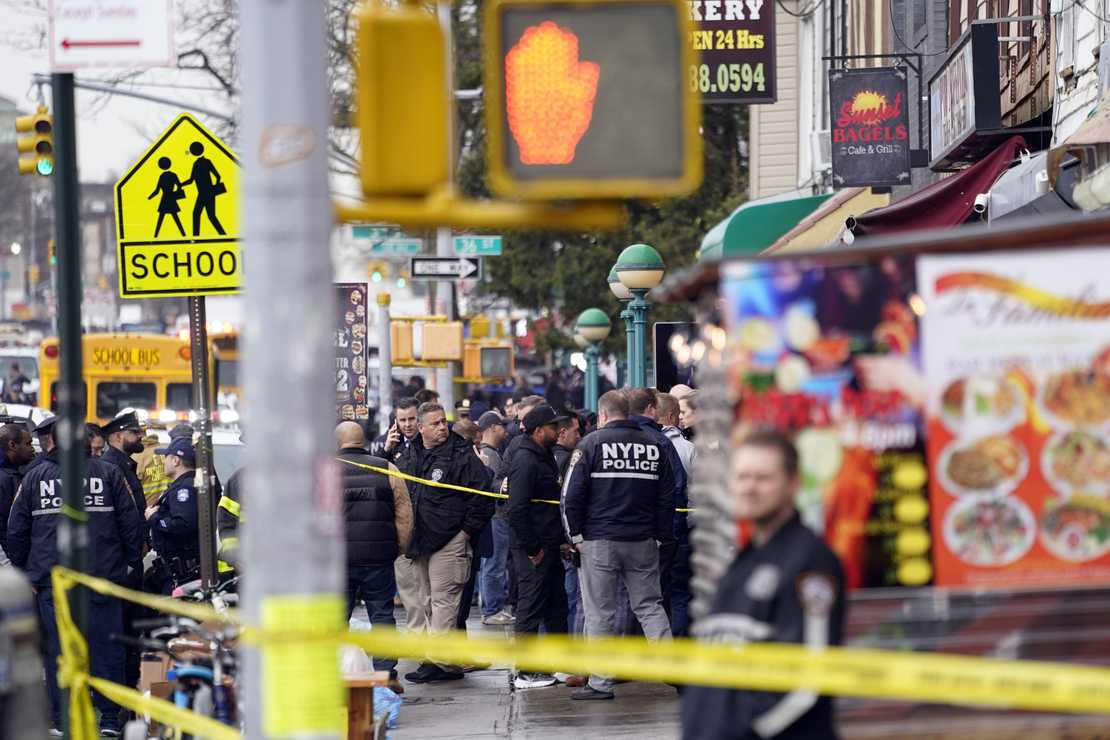 There was a large school shooting today. This time in Texas, at last count 18 kids, a fourth-grade teacher, the 18-year-old shooter, and his grandmother. As I was flipping back and forth between the NHL playoffs and the NBA playoffs on TV after the end of my day, I saw Golden State Warriors head coach Steve Kerr expressing righteous anger at a press conference. It was predictable, but I watched it anyway. He railed against fifty senators in the U.S. Senate, including Mitch McConnell, who are refusing to pass a universal background check bill for the legal purchase of firearms. I’m paraphrasing, but basically, Kerr railed against the refusal to “do something,” while fifty senators “hold the nation hostage,” and we’ve “become desensitized to these things.”

I took that prompt to ask if I have, indeed, become desensitized. I concluded that I’m not desensitized to the deaths of children. I’m a father and a gun owner. I’m weary of the debate. Every gun control proposal that gets trotted out in the face of an unspeakable tragedy, designed to take advantage of the raw emotions still processing in the psyche of America, would do nothing to solve the problem.

That’s the process to which I’ve become completely desensitized. I’m desensitized to the folks who have deconstructed every aspect of our society they can get their hands on and then wonder why some children have no hope and fall through the ever-widening cracks. I turned 50 last year. Sadly, I’ve been through a lot of these mass shootings now. Every time something like this happens we recoil in righteous horror, followed by special interest and political groups screaming about gun control. We have done everything we can as a society to destroy things like the church and the Boy Scouts via endless lawsuits, while allowing similar abuse to continue unchecked in other institutions that are not as eminently able to be sued. I’m looking at you, public schools. We’ve spent the past several decades watching declining membership in America’s churches, civic organizations, extracurricular character-building activities for kids, and basic civic involvement.

Meanwhile, we spend way more time worrying about the .001 percent of children who might be questioning their gender, targeting kids on the autism and Asperger’s spectrum for conversion without parental notification (don’t come at me, I know several parents of kids on the spectrum who had this happen). We don’t allow for tomboy girls, and boys who have trouble fitting in their skin, to spend their childhood in the unfettered discovery of their true identity, as we did in previous generations. We throw out all of the successful classical curricula that have been shown effective throughout the decades, to create an environment in which everything that ever existed is racist or oppressive. We are no longer allowed to say the U.S. Constitution is an expression of our aspirational goals as an experimental nation. We’re not allowed to say the United States of America is the boldest, most daring experiment in the history of mankind.

Framing every societal condition, positive or negative, in the simplistic Marxian framework of power dynamics, has led to disunity and confusion among the people. We are no longer aspirational as a society. We tell our kids the world will end in twelve years, despite overwhelming evidence that we’ve made so many things better in the world. Thus, too many of our citizens are not individually aspirational anymore. We only consider things in the framework of power dynamics of groups.

We’ve erased the individual to a tragic extent in America. When we do that, we erase individual aspiration, hope, and eagerness for the future. We erase individual salvation in the atonement of sin. We’ve largely disallowed even the concept of sin and therefore redemption. We’ve moved away from the two-parent family as the ideal to achieve.

A myriad of societal pressures and public policies often erase fathers from the picture.

We then remove the ability of law enforcement and the legal apparatus to hold individuals accountable for their individual actions. We create excuses for the perpetrators of violent crime because they had a hard life based on their immutable characteristics like skin color or ancestry, or societal traits like socioeconomic class, and we don’t hold them to standards.

It is, indeed, the soft bigotry of low expectations.

In fact, it’s worse than that. It’s a lifetime feedback loop that disembodies our young people and refuses to force them to consider the consequences of their actions.

Is it any wonder, then, when a kid on the margins starts being influenced by negative and evil forces, and he has no check on those influences? We flail about for excuses. It’s the video games with the violence. It’s the guns. It’s our Second Amendment culture. It’s our politicians who refuse to do anything. Meanwhile, we never engage in self-examination. What have we done to our society over the last 30, 40, 50 years that leads to more of these kids falling through ever-widening cracks? I can tell you one thing: the dominant forces in American society today–the mainstream media, social media, and cable news talking head shows–will never solve the problem. They aren’t designed to do it. They are only designed to create and foment and deepen conflict, because that sells ads and clicks.

In fact, maybe the solution to all of this is to turn off the TV, computer, and phone altogether, and join a Lions Club, attend a city council meeting, or invite the neighbors over for a barbecue. Maybe we need to let Judeo-Christian ideals back into the public sphere. Maybe, just maybe, we need to have higher standards for ourselves, each other, and our response to evil and tragic actions.