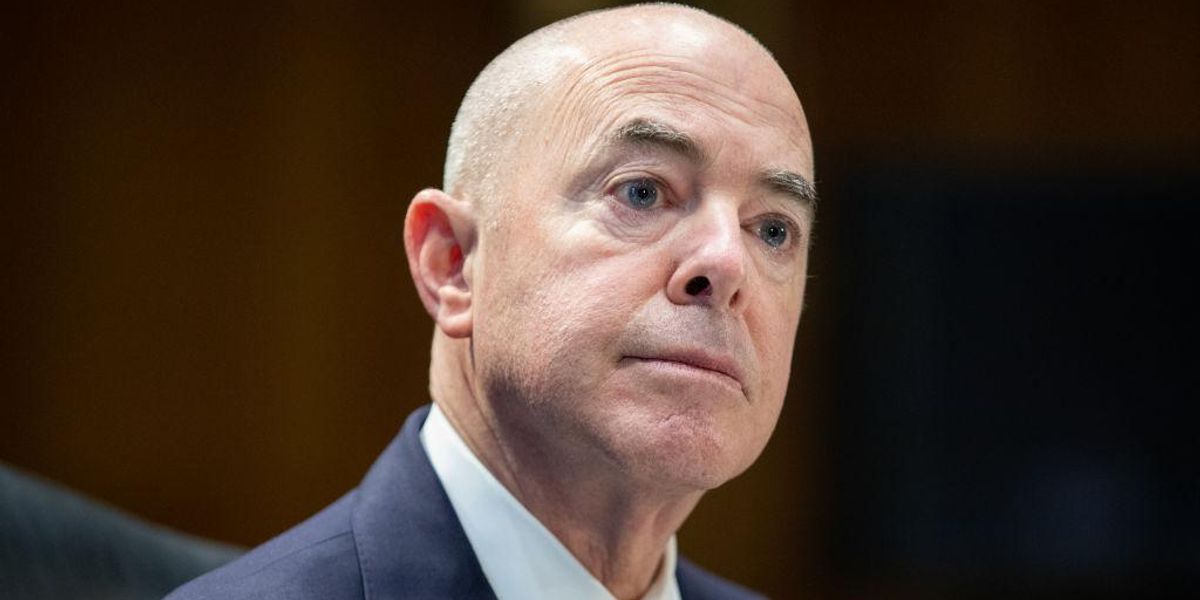 Homeland Security Secretary Alejandro Mayorkas warned Tuesday that already “historic levels” of illegal immigration are likely to rise and that migrants should be aware they will be “sent back” if they appear at the southern border.

“The United States continues to enforce its immigration laws. Individuals and families should not put their lives at risk by taking the dangerous journey only to be sent back,” Mayorkas said in a video released by the Department of Homeland Security.

“The restrictions at our southwest border have not changed. Single adults and families encountered will continue to be expelled, where appropriate, under Title 42. And those who are unable to establish a legal basis to remain will be removed,” he added.

The secretary’s statement comes days after a federal judge blocked the Biden administration from ending the Trump-era pandemic health order known as Title 42, which requires asylum-seekers to wait outside the U.S. while their claims are processed and expedites deportations of those who entered the country illegally. Immigration activists have called for President Joe Biden to end the order, saying the pandemic restrictions are no longer necessary and that the policy is motivated by racism or xenophobia.

However, when the U.S. Centers for Disease Control and Prevention announced Title 42 would be lifted in April, several Republican-led border states sued, arguing the Biden administration had not properly weighed the costs states would assume from an inevitable surge of illegal immigration once the order was lifted.

Axios reported Tuesday that as many as 50,000 migrants are waiting in Mexican shelters for Title 42 to end so they can cross into the United States. Internal data from the DHS reportedly says about 8,000 people are trying to illegally cross the southern border daily.

On Friday, U.S. District Court Judge Robert Summerhays of Louisiana ruled against the government, finding that the end of Title 42 would pose “significant threat of injury” to the states.

In response, Mayorkas confirmed that Title 42 will continue to be enforced at the border.

“The U.S. Border Patrol already is managing numbers at historic levels due to large movements of people fleeing violence, corruption, poverty, climate change, and other hardships. And numbers could rise further from confusion over recent court orders and as smugglers continue to peddle misinformation to make a profit,” he said in the video.

Mayorkas added that the DHS is working with other federal agencies and south and central American governments to deter migrants from attempting to make the journey to the United States.

“The bottom line is that U.S. borders are not open,” he said.

“Do not come to the border. Do not put your life at risk only to be sent back.”