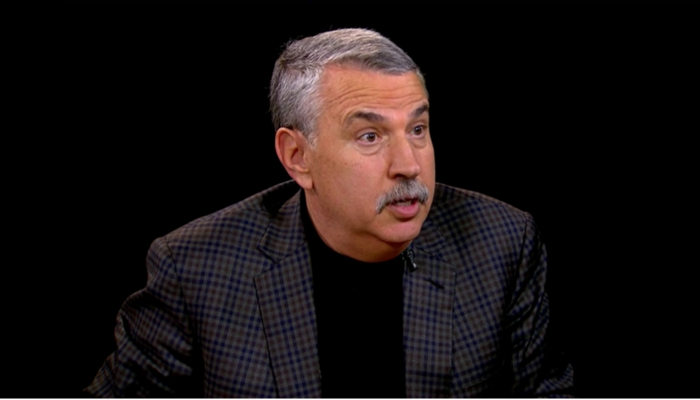 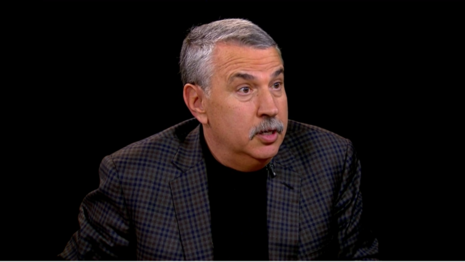 President Biden’s minders have kept their man away from granting interviews – with reporters who overwhelmingly voted for him. Republicans went on Twitter to mock Biden when he reached 100 days since his last interview on February 10.

This is a pattern. Biden sat for just 28 interviews during his first year in office, compared to 168 for Obama – and 95 for Trump, who reporters hated with white-hot intensity.

This is not just TV interviews, but print interviews.

Instead, New York Times columnist Thomas Friedman just wrote a column about grabbing lunch with Biden at the White House  – off the record. He said the tuna sandwich was great and the chocolate shake was amazing. But he couldn’t divulge what was said. But he insisted Biden is tremendously capable and competent.

“For all you knuckleheads on Fox who say that Biden can’t put two sentences together, here’s a news flash,” Friedman wrote. “He just put NATO together, Europe together and the whole Western alliance together — stretching from Canada up to Finland and all the way to Japan — to help Ukraine protect its fledgling democracy from Vladimir Putin’s fascist assault.”

Only Fox “knuckleheads” doubt Biden’s prowess. Putin’s “fascist assaults” on Ukraine keep happening, under Obama and then Biden, but Biden’s a super-diplomat.

Then Friedman relayed he left his lunch with a “heavy heart” because the president is “worried that while he has reunited the West, he may not be able to reunite America.” He lamented both the Trumpist Republicans and the “far-left wing” of the Democrats.

After worrying about Trump pushing the “Big Lie” and his affiliated 2020 election deniers, Friedman warned “My formative experience in journalism was watching Lebanese politicians go there in the late 1970s and plunge their frail democracy into protracted civil war. So don’t tell me that it can’t happen here.”

In this scenario, Biden is somehow a “Uniter In Chief,” and Friedman forgets all Biden’s “Jim Crow 2.0” smears and comparing Republicans to racist Democrats like George Wallace. But then, Friedman in 2016 suggested the election of Trump was a “moral 9/11.” Rhetorical restraint and post-election unity aren’t his tendencies.

Friedman ended with the notion that Republicans should forego their party for a “center-left” Biden – except the radical leftists are ruining it.

The leftists hated this take, naturally. Friedman avoided any notion that the 2020 Democratic platform was a radical tract, and his own bragging on “Meet the Press” in 2012 that he considers himself a “Planned Parenthood Democrat on the issue of choice… Period. Paragraph. End it.” So who’s extreme?

In the long game, Biden knows that he can avoid interviews and replace them with gushy lunches with columnists like Friedman, who emerge from the White House singing praises to the president’s great competence and unifying abilities. Journalists can be bought with a chocolate shake, so who needs transparency?