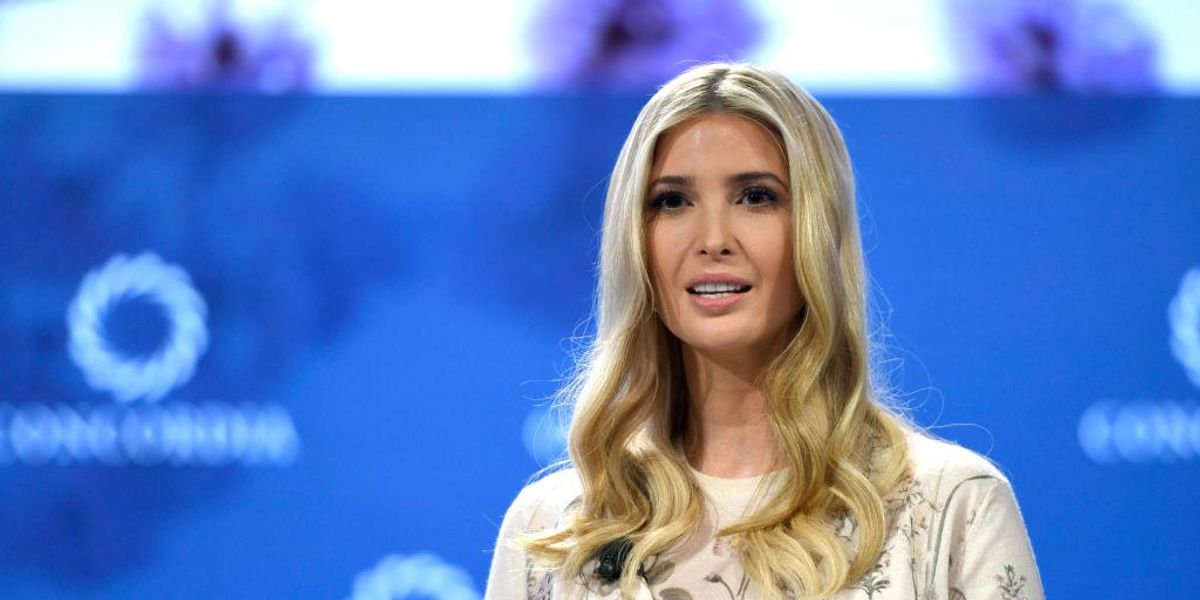 The former president’s daughter shared the experience with her followers on social media, the New York Post reported.

She said, “Grateful to have spent the last few days in Krakow & Warsaw to meet Ukrainian and Polish faith leaders who have shown so much compassion & love to Ukrainian families in need & for the opportunity to bear witness to the love, strength & resilience within each of these families.”

Grateful to have spent the last few days in Krakow & Warsaw to meet Ukrainian and Polish faith leaders who have shown so much compassion & love to Ukrainian families in need & for the opportunity to bear witness to the love, strength & resilience within each of these families.pic.twitter.com/nq3ZD5ORRo

Ms. Trump shared photos of her playing the guitar alongside a young girl, chatting with teenage refugees, and standing with a mother and her newborn child.

Her trip materialized through an invitation from CityServe, a non-profit organization that has been delivering food and aid to refugees.

The Daily Mail reported that a spokesperson for the organization said, “There [Ivanka Trump] met with dozens of pastors serving Ukrainians on the frontlines, many of which helped support the one million meal distribution in March.”

“This week, they brought meals, financial support and toys to dozens of Ukrainian families seeking both short-term and long-term refuge in Poland until they can safely return to Ukraine,” the spokesperson added.

Reportedly, Ms. Trump has been involved in several efforts to provide relief to Ukrainians in need since March. CityServe says that she has purchased and helped distribute one million meals into Ukraine and was vital in delivering several cargo planes worth of requested medical supplies that will be distributed among hospitals and clinics throughout Ukraine.

In late April, U.S. Secretary of State Anthony Blinken and Secretary of Defense Lloyd Austin met with Ukrainian President Volodymyr Zelenskyy to discuss the U.S. federal government’s role in providing the Ukrainian military with more than $300 million in financing. In early May, House Speaker Nancy Pelosi and a delegation of Congressional Democrats met with Zelenskyy to show support for the Ukrainian government. Shortly after Pelosi’s trip to Ukraine, First Lady Jill Biden made a surprise trip to Ukraine and met with her Ukrainian counterpart, Olen Zelenska.

About a week after the first lady’s trip to Ukraine, Senate Minority Leader Mitch McConnell led a delegation of Congressional Republicans to meet with Zelenskyy in Ukraine’s capital city of Kyiv.

There are currently no known plans for President Joe Biden to visit Ukraine or host Zelenskyy.